From Bank to Bar: Brews and Boos in Burton, Texas 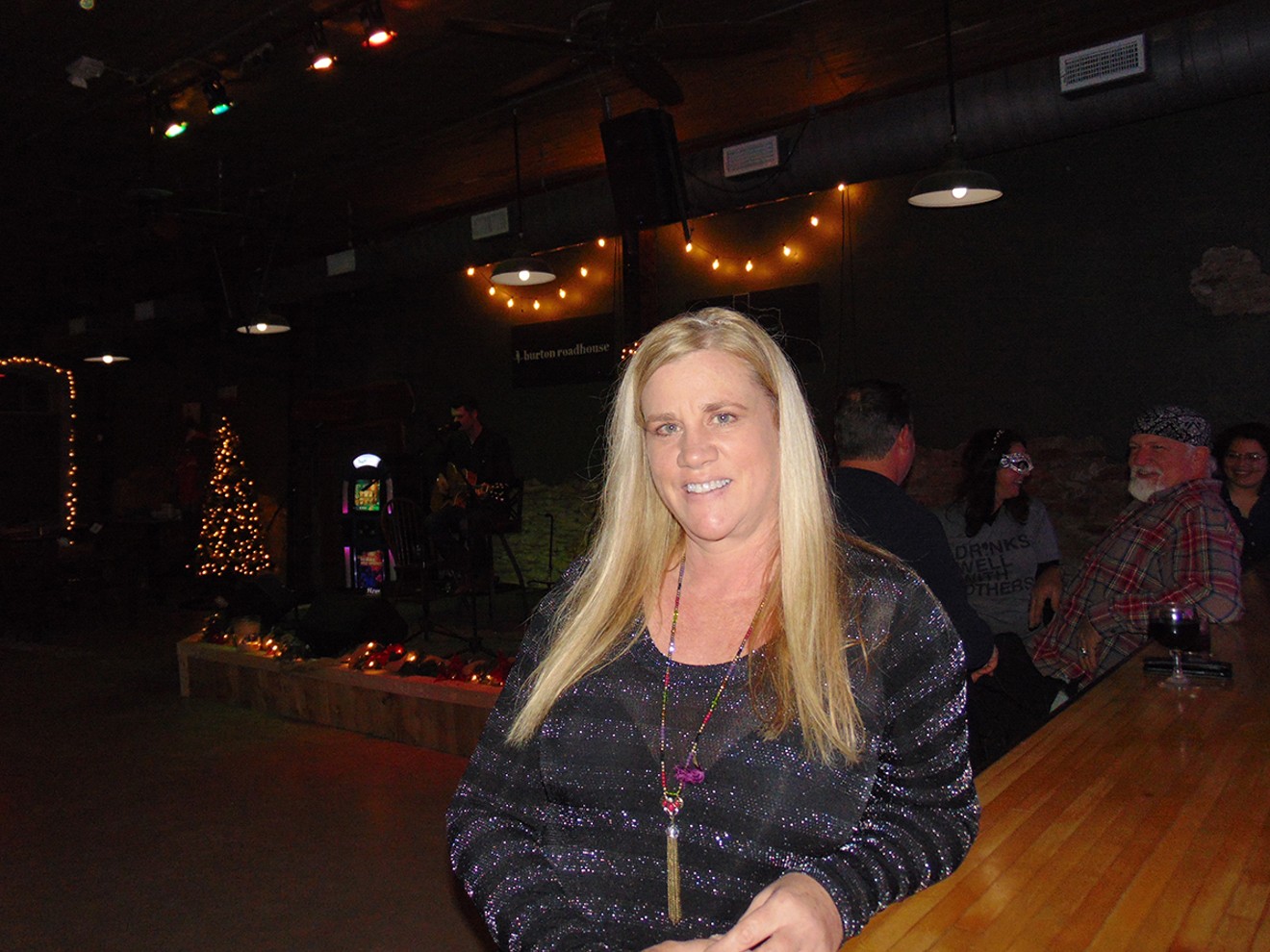 For seven years Melissa Russell and her late husband, Stephen, hosted house concerts in the Houston Heights and Round Top. They finally decided to live the dream, purchasing historic buildings in Burton and remodeling them into the Burton Roadhouse. Photo by Mark Herman Reyes
Retirement plans come in all shapes and sizes. Some folks plan to travel, others decide to take up playing bridge, but for Stephen and Melissa Russell — who must have been the coolest couple around — they decided to take their popular house concerts one step further by opening up a roadhouse.

Having lived in both Houston and Round Top the couple was already familiar with the area — along Highway 290 halfway between Houston and Austin — and settled on a trio of connected historic buildings in Burton, Texas. But life isn't always fair and, right around the time they began remodeling the structures, Stephen was diagnosed with stage four esophageal cancer and given months to live.

They wavered in their plans, but only for an instant, and Stephen said that he'd like to see the dream come true. Although he died early in January 2017, Melissa has followed through on their vision. She's struggled against all sorts of odds, found a sense of community after her husband's death and, quite possibly, has entertained a ghost or two.

Former home of (L) Burton State Bank, (center) Knittel Store and (R) coop. Melissa and Stephen Russell converted the buildings into the Burton Roadhouse with (L) kitchen and bathrooms (center) stage and dance floor and (R) pool tables.
Photo by Rene Gomez (Renelibrary) via CC
The town is located just a hop, skip and a jump from nearby Washington-on-the-Brazos, the birthplace of Texas, and early history is murky. We know that a Dr. W.M. Mayfield owned one of the buildings in 1881 and a druggist administered tonics there; in 1906 it became the home of the Burton State Bank. The bank closed briefly during the Great Depression, but only for three days, and remained there until it relocated in 1965.

Burton was also sort of a Peyton Place, with its own share of jealousy, arson and general tomfoolery. One of the bank's board of directors was Herman Knittel Sr., an entrepreneurial sort of fellow who founded a church, dabbled in politics (in 1884 he was elected on the democratic ticket to the Texas State Senate), and who owned the adjacent Knittel Store (shown above), a barn and a magnificent three-story home in the center of downtown.

Knittel must have pissed somebody off — it could have been politics or jealousy — but in 1898 an arsonist started a fire at the Knittel barn and also at the Knittel Store. The flames took hold and the fire spread to the Burton Depot (which served the Austin-Houston route along the busy Houston & Texas Central Railroad), a lumber yard and the prestigious Washington Hotel. After the fire the building on the far right lost its second story.

This scene from 1906 shows the buildings on Railroad Street, now home of the Burton Roadhouse. The photograph was published in the History of Burton, Volume II, by Annie Maud Avis.
Photo courtesy of Burton Heritage Society
As for evidence of ghosts, strange occurrences have happened inside the Burton Roadhouse since it opened for business. The staff has come in and they'll find the lights are up, or they'll open and find that the jukebox has been turned on. Perhaps it's because the buildings are finally seeing activity after all these years, or it's because the building was struck by lightning thus opening the door to a parallel universe, or maybe it's the fact that Knittel's great, great, great granddaughter, Fawn Knittel, works there as bar manager. Fawn says that whenever these strange things happen, it's become habit to laugh and say, "Oh, that's Grandpa Knittel again."

The former bank building now houses the kitchen area, bathrooms and wine cellar for the Burton Roadhouse. But in the 1980s the space housed City Hall, an evidence room, and even contained a pair of holding cells. Melissa says customers come in occasionally and say they've served time in one of those cells.

The Burton Roadhouse is open Wednesdays through Sundays at 518 North Railroad, Burton, Texas.
Photo by Peachy Val Photography
So from the banks and (jail) bars of yesteryear to the brews and boos of today, it's nice to see that a little piece of Texas history can keep reinventing itself.

The Burton Roadhouse makes killer pizzas and serves up Sunday brunch with a hair-of-the-dog Bloody Mary bar. It is located about 90 minutes outside Houston and Austin at 518 North Railroad, Burton, Texas, 979-289-0013, burtonroadhouse.com.