DeLorean Opts for the Basics on Take Me Back 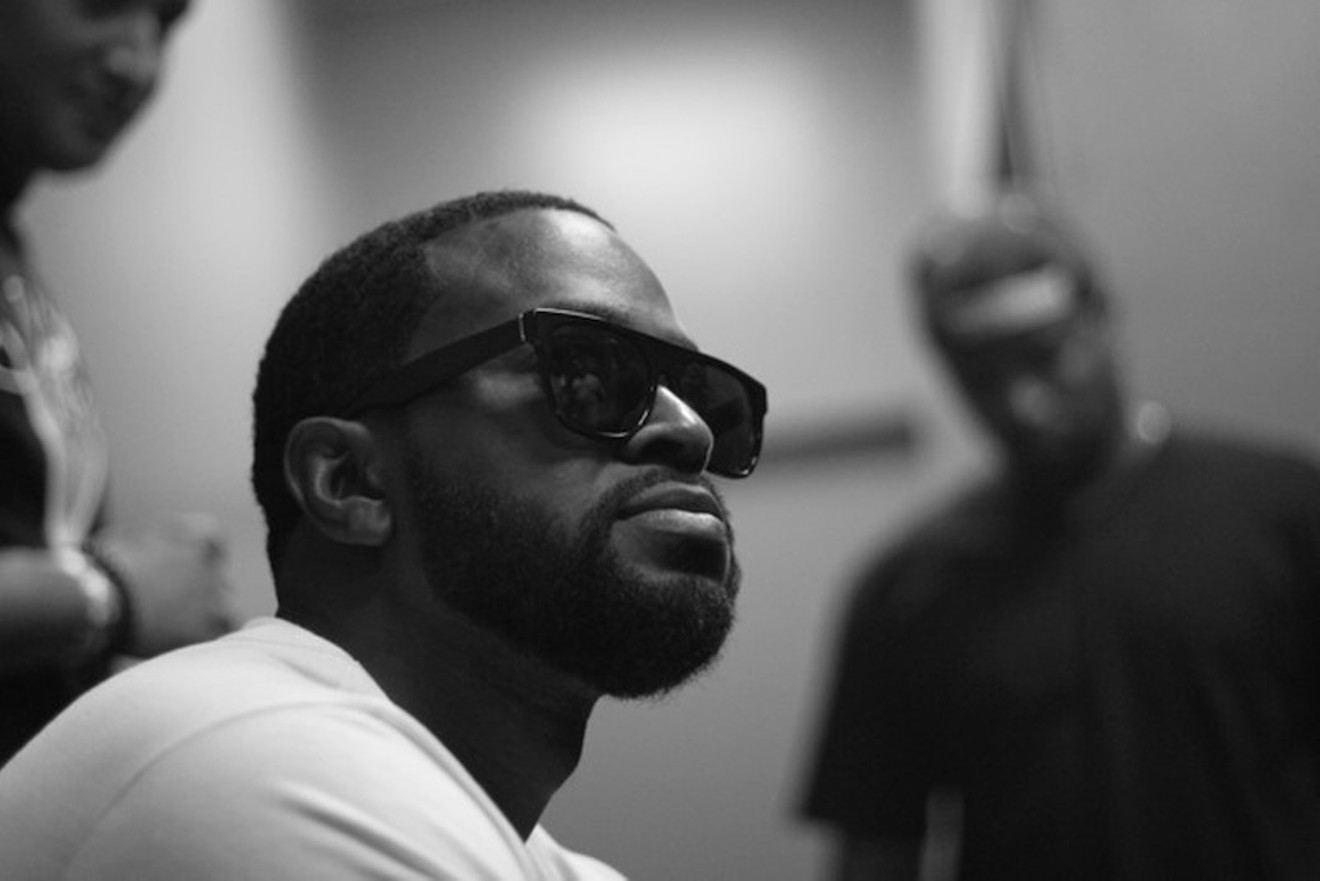 DeLorean backstage before his set Photo by Marco Torres
Super Bowl week didn't need much of a soundtrack, yet Slim Thug and DeLorean provided it. In actuality, Delorean made more of a straightforward reintroduction as to who he was as an artist. That’s always a fascinating case study. With every release a musician makes, we constantly run back to the wall and mark off a level higher than the previous one. Slim catered to the entire city; a 6’6” slim dude who played A&R and let no less than 14 different rappers own a piece of his mixtape. DeLorean only needed two. A platoon of producers from Trakksounds to Donnie Houston contributed to what Slim Thug created. DeLo stuck it out with PugTunes to create something bluesy and chop-you-in-the-throat impactful.

We’ll relive the music of the last week one by one. When DeLorean figured he wanted to go back to his essence of rapping for sport, fans got Take Me Back. There aren’t any pre-determined radio singles such as “Picture Me Swangin’” here, yet there aren’t any painstaking moments of soul-reaching honesty like “Khloe” from Hood Politics 2. Yet Take Me Back feels as if it belongs in the same family-reunion photo as DeLorean’s fabled mixtape series. The intro alone uses his ratcheted-up angst and takes a hatchet to everyone within the long-distance roar that was “Aaaggghhh,” before slowly stripping to reveal something else. DeLorean is pissed in that cold Frank Lucas kind of way. DeLorean knows he’s still hustling for his daughter but he won’t ever play by Internet rules. Memes and jokes? DeLorean’s not for the funny stuff. Either you’re going to out-rap him or you’re not, period.

“I used to wanna be MJ, now I think I’m Earl Manigault,” is street-legend hubris if anything. That’s sort of been the archetype for DeLorean, someone who has put out music at a consistent pace since 2009, if not longer. From Grace to Look Alive and constant tours with Big K.R.I.T., his name has emerged and is now repeated with a kind warmth. The baritone hasn’t changed; not as much exasperation toward it. When he pushes it up against PugTunes’ collection of horns and drums for the jazzy roll of Take Me Back, it works with an even greater authority. PugTunes, an underrated act in his own right, had been pushing beats along Show Louis tapes, and all three elements combine on “Heaven From Da Bottom,” where Show reveals maternal stress is nothing compared to getting shot and almost dying. DeLorean counters with a Jay Z bar (“put me anywhere on God’s green Earth, I’ll triple my worth”) and as urgent a 16 as you may hear from him (“They say right before success / It feel like rock bottom / I got em, I slip my ashy knuckles right out my pocket/ Now, go play in traffic, lick a socket/ Tell me about meetin' people / Just keep my name off the docket.”)

The weariness and pull of Take Me Back is evident throughout its 30-plus minute runtime. DeLo could laugh heartily about an issue in his life, but there’s not much certainty behind it. Not like a madman, but more like a desperate one. The centering aspects of tracks like “Flowers” with Bleeda, one of the Southwest's foremen's orator of life-and-death jive, especially next to pearls of wisdom on “I Swear 4 Lawd." He’s aware shit sucks in real life, that Super Bowl parties are cool but he'd rather enjoy building decks and staying away from all of it. As long as DeLorean has existed as a rap thing, he’s walked with a preying sense that all of it could be gone. It’s why he rarely mentions his age (a similar tactic is used by Killa Kyleon, but you could guess DeLo is in his early thirties) or where the end game for everything is going to be. Rap is as serious as it’s going to be for DeLo. The more he’s managed to assert himself as one of the city’s more beloved sons, the more he’s going to stand on the same ground as way more established and beloved acts. When he was releasing singles at a staggered pace, he questioned how long the love would last. He thought forever, but I'm curious as to how many people not exactly glued into Houston rap on the daily would remember how long “Picture Me Swangin’” worked 97.9 The Box.

Maybe that’s why Take Me Back exists. Maybe that’s why PugTunes is on board to zero in on bringing out the best of DeLorean with Tecmo Bowl blips, Jumanji clips and the occasional quips from Smokey from Friday and a sample of Mary Jane Girls’ “All Night Long.” Because one kick-ass rapper who people still put in the “oh, him” category deserves an equally underrated producer who gets little credit for being an actual kick-ass producer. PugTunes and DeLorean were made for one another. And in a moment of brevity, DeLorean let everything off that needed to be said.

Maybe then he’ll be loved forever.