Martin Wouldn't Be Classic TV Without These Side Characters 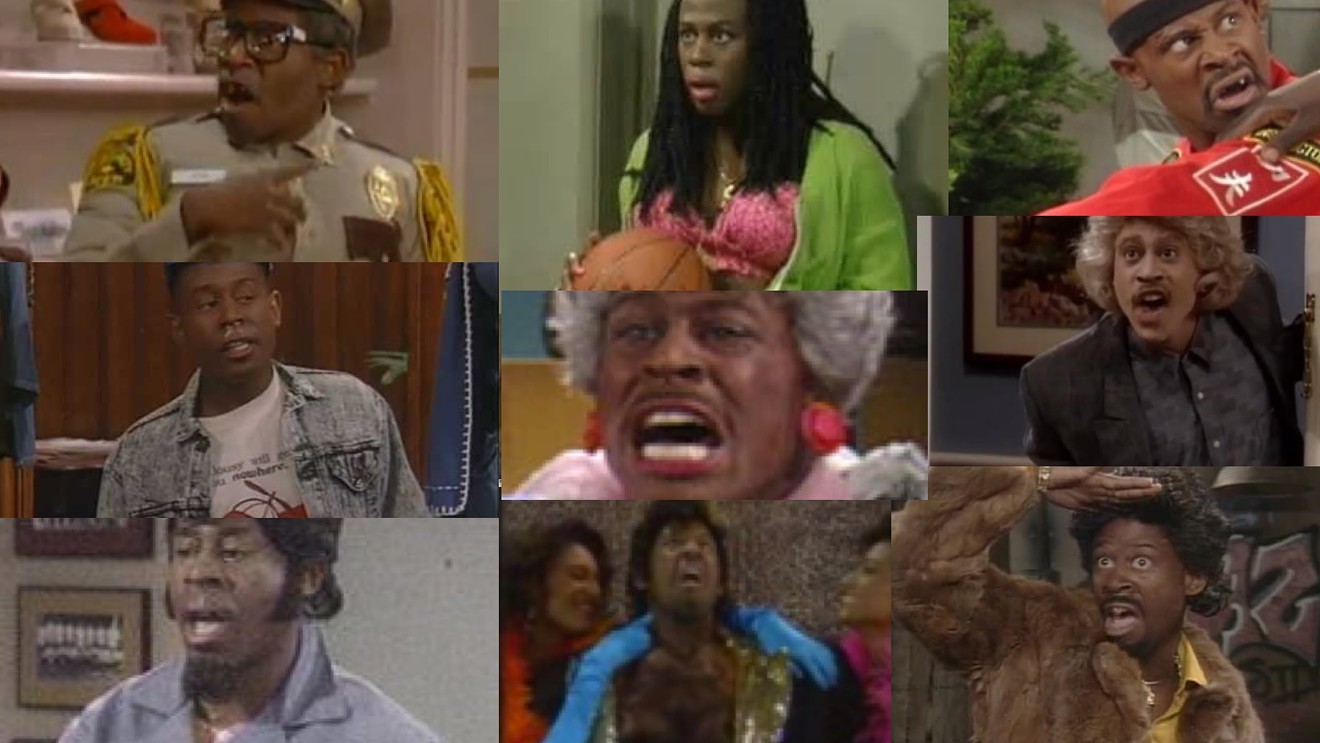 Martin presented a community of absurd characters, which resulted in a classic television show. Screenshot/YouTube
Martin Lawrence took the fruit that Eddie Murphy planted in the 1980s and decided to make his own tree. From 1992 to 1997, Lawrence was allowed free rein not only as the host of HBO’s Def Comedy Jam but also as a film star in action epics (Bad Boys), slick comedies (Nothing to Lose) and even dark pieces he wound up writing and directing (A Thin Line Between Love and Hate). He also played a minor role that wound up becoming his film breakthrough (1992’s Boomerang) and owned everything in the Spike Lee-directed concert film You So Crazy!, where he continued the newfound comedy tradition set forth by Murphy by donning leather, albeit in his own ’90s way. In a five-year span, Martin Lawrence was everywhere, but his signature vehicle, the sitcom Martin, was a show about everything and nothing at the same time.

In the Martin universe there is Detroit, an odd setting considering that a) Lawrence is from Washington, D.C. and b) the only real aspects of Detroit involve mentions of actual Detroit properties such as the Pistons, Tommy “Hitman” Hearns; the Garden Court Apartments, where Martin and girlfriend Gina lived (2900 East Jefferson Avenue); and the Wayne County Building (600 Randolph Street), infamously known for the scene in which Tommy Strawn, Martin’s best friend, told the world what “GTD” truly stood for.

Otherwise, Martin invited figures from the real world to partake in a fictional one: Snoop Doggy Dogg in a fully blown-out afro crashing a party with Randall Cunningham, or The Notorious B.I.G. crashing on Martin’s couch while Gina and her best friend, Pam, attempted to prove they could sing. Or, most important, the time Christopher “Kid” Reid guest-starred as love interest to Sheneneh (Lawrence in hilarious drag). In no short order, the Martin universe revolved around Lawrence’s multitude of characters, both in drag and as flat-sided creations and the citizens who would stop by and show their face: the "Core Five" of Martin, Gina, Pam, Tommy, and Cole, but also Roscoe, Mama Payne, Miss Trinidad, Sheneneh, Keylolo, Otis, Varnell Hill, Angry Man, Hustle Man, Bruh-Man, Stan, Dragonfly Jones, Ms. Gerri, Buckwhite, Nipsey, and Big Shirley. All of them hold a prime space in Martin's Detroit. All of them are important in their own little way.

The show was built around Lawrence's Martin Payne, more or less a black Archie Bunker, and added a good dose of slapstick. For four seasons, it was the perfect mix of coming-of-age comedy, romance and ridiculousness. No one with a pulse considers the fifth season to be anything, because behind-the-scenes issues fractured the chemistry of the show. But instead of just picking the best episodes in the history of Martin, we have to discuss which side character is the most important in the show’s history. Side character, of course, means guest stars and the many recurring characters played by Lawrence, but excludes the Core Five. We’ll even go with a simple 10.

10. Dragonfly Jones
When I think of Dragonfly Jones, I think of a self-defense class where only one person successfully defended himself — the guy whom Dragonfly Jones constantly owed money, Kenji. The name, however, lives in infamy solely because of how ridiculous Martin looked as a buck-toothed karate master; the term “master” is used as loosely as possible. No one except his student managed to get more out of DFJ and when he was around, he was always extra with-it. Still a Top 10 Halloween costume, though.

Screenshot/GIF
9. Reverend Leon Lonnie Love
David Alan Grier as a shady pastor only appeared in four episodes, but my goodness did he manage to kill in them. No one has ever made a church entrance quite like him. Also, nobody may ever make a church entrance like him because it is essentially the alpha and omega of big-personality church entrances.

8. Varnell Hill
Two episodes. It took only two episodes for Varnell Hill (Tommy Davidson) to become one of the all-time guest stars in Martin history as Martin's rival DJ and nemesis. The exchange at the radio station between him and Martin in regard to how Varnell was living is an all-timer filled with backyard lakes of catfish, a basketball court where Larry Bird filmed a commercial, and more. It just continued into a follow-up episode in L.A. where Martin became the fifth member of Jodeci. Again, Varnell Hill’s mere existence made this happen. “Did ya miss me?!”

7. Roscoe
The snot-nosed juvenile who was running dice games in elementary school. Maybe it was intentional, maybe it wasn’t. But the wide majority of Martin’s side characters he happened to play existed solely to antagonize Gina and Pam. In a way, Roscoe is the lite version of Sheneneh. Was he ever in school? No. Was he ever in the line of right and wrong? No. But in the rankings of “kids” on Martin, he’s always No. 1. No. 2 is the boy who swore that Martin was his father and left us with the classic “Sorry, Martin, I didn’t want to go to Arizona.” At least Roscoe would have been straight-up from the jump.

6. Otis
Where do you rank Otis? Near the top of the first half but not necessarily above the Top 3. Otis had one job, security. Was he the most non-Barney Fife security guard in Detroit? He damn sure was. He even knew a few moves Dragonfly Jones didn’t in regard to taking care of Pam and Gina when they were in trouble. Most of all, Otis maintained that he looked good despite the coke-bottle glasses, the equatorial belly, the high-water pants and the most…unpleasant teeth-to-gum ratio ever displayed on prime-time television.

5. Hustle Man
In all great neighborhoods, rich and poor, there is one neighbor who for whatever reason will hook you up. And even though Cole Brown’s suggestion of “Rent ‘Em Spoons” is the second most ridiculous venture brought on by one of the Core Five, Hustle Man invoked the spirit of capitalism. You may have asked Hustle Man too many questions, but he always had merchandise on him, even if that merchandise was a little…suspect. How many jobs did Hustle Man have listed on his résumé? Wedding planner, dog trainer, kazoo saxophone player, pizza man and more. He sold you Thanksgiving dinner in the form of a free-range chicken. It was free to him. To you? It’s in the range of $10 to $15. Pick up the pieces when Hustle Man’s around.