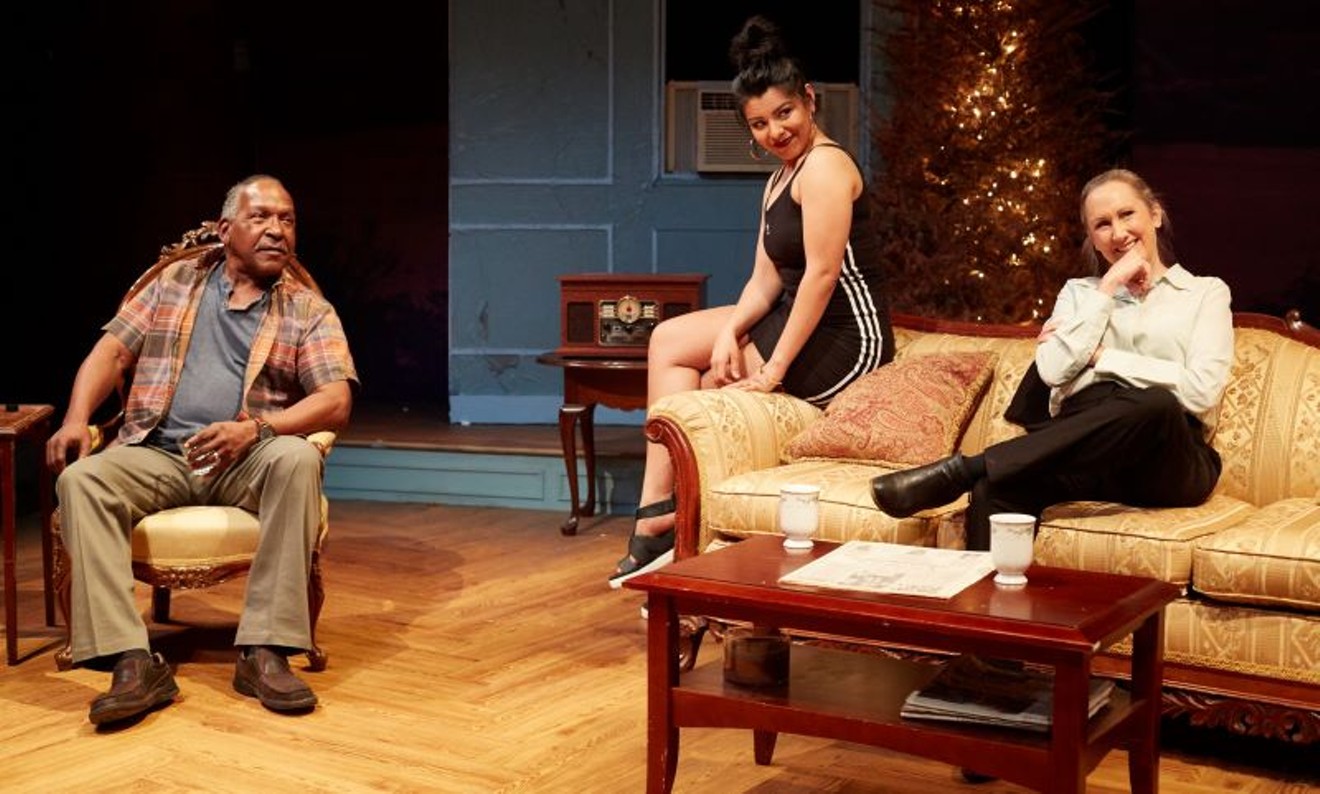 4th Wall Theatre Company will open its 2020-21 season with Between Riverside and Crazy. Photo by Gabriella Nissen

To kick off its 2020-21 season, announced today, 4th Wall Theatre Company is beginning with Between Riverside and Crazy, the Adly Guirgis Pulitzer Prize winning play that was part of the 2019-20 season that opened and closed only days later because of COVID-19.

Its other three season productions will all be Houston premieres: Pulitzer Prize finalist Gloria by Branden Jacobs-Jenkins, A Doll's House, Part 2 by Lucas Hnath and The Lifespan of a Fact by Jeremy Kareken, David Murrell and Gordon Farrell.

Between Riverside and Crazy tells the story of a retired African American police officer in New York City fighting to stay in his Tiversaide apartment. Surrounded by family members, both biological and makeshift, he nurses his grievances and the lawsuit he's filed against the city after being shot in the line of duty by a white fellow officer.

Gloria tells the story of a group of editorial assistants at a Manhattan magazine, all of whom are looking for a way to rise in the ranks. The satire will be directed by James Black, the longtime Alley Theatre Company actorand director, who was also interim artistic  director of the Alley for a year.

Nora's return 15 years after walking out in A Doll's House (Part 1), is the setting for A Doll's House, Part 2. Once again the questions Henrik Ibsen raised in his 19th Century work about gender equity, responsibility, freedom and love will be addressed. Co-artistic directors Kim Todin-Lehl and Philip Lehl will star as the couple, Nora and Torvald Helmer.

And finally, The Lifespan of a Fact, recently on Broadway and based on a book by the same name, tells the story of a magazine fact checker tasked with fact-checking a writer's work about the suicide of a teenage boy — an essay that could save the magazine, but then is it all true?

THE LIFESPAN OF A FACT (Houston Premiere)
Written by: Jeremy Kareken & David Murrell and Gordon Farrell, based on the book by John D’Agata and Jim Fingal
Directed by: Kim Tobin-Lehl
Dates: May 13 – June 5, 2021
THE LIFESPAN OF A FACT is presented by special arrangement with Dramatists Play Service, Inc.

Tickets: Premium $53; Standard $32; Senior Standard $26; Under-25 Standard $17
There is a Pay-What-You-Can performance on Mondays in the last week of each run and a Closed-Caption performance at one performance during each run.