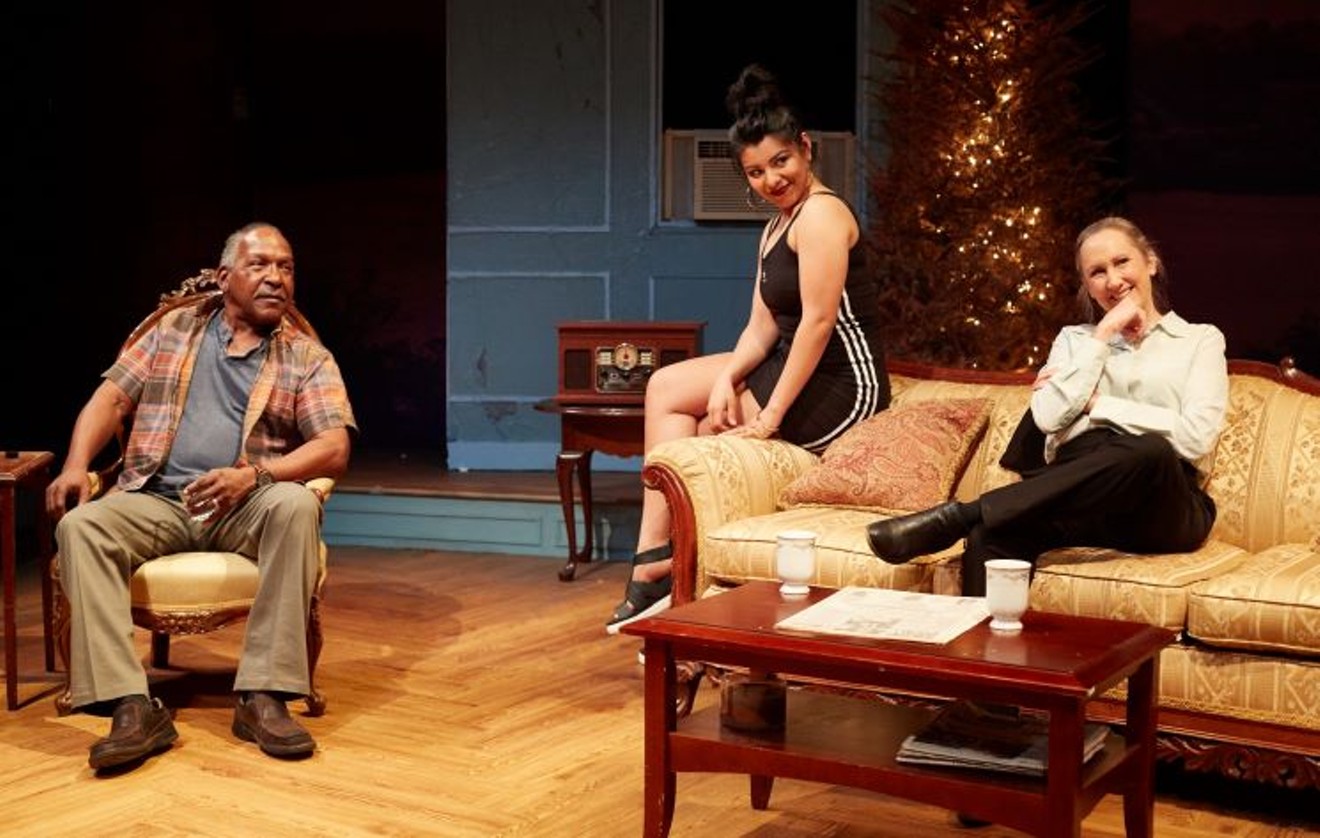 If you blinked and you missed this in 2020, don't worry. 4th Wall is bringing back Between Riverside and Crazy. Photo by Gabriella Nissen
What better way to celebrate a new season of live, in-person performances than to present a collection of Houston premieres as well as to bring back a Pulitzer Prize-winning show that got on stage here for a minute before COVID-19 shut it down?

4th Wall Theatre Company will start its season with Lucas Hnath's A Doll's House, Part 2 directed by Alanna Dorsett. It's 15 years after the end of the classic Ibsen play and Nora, who walked out with a slam of a door, is back. Co-artistic directors Kim Tobin-Lehl and Philip Lehl will star as the Helmers and Houston favorite Sally Edmundson (Stages) will make her 4th Wall debut as the nanny Anne Marie.

Next up is Lifespan of a Fact by Jeremy Kareken, David Murrell and Gordon Farrell which centers on the debate between a magazine writer and the fact checker assigned to vet his copy as they battle over concepts of fact versus truth. Alice Gatling and Drake Simpson star, with Tobin-Lehl directing.

Another magazine provides the setting for the plot of Gloria, directed by Houston actor/director (and longtime Alley Theatre artist) James Black. The play by Jeremy Kareken, David Murrell and Gordon Farrell is the story of what happens at a Manhattan magazine as editorial assistants with dreams of not-too-far-into-the-future mega success battle it out during one unusual day. And yes, it's a satire.

The season will close with 2015 Pulitzer Prize winner Between Riverside and Crazy by Stephen Adly Guirgis. Houston Press reviewer D.L. Groover was able to see it during its 2020 abortively shot run and called it a "glorious time at the theater." The original cast of Byron Jacquet, Joe Palmore, Kim Tobin-Lehl, Philip Lehl, Pamela Vogel, Briana Resa, and Juan Sebastián Cruz will all be there with four-time Emmy winner Bill Pruitt directing.

THE LIFESPAN OF A FACT (Houston Premiere)
Written by: Jeremy Kareken & David Murrell and Gordon Farrell, based on the book by John D’Agata and Jim Fingal
Directed by: Kim Tobin-Lehl
Featuring: Alice Gatling and Drake Simpson
Dates: January 13 – February 5, 2022

For more information, visit the theater company's website at 4thwalltheatreco.com. $17-$53 with a pay what you can performance on Mondays in the last week of each run and a Closed-Caption performance at one performance during each run.
KEEP THE HOUSTON PRESS FREE... Since we started the Houston Press, it has been defined as the free, independent voice of Houston, and we'd like to keep it that way. With local media under siege, it's more important than ever for us to rally support behind funding our local journalism. You can help by participating in our "I Support" program, allowing us to keep offering readers access to our incisive coverage of local news, food and culture with no paywalls.
Make a one-time donation today for as little as $1.