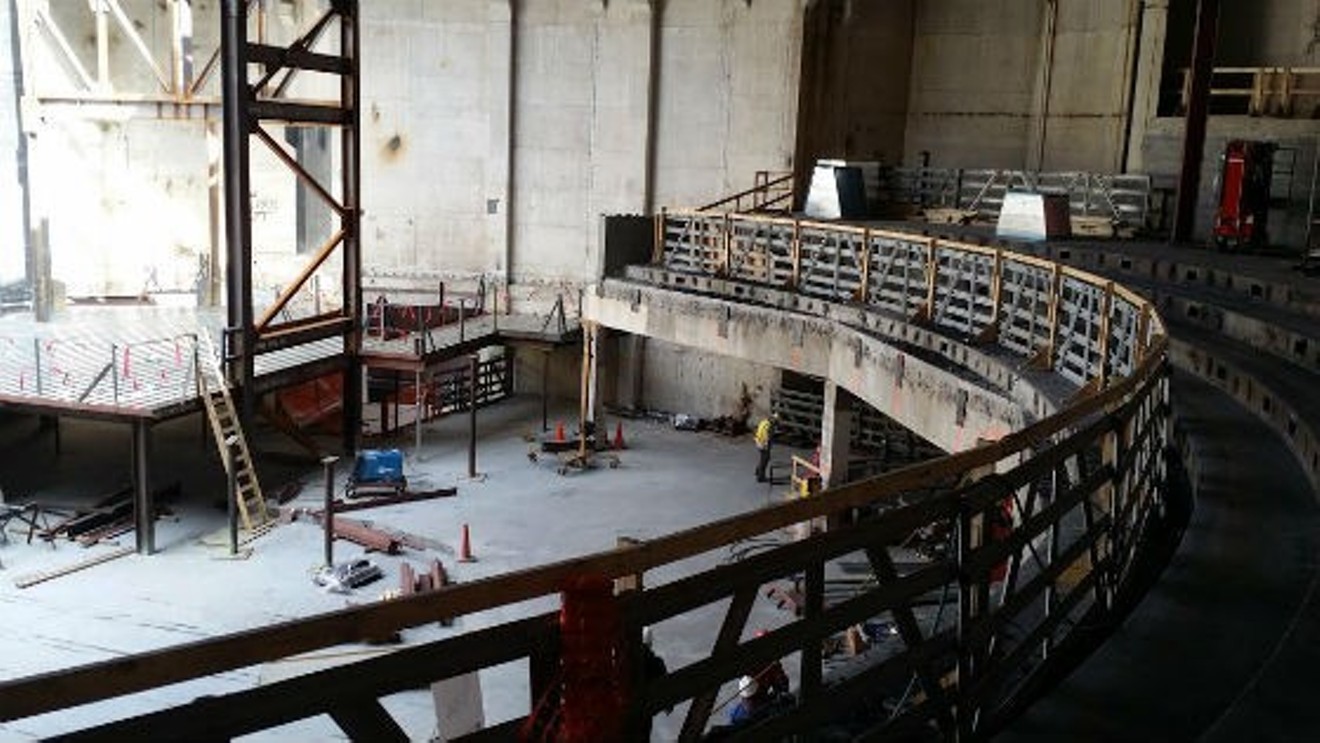 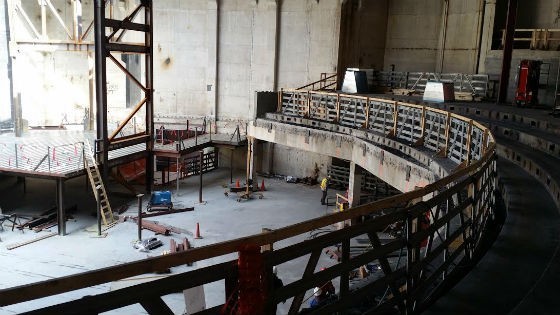 Alley Theatre's new approach better be more than cosmetic.
Photo by Margaret Downing
Wear something red in silent protest. That was the action taken by several Alley production and general staff members at today’s 11 a.m. company-wide meeting that promised to finally address what’s been going on in the wake of the sudden retirement of Artistic Director Gregory Boyd and the sexual misconduct allegations that were levied against him shortly therafter. Read the public statement from Dean Gladden released to time with the start of this meeting.

But the red shirt protest wasn’t just about the decades of abuse that many allege Boyd perpetrated at the company, or the board’s alleged coverup of his behavior, or their silence in the wake of the accusations or even the recent revelation of Boyd’s $383K severance package.

Their protest was also about allegedly continued cover ups and abuses at the Alley by those in positions of power even after the resignation of Boyd. “The fish rots from the head down is how the saying goes. And, sadly, in the Alley’s case, the head was rotten long enough that it infected a fair amount of the body,” said one source connected with the protest.

These latest allegations stem from a Facebook post written by a present Alley Theatre employee accusing a male member in the acting company of sexual abuse and subsequent inaction by her managers when she reported the incident. In her post, she also details silencing scare tactics employed by her managers and her continued fear having to work in this environment where no one is helping her.

The following is her full public statement.

“I work at the Alley now in Houston. I’m going to just jump right in. Every employee has unknowingly signed an NDA just by signing the employee manual. It’s pretty sick. We are not allowed to talk. And they threaten to legally and financially go after those who do. That is a sick place to work. The theatre almost daily has us meet with the manager to remind us not to speak out. These same managers have also not only ignored the abuses reported to them but have also committed some of the abuse themselves. Firing Greg Boyd was their offering to save their own asses.

"I was sexually assaulted by one of their “ensemble” actors. He is friends with the managers and told me if I reported his actions to my supervisors then he would have Greg Boyd fire me. It’s not just one predator - it’s many. I ignore this threat. I went to all of my managers. They did nothing. Two of my managers actually went to my assaulter and told him I reported it then made a joke about it with him. This man is still in shows. We still work closely.

"The theatre now pays another employee to be my ‘buddy’ at all times so that I am never alone. I was told it’s easier to remove me from the problem than to take this actor off a show because he brings in more money then I do. There are some really bad people in this building. I guess I’m telling you because I want the whole world to start hearing about this. Internally the employees left behind and terrified and scared for our jobs. I am hoping to get everyone to read the story. The more pressure and questions from the outside will only force them to do something more. I have seen some truly disgusting behavior and been treated so poorly. The men here have abusing employees for DECADES and no one is doing anything to help. I have reported this to equity, every manager I have (we don’t have HR department).. I have called Osha and the police. I found out really fast how connected these men are and how deep their pockets make this a very small city. So keep getting the word out.”


Outside the Alley, many Houston actors donned red shirts on social media with the hashtag #whywewear red in solidarity with the Alley employees who were harassed, those who can’t speak up and to call for a harassment free work environment for their colleagues.

Inside the meeting, which lasted about an hour, things were tense. After Managing Director Dean Gladden read the statement he released to the press, he took questions and comments from those assembled.

A person in attendance at the meeting told the Houston Press that:

One male staff member wearing red spoke up and told Gladden that he and others were wearing red in solidarity with the harassed and to protest the handling of the situation. Gladden acknowledged this but did not address any of the allegations against Boyd or present employees at the Alley.

One woman tearfully asked why, when two years ago, she came to him complaining about Boyd's behavior he told her that, “This happened in a lot of theater companies across the nation and that if she couldn’t handle it, she should go work someplace else.” Gladden apologized to her for handling the situation in this manner.

Another woman in the production department who was told that her contract was just recently shortened by three weeks, because of “penny pinching” was curious about the vast amount of money the Alley paid out to Boyd in severance. Where did the money for that pay out come from she asked? Gladden responded that 50 percent of it was budgeted for in Boyd’s salary and the other 50 percent of it, “they were still trying to figure out.”

Is the Alley being sued, asked one attendee. Gladden said that no, no lawsuits had been filed.

As to questions of what employees can and cannot say, Gladden said that staff can say what they want on social media but cautioned prudence as many leaks have gone to the press. He even stressed that care should be taken in the meeting as past meetings have been recorded and sent to the media.

The mood when the meeting ended was cautious. Many people appreciated the apology Gladden read but still felt that there was much work to do. On his part, Gladden called for solidarity within the Alley as they continue to move forward.