4th Wall and Alley Theaters Each Reshuffle Their Seasons 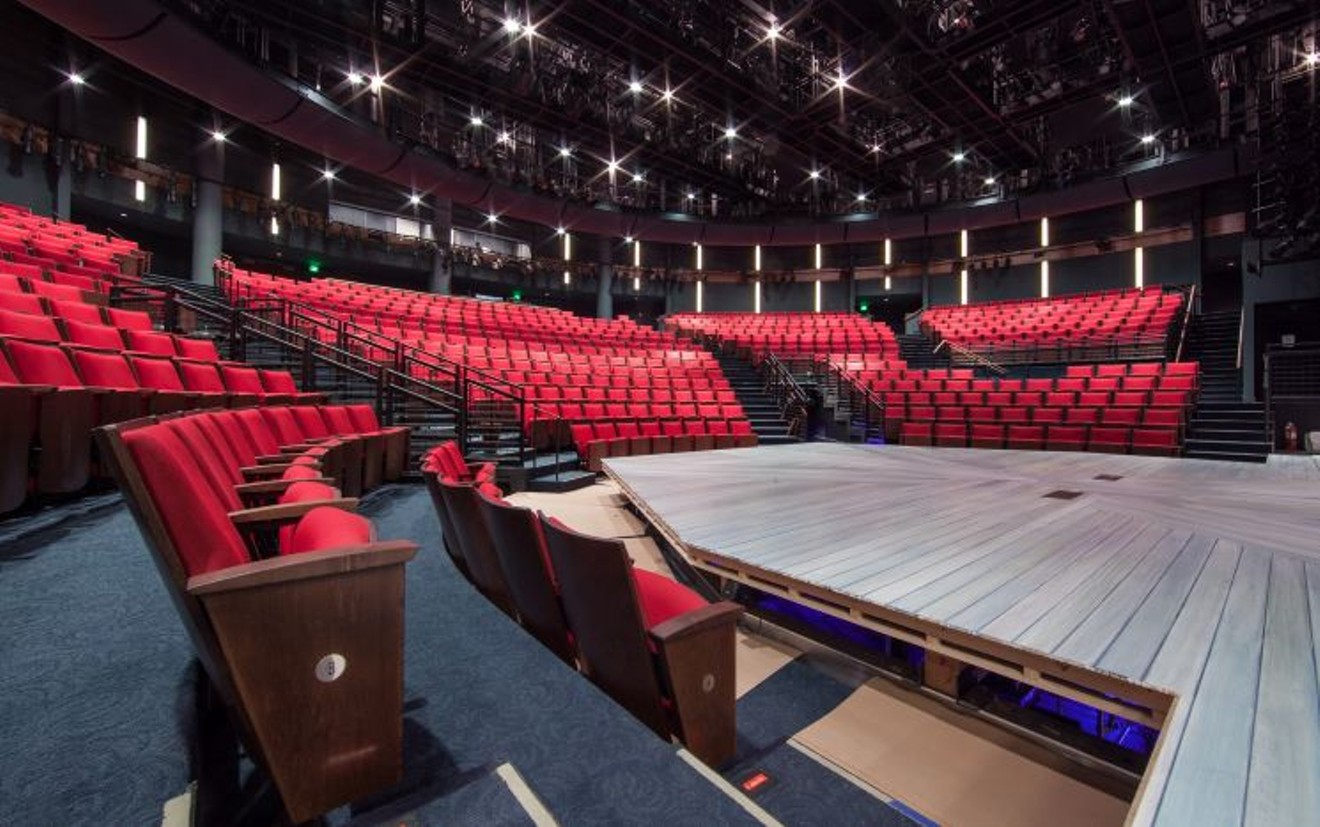 It will be all upstairs in the Hubbard Theatre when the Alley returns to live performances. Photo by Bill Saltzstein, Empty Space Images with Paul Butzi

The 4th Wall Theatre Company has announced it is delaying the opening of its tenth anniversary season, pushing back its planned opening of Between Riverside and Crazy from September to January.

In the meantime, it, like many other Houston-based theater companies, will be presenting live-streamed offerings to help keep theater in the minds of audiences while the COVID-19 pandemic makes live performances problematic.

The 4th Wall announcement follows last week's announcement by the Alley Theatre that it was reshuffling its theater lineup yet again because of coronavirus concerns and that none of the plays will be presented in the more intimate downstairs Neuhaus Theatre. It has also cancelled the Alley All New Festival for this season.

Of note is that to start the 2020-21 season on November 20, the Alley will not be once again performing the Michael Wilson adaptation of Charles Dickens' A Christmas Carol that it has used for so many years. Instead it will move to a version by Doris Baizley which will be directed by Associate Producer and Casting Director Brandon Weinbrenner.


THE LIFESPAN OF A FACT (Houston Premiere)
Written by: Jeremy Kareken & David Murrell and Gordon Farrell, based on the book by John D’Agata and Jim Fingal
Directed by: Kim Tobin-Lehl

An aging authoritarian ruler, a violent police state, a restless polarized people seething with paranoia: it’s a dangerous time for poets. Two of them—the great Kit Marlowe and the up-and-comer Will Shakespeare—meet in the back room of a pub to collaborate on a history play cycle, navigate the perils of art under a totalitarian regime, and flirt like young men with everything to lose. One of them may well be the death of the other.?Developed in the Alley All New Reading Series.???

Considered the most significant play of the 20th century, Waiting for Godot is Samuel Beckett’s masterpiece. In this wickedly funny, frequently moving existential play, two men, Vladimir and Estragon, meet near a tree to wait for the arrival of the mysterious Godot. They discuss their philosophies, debate their lots in life, question why they were put on earth and ultimately encounter three characters, Lucky, Pozzo, and a messenger boy, who engage in enlightening conversations about the human condition and hilarious physical comedy as they wait…and wait…and wait for Godot.

An incessantly ringing cell phone in a quiet café. A stranger at the next table who has had enough. And a dead man.?So?begins?Dead Man’s Cell Phone, a wildly imaginative comedy by MacArthur “Genius” Sarah Ruhl (The Clean House). An off-the-wall play about the odyssey of a woman forced to confront her own assumptions about morality, redemption, and the need to connect in a technologically obsessed world.

Produced in collaboration with The Ensemble Theatre

Filled with humor and tremendous heart, Sweat tells the story of three women who have spent their lives sharing drinks, secrets, and laughs while working together on the factory floor. But when layoffs and picket lines begin to chip away at their trust, they find themselves pitted against each other in a heart-wrenching fight to stay afloat.

It’s senior year in Carrollton, Texas, and Riverside High School's competitive?theatre?troupe is climbing back to the top from last year's unprecedented loss. Dara is trying to rally his teammates, while new?kid?Paul disrupts Dara's complete understanding of himself and his small-town suburban life. When?coaches?Dirkson?and Blow?make a bold choice for the?one-act play?competition?and the community takes issue, friends and rivals duke it out?and?find themselves in this uniquely Texan and thoroughly universal?coming of age comedy by Texan playwright?Vichet?Chum, directed by Houston native Tiffany Nichole Greene.?Developed in the 2020 Alley All New Festival.

A highly inventive adaptation of the Dickens classic paired down to its essential elements. A resident company of actors assembles to perform the heart-warming Christmas story. With two actors missing and a tiny budget, creating a magical world of holiday make-believe is no easy feat. The company uses song, dance, fog, and magic to bring the holiday classic to imaginative new heights. It will be A Christmas Carol like no other.