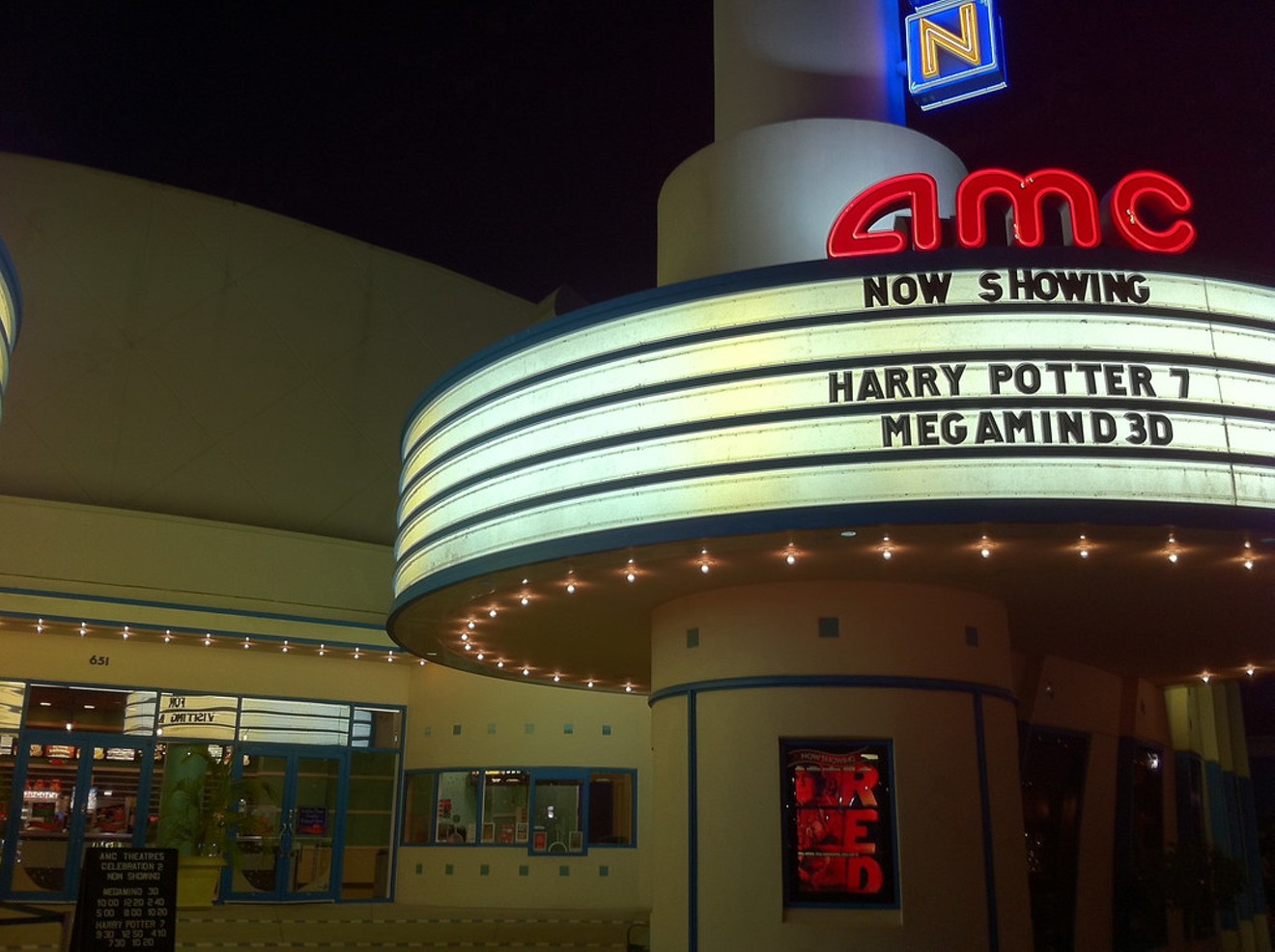 The AMC Celebration 2 in Celebration, Florida Photo by Brian Hart via Flickr
Moviegoers may still have a home during the quarantining from COVID-19 thanks to AMC Theaters.

The chain announced that they will remain open despite the threat of the novel coronavirus, but they will be taking extra precautions to protect patrons. The foremost of these is that they will be immediately capping ticket sales at 50 percent capacity in order to ensure safe distance is available between attendees. Theaters with a capacity of greater than 500 will be capped at 250 patrons regardless. The plan is currently in place through April 30, and may be updated to coincide with any future mandates from the government regarding social gatherings.

“The challenge that this outbreak represents to you, and to your family, friends and community is likely not similar to anything you have seen before,” said CEO Adam Aron in a statement. “All of us currently find ourselves having to process our way through uncertainty, understandable anxiety and heightened risk. At some point though, hopefully sooner rather than later, the world will return to normal. Throughout history, people have always risen to meet whatever challenges have been thrown their way — usually emerging stronger than ever.”

In addition to the extra space, AMC says that they have begun enhanced cleaning protocols, particularly on high-traffic surfaces such as doorknobs, countertops, and handrails. Employees and patrons who may be feeling ill or otherwise believe they have been in contact with the virus are encouraged to stay home.

The movie industry is reeling from the effects of the outbreak, and several expected blockbusters have been postponed. The latest James Bond film, No Time to Die, has been pushed back to November. Disney’s live-action remake of Mulan and Marvel’s New Mutant have also been pulled from their release dates and given no new ones. Even smaller films are affected. Guillermo del Toro’s highly anticipated horror film Antlers is currently in limbo.

The megaplex is not the only cinema having to adapt to the outbreak. Houston’s 14 Pews recently announced that they would be suspending all screenings until the middle of April. This is a sore blow to one of the city’s most beloved homes for obscure and independent films.

“The health of our audience, our 86-year old bartender (my mother Marilyn) and our trusty volunteer Hal is our highest priority,” said executive director Cressandra Thibodeaux in a statement.

14 Pews will be using this downtime to do some much-needed repairs on the old church. They plan to replace some of the wood siding, rebuild the back wooden bathroom due of termites, and install a new red awning and sign. They will be launching an IndigGoGo campaign soon so that Houstonians can contribute to the restorations.

Like the rest of the city’s entertainment venues, the movie industry is in a wait-and-see mode. At least you can still catch a flick at AMC for the time being, though increasingly it appears your favorite upcoming movies will have to wait even if you do go out.
KEEP THE HOUSTON PRESS FREE... Since we started the Houston Press, it has been defined as the free, independent voice of Houston, and we'd like to keep it that way. With local media under siege, it's more important than ever for us to rally support behind funding our local journalism. You can help by participating in our "I Support" program, allowing us to keep offering readers access to our incisive coverage of local news, food and culture with no paywalls.
Make a one-time donation today for as little as $1.