Amsterdam Co. – Grab a Coffee and Some CBD Products 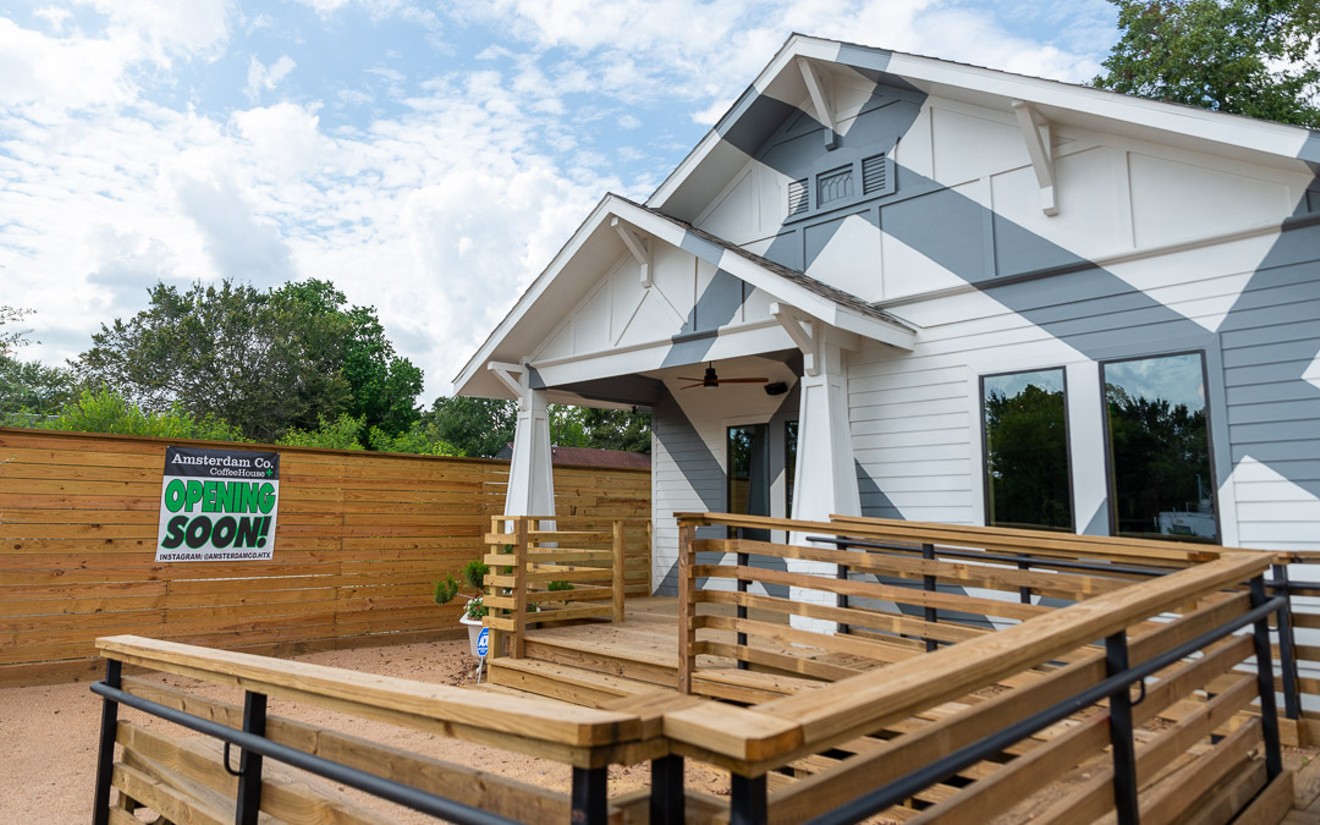 Amsterdam Co. before its opening. Photo by Jennifer Lake
Coffee and CBD products — that's the focus of a new coffee shop, Amsterdam Co., which will open October 5 in Houston. With a heavy dose of evangelical fervor on the side.

The owners hope to not only sell what they say is high-quality CBD, but to spread the word about its benefits at the same time. CBD, or Cannabidiol, is the second most active ingredient in marijuana and although it shares a close resemblance to the latter, it doesn’t carry THC. Derived from the hemp plant, CBD allows the user to retain the relaxing effects of medical cannabinoid without the “high” of marijuana.

“Educating people is a major part of our interest,” says co-owner Michael Migl. “We want to be able to make this a hub for information, and make a statement to the rest of the city. You can buy CBD in gas stations and independent stores, but when you come here, the products and brands you are getting are from reputable companies that provide the highest quality products.” 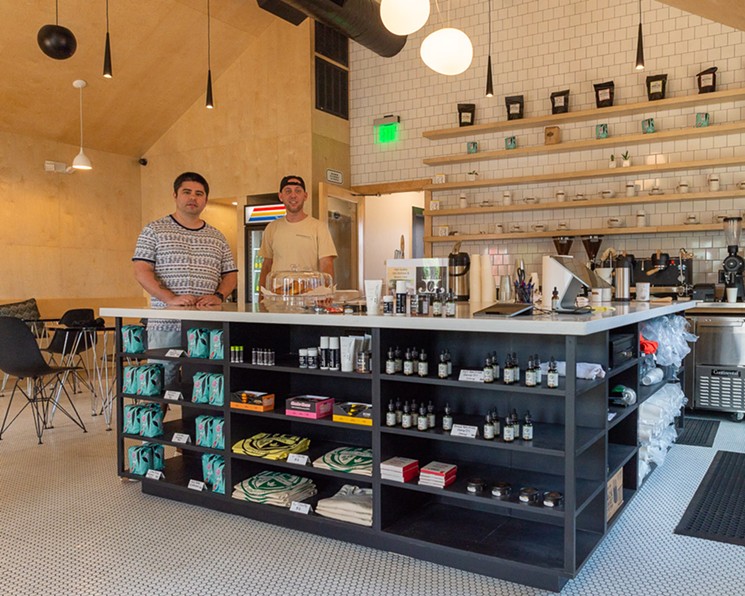 Products offered include brown sugar and other additives that have been infused with CBD. CBD laws in Texas have been on a slow but steady progression since the induction of the H.R.2 – Agriculture Improvement Act of 2018, which removed hemp products containing a THC level of 0.3 percent or less from the federal controlled substance schedule. In June of 2019 Gov. Abbott signed laws making the selling and purchasing of CBD products that remain within those parameters legal.

In August 2020, Texas health officials enacted a rule blocking the sale of smokable hemp products. This was challenged by a group of hemp producers and Travis County Judge Lora Livingston issued a temporary restraining order that month followed by an injunction on September 18 that keeps enforcement on hold until a trial scheduled for February 1, 2021.

“That’s why shops had been selling flower (smokable buds) as tea,” explains co-owner Drew Bailey. “And some places that sell vapes were labeling them for aroma therapy. They’re always going to find loopholes.”

“I think focusing on one side for now is what will make us grow,” says Migl. “The coffee makes it sexy and makes the money, and then we can continually develop the CBD side as it gets more legal.”

Amsterdam Co. plans to eventually offer its own brand of tinctures of CBD oil, but for now has a small selection of out of state brands including Cookies, Cheeba Chews, Papa & Barkley, and Punch Edibles. Amsterdam Co. has also partnered with Houston's own LeafLife Wellness CBD company to provide other products such as face creams, shampoos, and bath bombs. 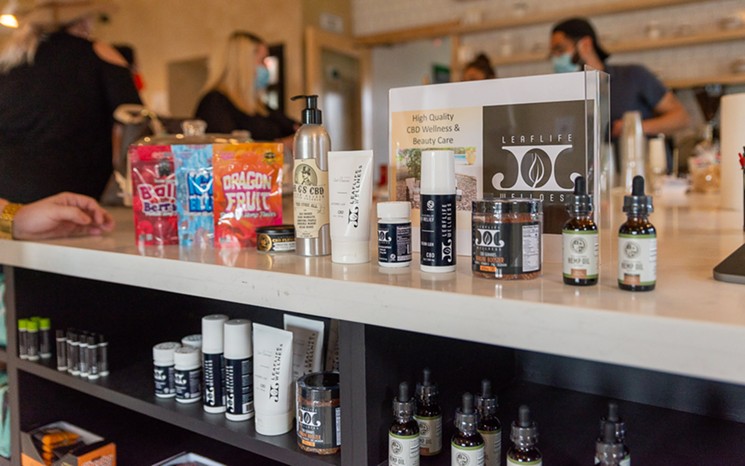 An assortment of CBD products at Amsterdam Co. coffee shop.
Photo by Jennifer Lake
As for their coffee, Amsterdam Co. will continue their high-quality theme, recruiting local roaster Matt Toomey of Little Dreamers Coffee, as their coffee consultant and menu curator.

“We’re trying to make sure the coffee is healthy and vibrant from the producers up to the baristas,” says Toomey. “We try to instill a continuity of quality throughout the stages and try to become as vertically integrated with all steps in that process.”

The shop will offer espressos and cappuccinos, with their high grade of roast, but will also offer special drinks such as their “vegan red velvet hot chocolate drink” made with Minor Figures Specialty Oat Milk that they have imported from overseas. 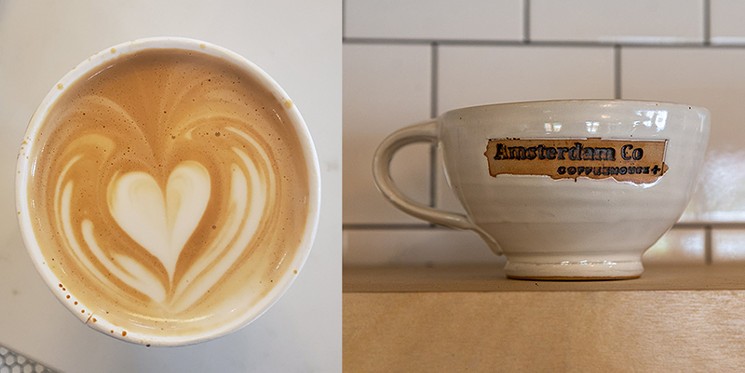 Cups of coffee provided by Amsterdam Co.
Photo by Jennifer Lake
With plans and ambitions to continue to normalize the use of CBD, Migl and Bailey hope to host different events to highlight the benefits and ease of its use, including taste events, free samples, educational classes and dinner nights with CBD infused courses.

“We tend to get upset when Texas bans this or that,” says Migl. “But we have no skin in the game, meaning, we don’t have a movement. We want to create a movement here of people that are on the same page, and use that organization to help put issues we believe in on the map. That’s how we get skin in the game, if you just sit here and get mad when things don’t go your way, and just go and try and vote, you’re not going to get anything done. You've got to get people behind you, so that way when you go to Austin and want to get something done, people will not only listen but see the impact because you’re going with representation.”

Amsterdam Co., 807 W. 19th, will host its grand opening October 5. It will be open Monday - Sunday 8 a.m. to 6 p.m.
KEEP THE HOUSTON PRESS FREE... Since we started the Houston Press, it has been defined as the free, independent voice of Houston, and we'd like to keep it that way. With local media under siege, it's more important than ever for us to rally support behind funding our local journalism. You can help by participating in our "I Support" program, allowing us to keep offering readers access to our incisive coverage of local news, food and culture with no paywalls.
Make a one-time donation today for as little as $1.