Can Gaming Radicalize People to the Left? 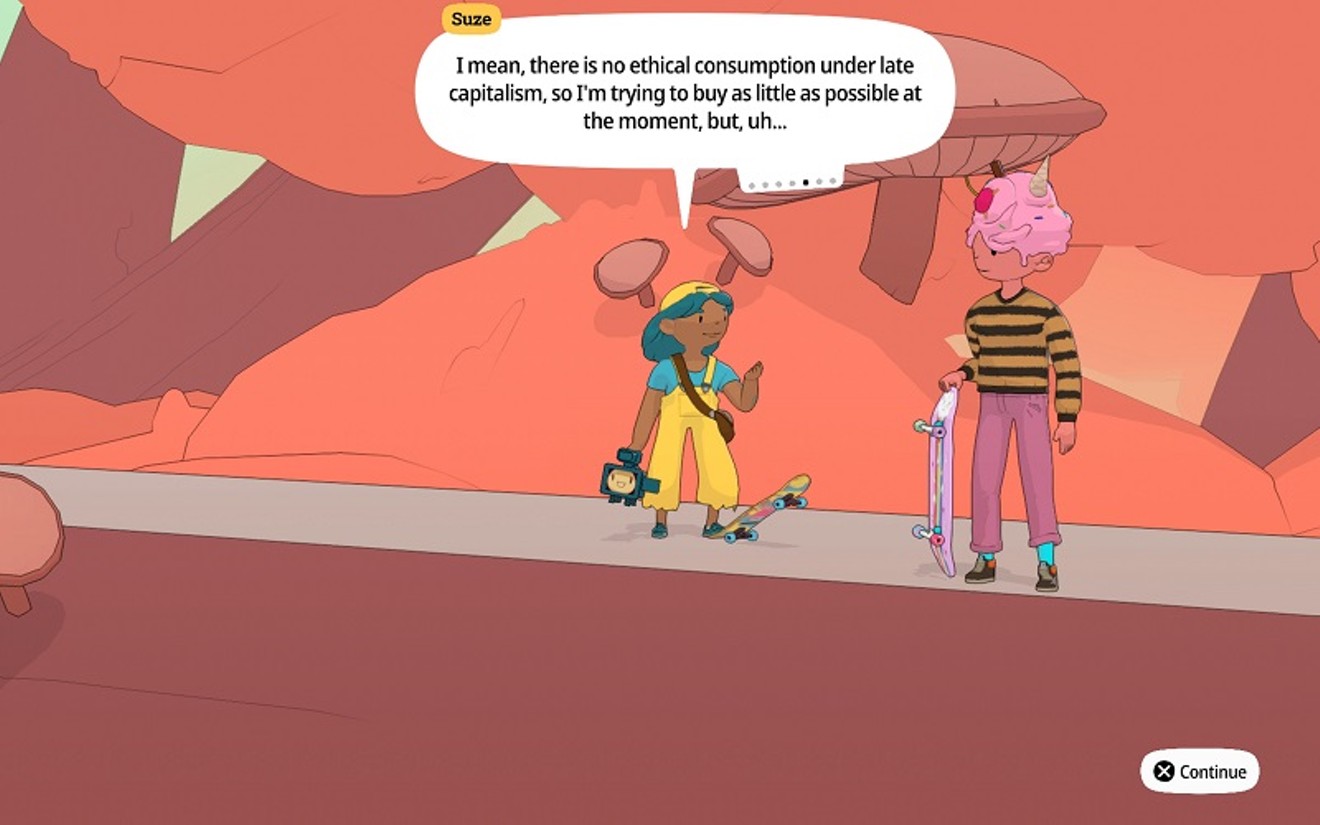 It gets pretty deep for a skateboarding game. Screenshot from OlliOlli World
It’s become well established in social science literature that gaming has a problem when it comes to far right radicalization. It’s not that hard to understand why. Shooters with jingoist themes remain a very popular genre. Like other geek fandoms, far-right extremists have dedicated a fair amount of time to invading these spaces and recruiting new members under the bonds of shared interest before nudging them toward fascism. The Anti-Defamation League found that about a quarter of gamers were exposed to white supremacist ideas in online gaming spaces.

However, gaming has the potential to go the other way, too, and there’s at least some evidence it’s already doing so.

In terms of the industry, there has been a dramatic move toward pro-union sentiment. YouTuber and games journalist Stephanie Sterling has made a name for herself over the last several years grimly chronically the abuses against workers by major video game companies. Her work is regularly complimented by in-depth articles from the major video game publications such as Kotaku, IGN, and Polygon, who write favorably about the efforts of various industry employees to unionize and protect themselves.

When it comes to games, more and more titles are tackling out-of-control capitalism head-on. The most recent is the third entry in the skateboarding franchise OlliOlli, OlliOlliWorld. The story mode includes some blistering commentary on the evil of billionaires and the dangers of reducing communities such as skateboarders down to market shares. Notably, it draws a line between capitalism and independent commerce in a free market, an important distinction that many capitalists seem confused about.

The trend is most notable in indie titles such as Inside, Night in the Woods, Tacoma, and The Surge, but some big titles like Bioshock and Portal 2 also delved into openly critical territory against abusive corporate power. Borderlands 3, Disco Elysium, Cyberpunk 2077, and The Outer Worlds all featured major anti-corporatist messages in the last several years. It’s become far more common for games made for general audiences to embrace some leftist economic ideals in the course of narrative play.

Of course, it doesn’t hurt that the game industry is often digging its own grave by offering players less and less content for more money. That sentiment is best summed up in a viral post by Anthony Lemaster from 2020.

“It boggles my fucking mind how we lost gamers to the right,” he says. “Capitalism is the biggest cause of the decline of gaming. Microtransactions, gambling addiction loot crates, pay to win, selling games in piecemeal snippets, charging full price for flawed garbage that will ‘get fixed later.’ relying on the community to fix their shit (looking at modders and Bethesda), monopolistic growth removing competition and thus reducing quality and innovation, etc... Like gaming is a microcosm of the absolute failures of capitalism.”

It's a problem that’s only gotten worse. While some elected officials in America have started to take up the cause of reducing predatory gaming practices that enable addictive behavior, the gaming wealth gap is only growing as the new console generation rolls on. Even acquiring a ninth-generation console is still often a matter involving scalpers who charge exorbitant prices. Meanwhile, games regularly sell for $70 for a basic edition, with more content walled off by special editions that are sometimes twice as much.

Gaming is in a unique place right now where social and economic justice is becoming more popular, even as financial abuses draw intense negative criticism from the gaming community. The far-right have a strong toehold in gaming, but any look at the environment over the last ten years shows that is becoming more tenuous.
KEEP THE HOUSTON PRESS FREE... Since we started the Houston Press, it has been defined as the free, independent voice of Houston, and we'd like to keep it that way. With local media under siege, it's more important than ever for us to rally support behind funding our local journalism. You can help by participating in our "I Support" program, allowing us to keep offering readers access to our incisive coverage of local news, food and culture with no paywalls.
Make a one-time donation today for as little as $1.