Before You Negatively Review Bomb She-Hulk… 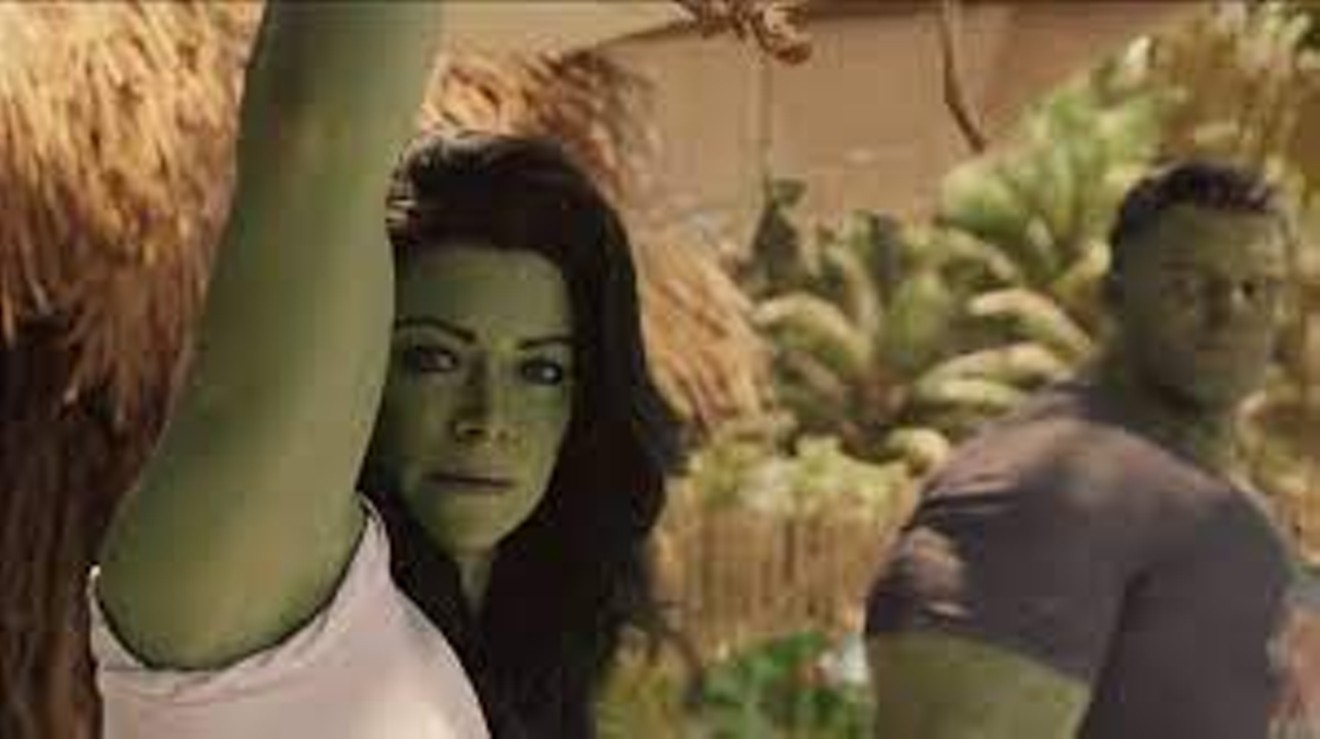 Hulk smash that like button. Screenshot from She-Hulk: Attorney at Law trailer.
She-Hulk: Attorney at Law starts this week on Disney Plus, and it’s easily one of the Marvel properties I’m most excited about. Not only is Jennifer Walters consistently a fascinating character who mixes comedy with heroics, but Orphan Black’s Tatiana Maslaney is playing the lead. Maybe headlining a Disney show will finally get her the Emmy she deserves.

That said, this is a comic book show with a female protagonist, and that means angry dudes are going to spend Wednesday review bombing it to scream about being woke or something. This is a long running problem on websites like Rotten Tomatoes and IMDB that lets users rate shows. Anyone who has checked in on the one-star reviews of A League of Their Own could tell you that misogynists love to use the rating system to work out their pointless, stupid anger.

That’s not an opinion, by the way. Walt Hickey at FiveThirtyEight did the math on the subject in 2016. Men are twice as likely to hate-review stuff not aimed at them than women.

So, let’s assume that a good chunk of one-star reviews on She-Hulk will be based more on sexism than actual content. After all, that's how the initial announcement went three years ago. I’m not going to try and talk dudes out of doing that, but I think I can save them from looking extra ridiculous when it happens by imparting a little comic book trivia.

One, this is not a gender-swapped version of Bruce Banner, and it never has been. Walters was created in 1980 by Stan Lee himself. The Incredible Hulk television series had been an enormous success, and Marvel was worried that the show would debut a female Hulk character that they wouldn’t have the rights to. Walters was never meant to replace Hulk, though she headlined a Hulk series after the death of Bruce Banner in 2016. There has been a slew of gender-swapped comic characters in adaptations lately with Ghost, Taskmaster, and (arguably) Johanna Constantine, but She-Hulk isn’t one of them.

Screenshot from Ultimate Marvel vs. Capcom 3.

Two, she is not ripping off Deadpool by breaking the fourth wall. While the Merc With a Mouth is famous for talking to the audience, Walters was already doing it before Wade even made his first appearance in 1983. The whole fourth wall thing didn’t even start with Deadpool until 1999.

She-Hulk, however, has broken the fourth wall since 1989, doing everything from screaming at writer John Byrne to ripping up her own advertisements page. Sideshow did a great history on She-Hulk's "comic awareness," complete with scans. Ultimate Marvel vs. Capcom 3 even overtly referenced the fact in a win quote when She-Hulk beats Deadpool.

If men keep these two simple facts in mind, maybe it will prevent their screeching tweets from being screenshotted, passed around, and mocked by thousands of people. It might even convince someone that they read actually the comics the show is based on rather than just tossing the series into their endless reactionary hate machine.

Probably not, though. If they were capable of honest assessment, they wouldn’t waste their evening one-starring shows to stick it to feminists.