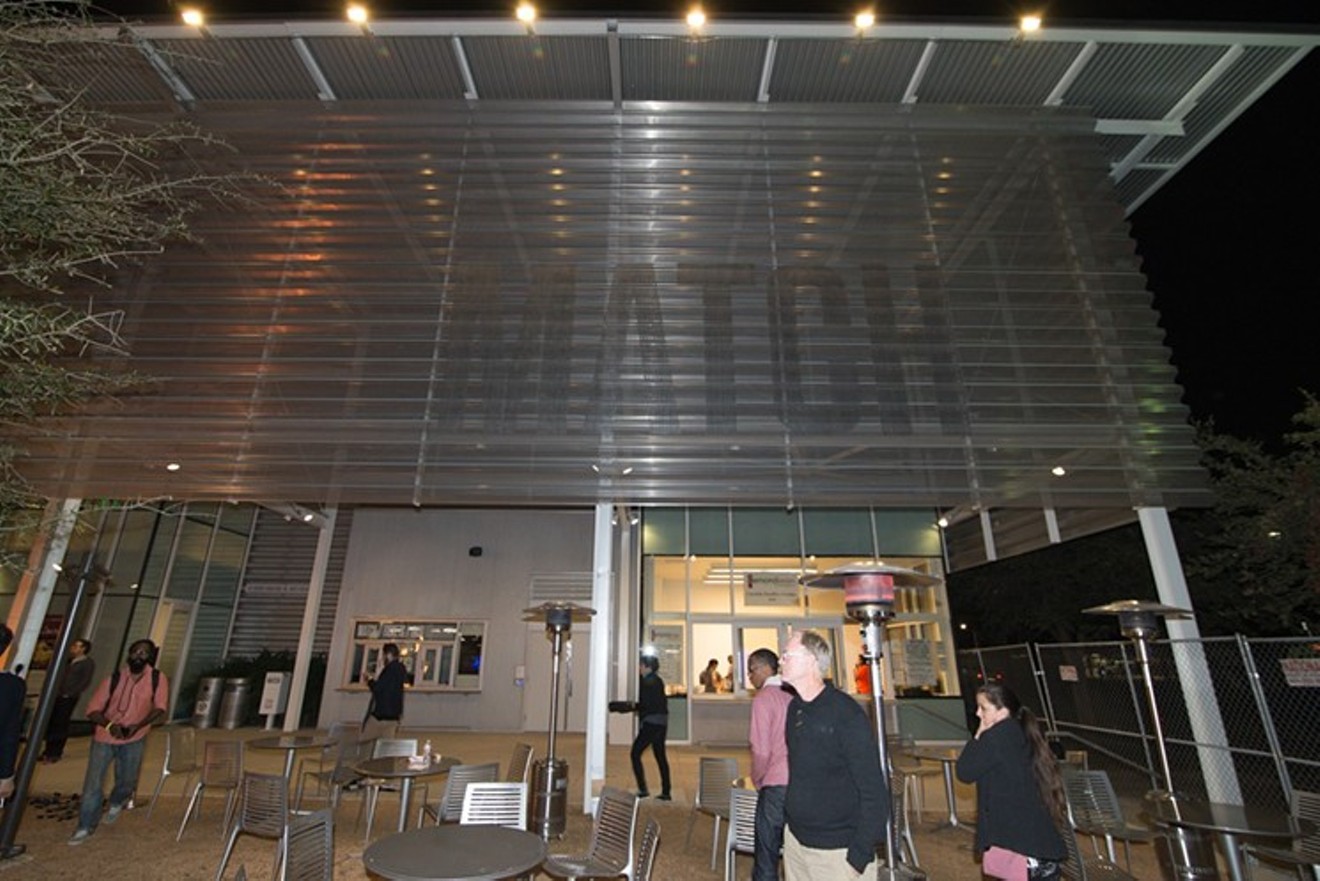 MATCH's mission statement offers “the premier performance venue for the Houston region’s small and mid-sized arts organizations and the leading destination in the region for audiences to experience a broad spectrum of the arts." Is it ever!

Along with its affordable rental policy, the award-winning design space – warehouse chic – is permanent home to The Catastrophic Theatre, Dirt Dogs Theatre Co., and Main Street Theater's youth programs. There are three rehearsal halls, dance studios with sprung floors, a cafe, gallery and office space. The whole place has a hip L.A. kind of vibe.

Take a look at what played in just one week in December. There was Mr. Popper's Penguins for the young 'uns from Main Street Theater; Merry Everything, a seasonal dance festival from C Squared; the variety and magic show A Curious Christmas from Curiously Enough; the holiday concert December Rose from the multicultural choir International Voices Houston; the family showcase Believe from Juxtapose Arts Collective; a reinvention of the Broadway hit Godspell from ImagineNation Theatre; and young phenom Ethan Bortnick Live in Concert presented by Sun and Sky Entertainment. That's quite a lineup for any theater, but it's business as usual at MATCH. What would Houston do without its innovative, humming Midtown Arts and Theater Center? It's a showcase.

Midtown Arts and Theater Center Houston
3400 Main, Houston
713-325-5370 (office)
713-521-4533 (box office)
matchouston.org
KEEP THE HOUSTON PRESS FREE... Since we started the Houston Press, it has been defined as the free, independent voice of Houston, and we'd like to keep it that way. With local media under siege, it's more important than ever for us to rally support behind funding our local journalism. You can help by participating in our "I Support" program, allowing us to keep offering readers access to our incisive coverage of local news, food and culture with no paywalls.
Make a one-time donation today for as little as $1.