Best TV and Streaming Shows of 2022 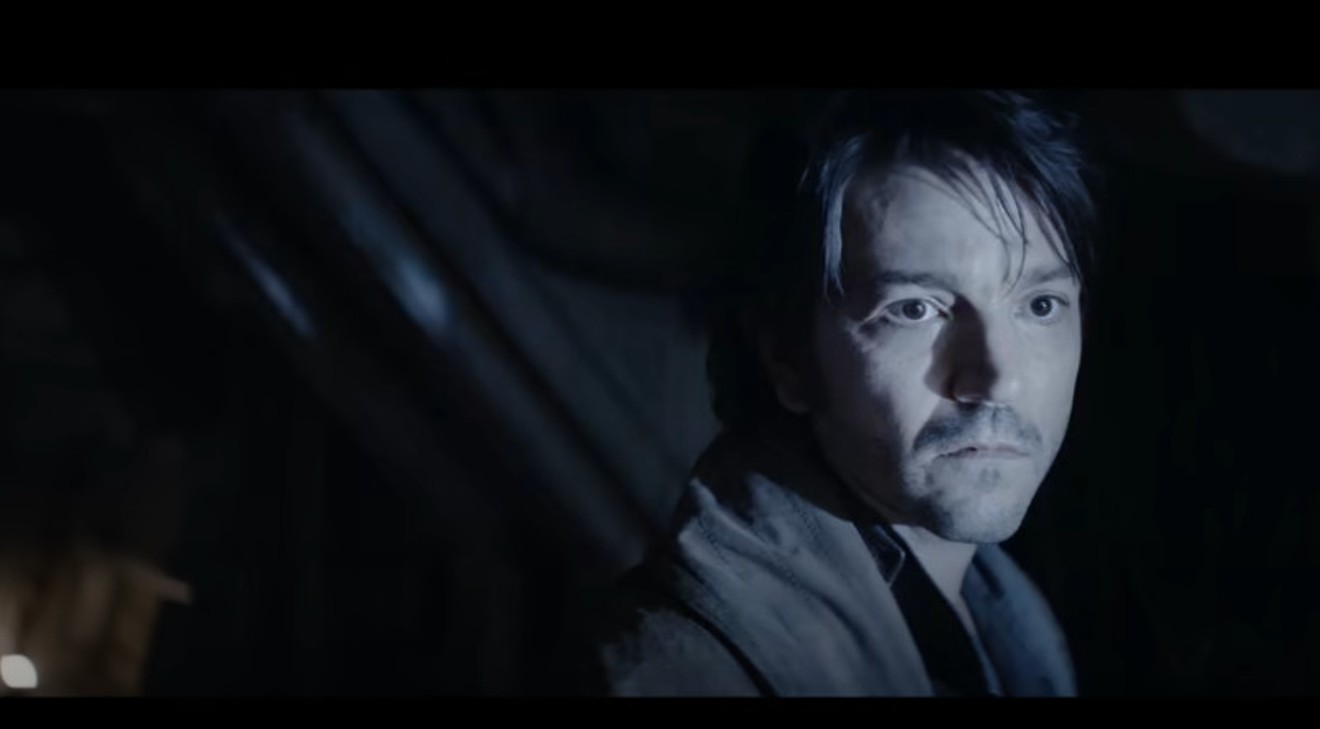 Among the best shows of the past year. Screenshot

The year 2022 has been a ridiculously stacked time in television. The medium continues to pump more and more series out through cable and streamers who are constantly expanding and reshuffling in what is definitely a sustainable business model. The result of the avalanche of shows this year was a surprising amount of top-tier quality shows. This was a very intense year where individual top tens could be completely different but equally as valid, meaning some tough decisions had to be made. Here are the honorable mentions to show just how impressive the slate of television shows was this year.

The Rehearsal
The Righteous gemstones
Abbott elementary
Euphoria
House of The Dragon
Tokyo Vice
Winning Time
Hacks
What We Do In The Shadows
Yellowstone
Lord of the Rings: Rings of Power

That's an excellent list of shows in any other year, but they are just outside of the top 10, along with a dozen other shows. It's almost impossible to truly keep up with the amount of new series that comes out in a typical year, so it's understandable to miss some of the quieter shows in lieu of the bigger series, but that's the great thing about this year, there's something for everyone if you are willing to look and new shows to expand your TV palette.

In its second season, Reservation Dogs, created by Sterlin Harjo, doubles down on everything that made the first season great, changing the dynamics of its young cast at the core of its stories while giving them even more emotional and hilarious payoffs. The show could go in any direction and continues to get weirder and more surreal while fleshing out the fantastic roster of side characters. This season has a few of the most beautiful and emotional TV episodes this year, along with some of the funniest.

Based on the "Slough House" series of novels by Mick Herron, Slow Horses is ground-level cold war spy craft led by a fantastic performance from Oscar Winner Gary Oldman as Jackson Lamb, the grumpy leader of Mi5 rejects who is already one of the great TV characters. The series premiered two seasons in 2022, and Apple is committed to adapting the handful of books, with its cast and crew itching for more espionage in London. The series deftly adds commentary on contemporary issues within its exploration of government and the intelligence apparatus in Britain, which is just enough to add flavor to the cases and some food for thought but ultimately focuses on what's important, and that's Lamb and his team of outcasts maneuvering in this high stakes world of espionage.

Barry continues to evolve as a show. Its premise is still the same, hit-man tries to reform himself and pursue acting in L.A, but from season to season has gotten even darker, even funnier, and has all around just gone for broke with every facet of the show, from its character arcs to the filmmaking. Barry is the most cinematic show on TV, with sequences that are boundary-pushing for the TV medium, and where it goes from its crushing season finale is anyone's guess, but at this point, it's best just to clear out and let Bill Hader and his co-collaborator Alec Berg do their thing. Sarah Goldberg, Anthony Carrigan, Henry Winkler, and Stephen Root (who was especially hilarious) gave some of the best performances of the year.

The Bear arrived one day and instantly became the show of the moment. A young successful chef Carmy (Jeremy Allen White), comes back home to run his family's sandwich shop after the tragic loss of his brother. Carmy has to run a business that has been hanging on by a thread while winning the respect of the kitchen staff, who are not the least bit impressed by his incredible resume while dealing with the grief and aftermath of his brother's suicide. The ensemble cast is incredible, and the emotional payoffs, frantic filmmaking, and bingeable season make sense of the series' overnight success and why it's one of the year's best shows.

The Bear streams on Hulu.

Severance boasts a compelling central mystery and great performances from a fantastic cast, and it's probably the best-looking show on TV. The show's premise is that employees sever their home life from their work life, essentially creating a new person that only exists when they enter their spotless, white-walled creepy office building. Of course, the work personas want to get out into the real world, while their real-world selves have opted into this severance for different but uniquely tragic reasons. If the mystery was all the show had, it would be fine, but there's so much more. From its themes on labor and the self to its fantastic ensemble consisting of Adam Scott, Patricia Arquette, britt Lower, Zack Cherry, John Turturro, and more, the series is one of the best in a stacked year.

Creator Mike Whites' pandemic pitch turned HBO mainstay The White Lotus is even better in its second season. The show still features some class commentary and explorations of wealth but shifts toward focusing more on love, relationships, sex, and betrayal, in a much more unified chiseled-down show than the first season, with edges as sharp as anything on TV. The setting has changed from Hawaii to Sicily, and most of the cast is new outside of the fantastic Jennifer Coolidge, who is now flanked by incredible performances from Aubrey Plaza, and Megan Fahy, among several others. The series was an event week to week and is now something that we now expect to have several seasons, each at a different resort with a brand new cast.

The White Lotus streams on HBO and HBO Max.

Atlanta is another show to deliver two separate seasons in 2022. Its fourth and final season alleviated the woes of its third season, which received very mixed receptions from critics and fans, delivering a set of episodes that feature some of its funniest, smartest and weirdest episodes out of its entire run. Donald Glover and the minds behind Atlanta just continued to do what they had done from the very beginning, whatever they wanted to, and the creative freedom and experimentation with truly iconic characters resulted in one of the all-time great shows. Its final season also features one of the greatest series finale episodes of all time and the only one to use Judge Judy as an inception-like totem to know whether or not a character is dreaming.


HBO’s Gen-Z workplace drama, set in the chaotic world of high finance, Industry, leveled up in its sophomore outing. The first season dove headfirst into its young recruits' lives as they navigated the pressure cooker of the industry they signed up for, coping with the stress by consuming copious amounts of drugs and hookups. The second season still has all of the extra excitement that enhances the workplace drama, but the writing, character development, and performances all just jumped up a few notches, resulting in a magnetic second season and its cast that features Myha'la Herrold, Marisa Abela, Harry Lawtey, Ken Leung, among several others, has become one of the best ensembles on TV.

We Own This City hails from David Simon and George Pelecanos, architects of The Wire, back focusing on the city of Baltimore in a massive police scandal of a rouge unit that plagued the city. Like The Wire, We Own This City takes a structural look at American policing and government but is much direr in its outlook as our society has changed and hasn't in the past twenty-odd years since the premiere of the fabled HBO series. We Own This City is enthralling, and its look at the real-world scandal corruption is an update to the ideas presented in what is one of the mount Rushmore prestige TV series. Jon Bernthal delivers the performance of the year as Wayne Jenkins and continues his streak of elevating everything he appears in. The series features incredible directing by Reinaldo Marcus Green, who directed every episode. The series may not get awards love, much like its predecessor. Still, the series tells an important story, delivers a poignant look at America, and is worthy of recognition as one of the best of the year.

We Own This City Streams on HBO and HBO Max.

The most successful big-budget franchise show of 2022 was not House of The Dragon or Rings of Power. It was always Andor. The story of the origins of the rebellion and the man that played a major role in setting the stage for the original trilogy, Cassian Andor (Diego Luna) is the most compelling Star Wars story since the original films.

The writing is dense, and the use of subtext is foreign to these types of franchises. It's mature, and everything is personal. It's a spy story about rebellion with real-world examples, both past, and present, showing the ugly side of rising against fascism. Once again, the writing is so good, with great actors like Stellan Skarsgård delivering bone-chilling monologues that leave you breathless.

Diego Luna’s performance as Andor is almost underrated because of the firepower added by his co-stars, but he is phenomenal in his approach. Luna internalizes everything, conveys so much with just a look, and his performance and character’s development throughout the season is just a perfect mix of writing and acting. From start to finish, Andor delivered a masterclass on advancing franchise storytelling into something more than Easter eggs and fan service into something with real merit and importance.
\
Andor streams on Disney+.