White Balls & White Lines: The Wild Story of the Making of Caddyshack 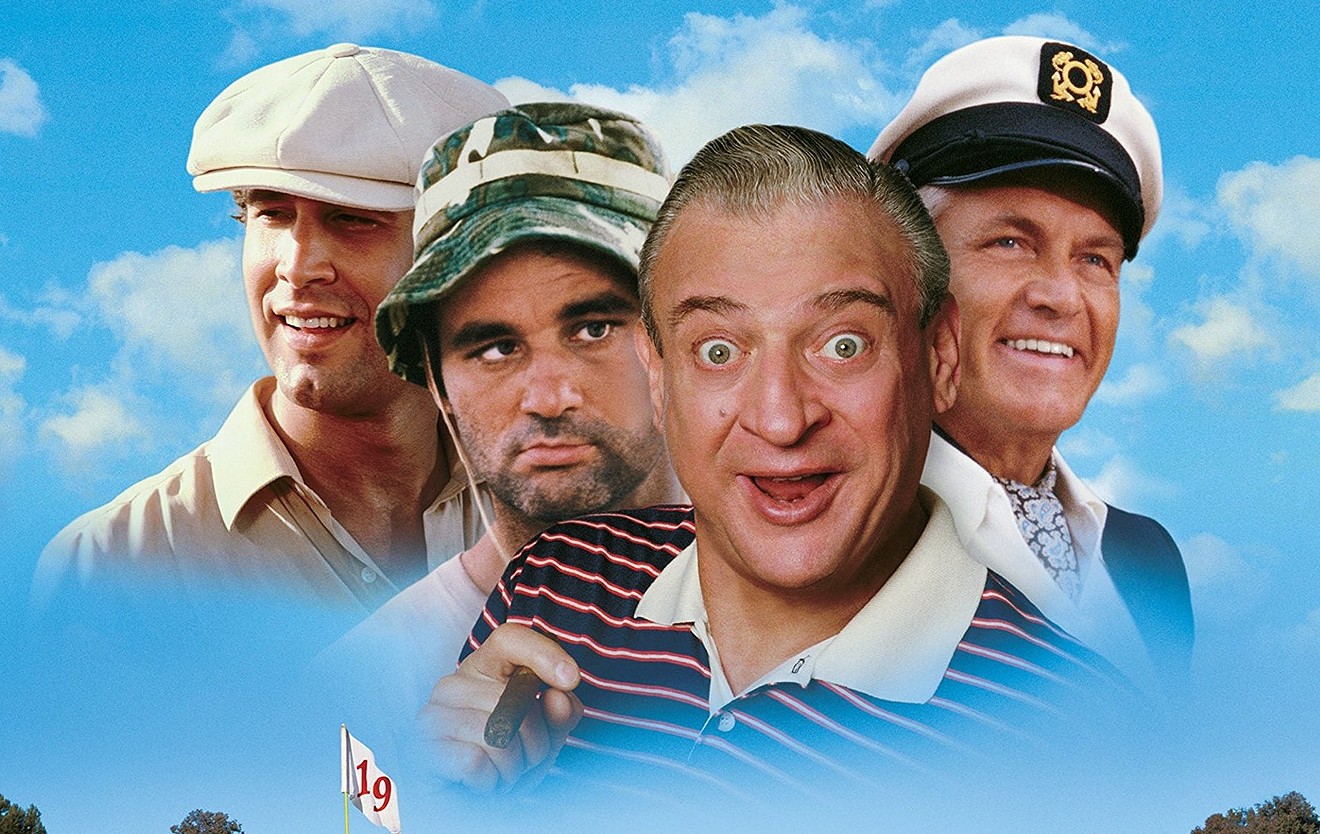 Today, Caddyshack is a beloved cinematic institution – even among non-putters – and a cult classic watched endlessly by its dedicated fans. There’s even a Twitter account dedicated just to espousing its much-quoted dialogue and one-liners.

But in 1980, the slobs-versus-the-snobs comedy set during the summer at an upper crust golf club was anything but a roaring success at the box office or with critics and moviegoers. That it got made at all – and its unlikely background story – is plumbed deeply by Chris Nashawaty in this fascinating and funny dissection. 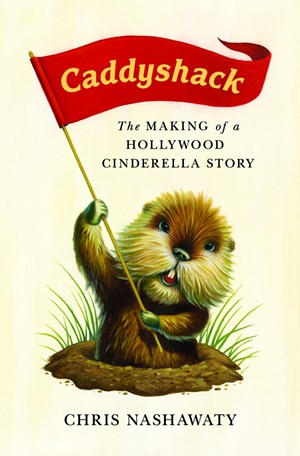 Book cover/Flatiron Books
Fresh off the unexpected massive success of National Lampoon’s Animal House, two-thirds of that movie’s writing team, Harold Ramis and Doug Kenney, were looking for their next project. Respectively veterans of Chicago’s Second City improve group and National Lampoon magazine, they had often heard tales from actors Brian Doyle Murray and his brother Bill about their teenage summers spent caddying at a Chicago-area golf club.

In writing sessions fueled by copious amounts of marijuana and booze, Brian, Harold, and Doug hammered out a script. They were given mostly free rein by studio Orion Pictures. Even when Ramis – who had never yelled “action!” before – wanted to direct. And include a Busby Berkeley-style water sequence with the flabby mail caddies in a pool scene, where a Baby Ruth candy bar is mistaken for “doodie.” And climax in the actual blowing up of a portion of the golf course, which Ramis neglected to tell the owners of real-life Rolling Hills Country Club where the film was shot.

What Nashawaty relates over the book’s pages could be its own movie (and has already been the subject of a documentary). With a production blessed/cursed by constant script changes, battling co-stars, a hurricane, raging nightly cast parties fueled by cocaine, and a fake-it-until-you-make-it ethos, Ramis and Co. were racing against the clock and a dwindling budget to get the movie made on time.

Narratively, the most interesting aspect is how the entire focus of the film changed from its inception. Originally, the meat of the story involved the teenage caddies and the love triangle between club employees Danny (Michael O’Keefe), Maggie (Sarah Holcomb, with a much-derided Irish accent), and Tony (Scott Colomby).

Chase and Murray were especially hot at the time from their “Saturday Night Live” launching pad. And in fact, much of Murray’s screen time was entirely improvised on the spot by the actor, who was only on set for a week. This includes the famous scene where Carl self-narrates a fantasy golfing sequence while teeing off on mums, done in one-take. And when he pushes the business end of a rusty rake into the throat of a teenaged caddy, the young actor increasingly feared for his life after each rehearsal.

Amazingly, there was no scene in the original script in which Chevy Chase and Bill Murray appeared together. And given the bad blood between the duo that resulted in a previous fistfight backstage at an “SNL” taping a few years prior, it seemed unlikely. But the wishes of the studio thankfully prevailed in this case, leading to the mostly-improvised scene where Ty “plays through” Carl’s dissolute shack where the groundskeeper enthuses about a hybrid grass he’s inventing that you can play golf on and smoke.

Dangerfield too was a rising star, racking up a bunch of appearances on “The Tonight Show,” and many of his lines were also improvised (or at least only in his head) in his major film debut. Used to the immediate reaction of a standup comedy audience, his confidence was shattered when his filmed antics weren’t getting any laughs from the cast or crew. That was, until he was gently told that they weren’t supposed to laugh out loud, or it would ruin the take. Still, he would often throw out filthy jokes, knowing they would never make the final cut, but gave him the reaction he wanted.


Standing apart was Ted Knight, the consummate acting pro and veteran of “The Mary Tyler Moore” show. Not a fan of the film’s improvisatory nature, the often unprofessionalism of an inexperienced cast and director, and definitely not the constant parties (of which Dangerfield, despite his age, joyously dived into, especially the cocaine use). So his character’s frustrated slow burns and tantrums were a bit more than Method Acting.

Nashawaty’s on-set and behind-the-scenes tales come fast, funny, and furious, and even diehard fans of the film will find plenty of new revelations. They’re based on the author’s archival research and string of original interviews for the book, including Ramis, Chase, Murray, cast and crew, and even singer Kenny Loggins, whose “I’m Alright” opens the film as a dancing gopher grooves to the music.

Ah, the gopher. Caddyshack’s most scene-stealing cast member wasn’t even human or written into the script at all, save for one scene when the varmint appeared as a ratty hand puppet popped out of a hole in the ground.

But when Ramis and Kenney found their original film a bit too disjointed in structure, an idea was sprung to have Carl’s battle with the creature be a unifying plot thread. When the creators had to go to the studio to beg for more money to create the animatronic animal (then a fairly new technology) and film his sequences, a resigned Orion coughed up the funds.

It’s hard to imagine today, but upon release, Caddyshack wasn’t nearly the hit that Animal House was, and not even the biggest moneymaking comedy of the summer (that was Airplane!, followed by The Blues Brothers). Shockingly, Kenney died from a fall off a Hawaiian cliff shortly after the film’s release at the age of 33.

The writer was severely depressed by the reaction to a film that he had been somewhat pushed out of during the creative process. His feelings were fueled by an insane level of cocaine use, and whether it was an intended suicide or the risk-taker simply slipped on the ledge while high may never be known.

Kenney’s life and work have recently been the subject of a book and documentary – both titled A Stupid and Futile Gesture. The title comes from a line in Animal House in a scene that featured Kenney playing a Delta fraternity pledge named Stork, who utters the immortal line in a southern drawl “Well, what are we supposed to do, ya stupid moron??”

With this book, Nashawaty has done an incredible service for acolytes of Caddyshack and fans of ‘70s-era movie comedy. And lovers of dancing gophers.
KEEP THE HOUSTON PRESS FREE... Since we started the Houston Press, it has been defined as the free, independent voice of Houston, and we'd like to keep it that way. With local media under siege, it's more important than ever for us to rally support behind funding our local journalism. You can help by participating in our "I Support" program, allowing us to keep offering readers access to our incisive coverage of local news, food and culture with no paywalls.
Make a one-time donation today for as little as $1.