Control is This Generation’s Bioshock 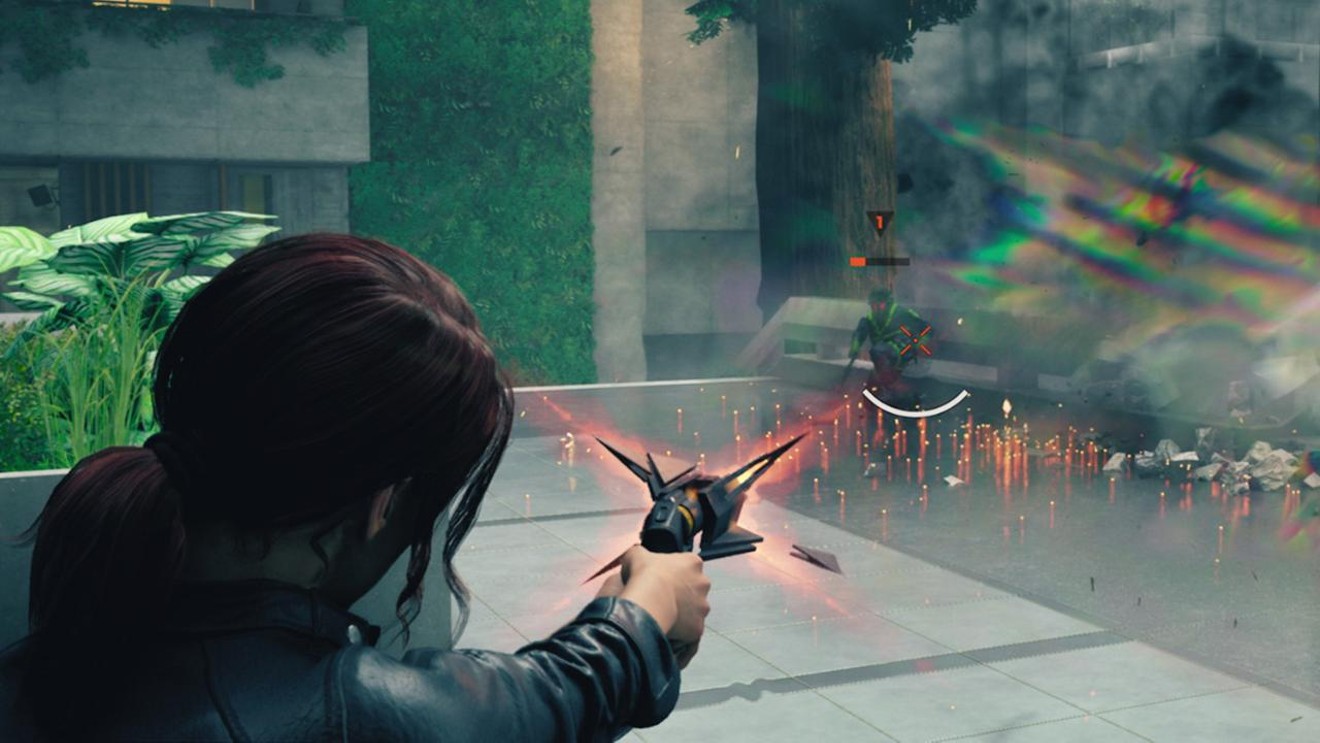 Your living pistol changes form to suit your playing style Screengrab from Control
I would argue that 2019 has been one of the best years of the last decade for new titles. From The Outer Wilds to A Plague Tale: Innocence to Bloodstained: Ritual of the Night and even to indie breakout hit Untitled Goose Game, it seems like all the best works weren’t sequels and reboots for a change. They were new ideas that filled niches left by tired old properties that had been abandoned or lost their way.

Which brings us to my favorite game of 2019, Control, and how it makes up for the fact an entire game system generation went by without a new Bioshock.

Control is a third-person action game. It follows Jesses Faden, a young woman mysteriously bonded to an entity that gives her minor psychic powers. She is investigating the disappearance of her brother Dylan, and that leads her to the Federal Bureau of Control and its impossible New York headquarters, The Oldest House. There, the previous director of the bureau abruptly commits suicide; anointing Jesse as the new director just as the building is invaded by a malevolent entity called The Hiss that mind controls agents for violent, unknown ends.

Just by itself, Control is amazing. The game is like House of Leaves if it had been set in the DMV. The first time you double back on your path and realize that the building has changed, essentially swallowing you whole, it’s more terrifying than any jump scare. The world-building is exquisite, which you would expect from a writing team that includes Sam Lake of Alan Wake and Anna Megill of Dishonored. All in all, it’s a great haunted house action title.

But what makes it the new Bioshock? Three things: architecture, ideology, and body hacking.

Part of the mass appeal of Bioshock was the setting of Rapture. Located under the North Atlantic, it was a marvel of art deco beauty gone to ruin. The city was so planned, unworldly, and dedicated that it became a character in its own right. Other games have amazing locations, but there is no place in gaming like Rapture.

Except the Oldest House. Rather than art deco, it is a brutalist environment that is both comfortably normal and alarmingly sinister. The building is theoretically infinite thanks to its connection with various dimensions, making it something like a government-run Tardis. It’s a city contained in one non-descript grey office park, and its terrible normalcy makes it even more believable than Rapture was. This building has its own culture, shown by the scattered (and often redacted) memos you find. The agents of the bureau might as well be their own micronation, and that’s gives it the same gravitas that Rapture had.

The thing most people associate with Bioshock, though, is ideology. The first game poses the question “what if laissez-faire capitalism and objectivism were taken to their logical extremes?” Each game after tackled a new ideology. The sequel explored reactive collectivism and religion. Infinite used white nationalism.

Control is obsessed with an ideology, too. It’s interested in… well, control. It’s right there in the name. The Federal Bureau of Control is a government agency fundamentally certain that all things can be managed and used with enough funding, research, paperwork, and agents. They scour the world looking for paranormal incidences, accepting them no matter how weird or dangerous they may be. Objects of Power (literally called OOPs) that do everything from randomly teleport people to drive them insane, are as ubiquitous as water coolers. They have a right to them, as decreed by federal manadate.

The bureau’s belief is that everything can be handled thanks to the power of government and the authority they are blessed with. Hell, Jesse is chosen to be the new director thanks to a living service pistol that talks to her and just shot its previous owner. That is not a subtle point being made about official state violence. That the bureau immediately accepts her as director even as she is there to angrily confront them about their abuses to her family they committed just underscores the flaw in their belief system. She is an agent of control, blessed by higher ups they follow with only the minimal grumbling all civil servants indulge in. In its own way, Control is as ideologically insane as anything Andrew Ryan tried, but it looks even more normal because as Americans we live in it.

Of course, the bio-shock in Bioshock is the body hacking. Infinite sort of lost the thread narrative-wise, but the two Rapture games made the alteration of the people in the city a key mechanic and plot device.

Jesse is a body hacker, too, of sorts. Her genetics don’t get overridden, but she does acquire the various OOPs. Aside from the gun, a stolen Russian nuclear code floppy disk grants her telekinesis. An empowered safe gives her a shield. A carousel horse lets her dodge. All this makes a little more sense when you play the game, but not by a lot.

As Jesse accrues the OOPs to herself, she becomes more and more worthy of heading the bureau. The various memos make it clear that only special individuals are able to make use of them, though The Hiss appears to be mimicking the abilities they grant. As such, the more Jesse absorbs the items the more she embodies the ideal of control that the bureau desires to achieve. With every completed mission, she is proof that all these phenomena can be used by qualified representatives of the United States.

Plus, the game took the two best plasmids from Bioshock, hypnotize big daddy and telekinesis, and made them central, basic elements of combat in Control. The combat is still kind of frustrating and pedestrian (again, like Bioshock), but it is far more streamlined here. In a lot of ways, what Infinite was trying to do balancing ability use and gunplay, Control does far better.

Bioshock is the apex high-concept shooter action game with a fantasy-sci fi twist. One of the reasons it has endured in public regard even after six years without a new entry is because it was and remain unique, even among titles that tried to mimic it. Since we can’t count on another entry any time soon, I’d say Control is the next-better if not best thing. Everything that made Bioshock great, it does in a whole new way. I’m not sure if it can spark a new franchise like Bioshock did, but it has made a damned good start.

Control is available now.
KEEP THE HOUSTON PRESS FREE... Since we started the Houston Press, it has been defined as the free, independent voice of Houston, and we'd like to keep it that way. With local media under siege, it's more important than ever for us to rally support behind funding our local journalism. You can help by participating in our "I Support" program, allowing us to keep offering readers access to our incisive coverage of local news, food and culture with no paywalls.
Make a one-time donation today for as little as $1.