Chris Pratt May Not Be Homophobic, But He Is Dangerously Lazy 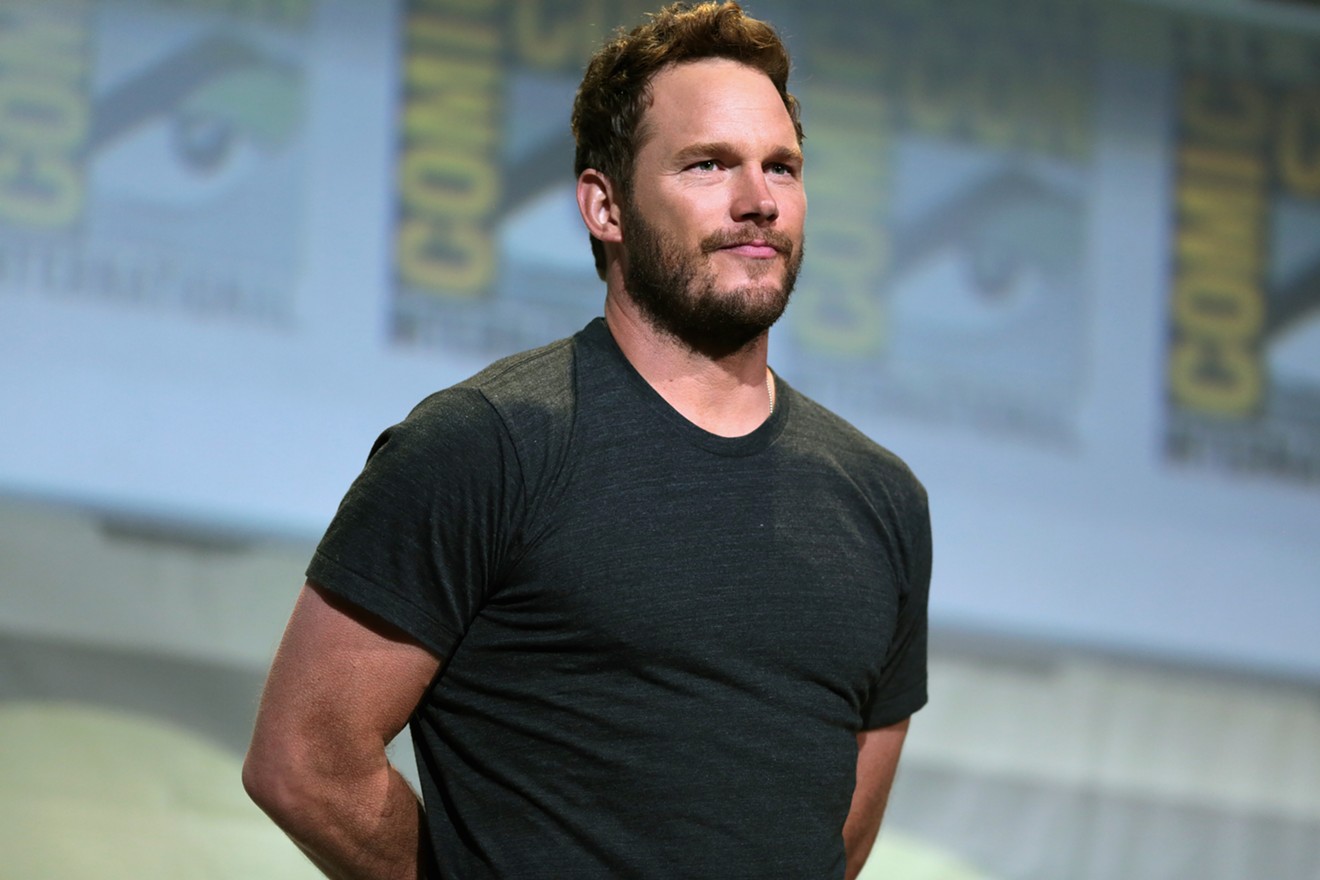 Chris Pratt at San Diego Comic-Con 2016 Photo by Gage Skidmore via Flickr
Since actress Ellen Page publicly came out as gay in 2014 she has spent a lot of her time and celebrity fighting as an activist, which is what you would expect from someone who announced her sexual orientation at a Human Rights Campaign conference. Lately, she’s been dragging Chris Pratt over the church he attends,

Pratt has been making the rounds talking about his spirituality in recent months, including adherence to a Bible-based diet. His church is Zoe Church. It’s part of the Hillsong mega-chain of worship providers, a chain that claims many celebrities such as Justin Bieber, members of the Kardashian/Jenner clan, Bono and Pratt’s wife Katherine Schwarzenegger as adherents. Hillsong has also made it clear that it is not in favor of LGBT people.

At least until 2011, openly gay members were referred to harmful conversion therapy, a practice now considered unethical by both the American Psychiatric Association and The American Academy of Child & Adolescent Psychiatry. Hillsong has since distanced itself from conversion therapy, but founder Brian Houston said in a 2015 blog post that the church continues to bar gay members from leadership positions and will not “affirm a gay lifestyle.”

Page commented on Pratt’s expression of faith during an appearance on Stephen Colbert on Twitter saying: Oh. K. Um. But his church is infamously anti lgbtq so maybe address that too? 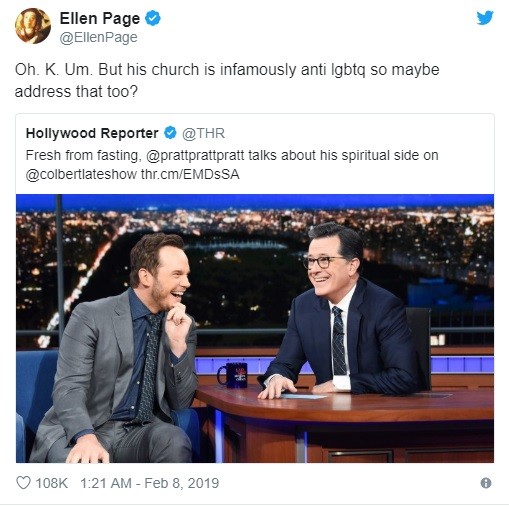 She followed that up with another statement on social media: If you are a famous actor and you belong to an organization that hates a certain group of people, don’t be surprised if someone simply wonders why it’s not addressed. Being anti LGBTQ is wrong, there aren’t two sides. The damage it causes is severe. Full stop. Sending love to all 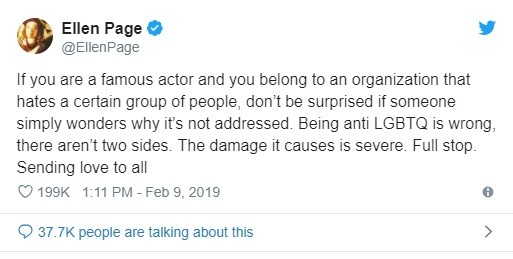 Pratt finally responded to Page in a post on Instagram. He denounced the idea that his church is anti-LGBT and says it welcomes everyone. He also states that despite the church’s position on divorce they provided him comfort.

Here’s the thing about Chris Pratt: I believe him when he says he feels welcome in his church. I believe that he feels at home and supported and forgiven by his worship family. I even believe that he is personally welcoming to the gender-sex minorities that come into his life. There’s no evidence he’s ever said or done anything homophobic beyond this.

The problem is that this is not about Chris Pratt’s soul or status as a good person. His church hierarchy has stated bluntly it does not support LGBT equality within its sphere, and unless his branch is in open rebellion of that then some form of Brian Houston’s discriminatory beliefs must trickle down into the pew Pratt sits in. He might zone out when it does. He might even be angry when it appears. But he accepts it in exchange for what he gets out of the experience.

Which means that Pratt is dangerously lazy and uninvolved. This is a man who is responsible for hundreds of millions of dollars-worth of ticket sales. Little kids dress like him for Halloween. He has a reach and influence larger than many religious denominations.

With that kind of pull he could do something about his house of God. Having one of the pillars of the Marvel Cinematic Universe and the current face of the Jurassic Park/World franchise is surely something that Hillsong values. Pratt could easily visit BelieveOutLoud.com and find a different church with less backward views of LGBT people, and Hillsong would lose a very high profile member worth millions in advertisement.

He’s not doing that, though. He’s asserting there is no problem even when people directly affected by the problem tell him there is. In the time it took him to make one of the ugliest and most amateur-looking pro-Jesus image posts ever on Instagram, he could have said something like “I dislike the way my church treats LGBT people and we should change that.” He could have had his people call Page’s people and maybe work out a dialogue to the betterment of Christ-seeking people everywhere. He could even use his resources to pressure his celebrity-addicted worship clique to join the 21st century and cast aside archaic, hateful norms in favor of better ones.

There are tons of people who have mixed feelings about their church’s positions, who hold onto what they love about their community while the bad bits gall like a stone in their best shoes. I even run into a fair amount of atheists who put their fingers in their ears and go lalalalalala whenever I bring up how much of the atheist YouTube community is made up of sexists and transphobes with thousands of followers. Any sub-system within a system containing institutionalized bigotry will manifest aspects of that bigotry no matter how good the intentions of the sub-system’s creators are.

However, you don’t get to ignore that and be the good guy. It’s impossible after this past week that Chris Pratt is ignorant of his church’s history and stances. If he chooses to not comment on them as a negative he either agrees with them or he can’t be bothered to make himself or his worship family uncomfortable by publicly disagreeing with them. It’s a toxic lethargy that keeps powerful organizations able to prop up inequality.
KEEP THE HOUSTON PRESS FREE... Since we started the Houston Press, it has been defined as the free, independent voice of Houston, and we'd like to keep it that way. With local media under siege, it's more important than ever for us to rally support behind funding our local journalism. You can help by participating in our "I Support" program, allowing us to keep offering readers access to our incisive coverage of local news, food and culture with no paywalls.
Make a one-time donation today for as little as $1.