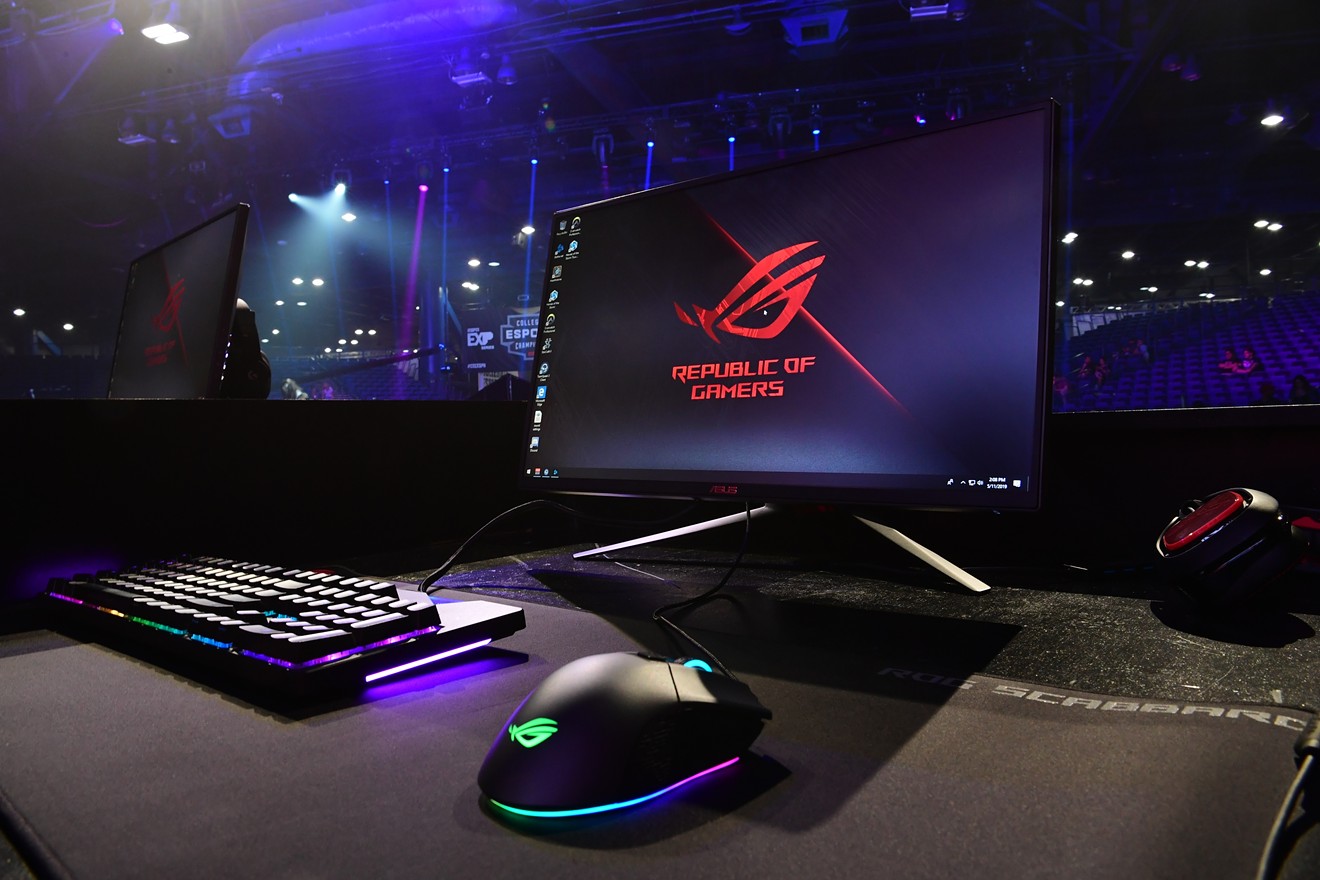 Comicpalooza 2019 featured panels on a variety of current issues in the gaming industry Photo by Phil Ellsworth / ESPN Images
As always, this year's three-day Comicpalooza extravaganza was so much more than a fan-art market and cosplay convention. The highlight of the annual event continues to be its informational, inspired and entertaining panels and speaking events.

One of the industries receiving more attention at this year's conference than in previous years is gaming. Specifically, the console and PC video game industries. The marque gaming event of the weekend has been the ESPN Collegiate Esports Championships. Three days of collegiate esports matches streamed live on Twitch from ESPN's live studio arena inside George R. Brown. However, the less advertised gaming panels have drawn local gamers, streamers, aspiring developers and generally interested parties to hear talks on a variety of topics related to the rapidly evolving global gaming industry.

Among the topics of focus this weekend have been skill development for novice streamers, the issues of sexism and gender diversity within video games and tips on how to play video games for a charitable cause.

All three days of the convention feature panels on streaming. The live streaming market has emerged in recent years as the future of the video game economy. As millions of viewers tune into platforms like Twitch and YouTube Gaming every month to watch their favorite gamers stream their live gameplay, companies and streamers alike look for creative ways to monetize the nascent industry. Earlier this year CNBC reported that as early as 2012 Twitch had more than 20 million unique site visitors every month. As of early 2019 the site has over 3 million active monthly streamers.

Some notable speakers this year included local streamer and video game journalist RaSaan Harris, as well as online gaming personality and Twitch steaming coach Ashnichrist. Harris is a long time YouTube personality and live streamer as well as the founder of irbgamer.com, an online gaming publication based here in Houston. Harris' first panel on Friday morning focused on early career advice for would-be streamers — engaging with viewers, contacting potential sponsors and dealing with online trolls, among other topics. On Sunday Harris will be leading an interesting panel titled "Gaming for a Charitable Cause". The upcoming panel promises to inform listeners on ways to use gaming as a medium for charitable giving.

Saturday featured two panels by noted female streamer Ashnichrist on how to become a successful Twitch streamer. The platform's first official "streaming coach" engaged listeners on the finer points of developing a devoted following and generating revenue and a career through live gameplay. Left to Right: Karen Snyder, Cristina Mead, Ashlyn Chatelain
Photo by Carlos Brandon
Saturday also featured a more thoughtful and sober discussion on the state of gender equality in the gaming industry. An evening panel titled "Women in Gaming: Winning or Losing?" was led by a trio of women with a wide range of industry experience. Karen Snyder is the managing director of Trans Seven (a transmedia internship studio in Houston) as well as a professor of digital media at UH. Ashlyn Chatelain is a College Station based senior project manager at Red Bird Learning and former game producer at Live Labs. Finally, Cristina Mead is the founder of Nerdy Girls Success, a local 501(c) nonprofit that works with middle-school and teenage girls, educating them on business and political leadership pursuits.

All three women provided insight on the state of female empowerment within the gaming industry — both in terms of evolving corporate cultures and in regards to the history of toxic behavior among gaming audiences. Their panel evolved into a collaborative group discussion with their audience, a mostly female group with vocal representation by women of color. Topics ranged from the growing percentage of women developers to changing attitudes about female body design and the need for dynamic female characters in video games.

The panel of course recognized the need for much more change, in particular highlighting recent issues at Riot Games. The popular developer behind massive esports title League of Legends has faced months of scrutiny following reports of a systemic culture of sexism. Ironically (according to the speakers) the evening's panel was meant to be sponsored by Riot before the company dropped out in light of the recent controversy.

In all, the panel felt like a positive reflection of a changing culture and an industry willing to face its past failures. At the very least it provided inspiring examples of successful women in gaming for an audience of young women with similar aspirations.

Sunday May 12 is the final day of Comicpalooza. Tickets are still available at comicpalooza.com/. Sunday features the finals of the ESPN Collegiate Esports Championships as well as RaSaan Harris' panel on Gaming for a Charitable Cause.
KEEP THE HOUSTON PRESS FREE... Since we started the Houston Press, it has been defined as the free, independent voice of Houston, and we'd like to keep it that way. With local media under siege, it's more important than ever for us to rally support behind funding our local journalism. You can help by participating in our "I Support" program, allowing us to keep offering readers access to our incisive coverage of local news, food and culture with no paywalls.
Make a one-time donation today for as little as $1.