Robert Englund Grateful for the Life Freddy Krueger Gave Him 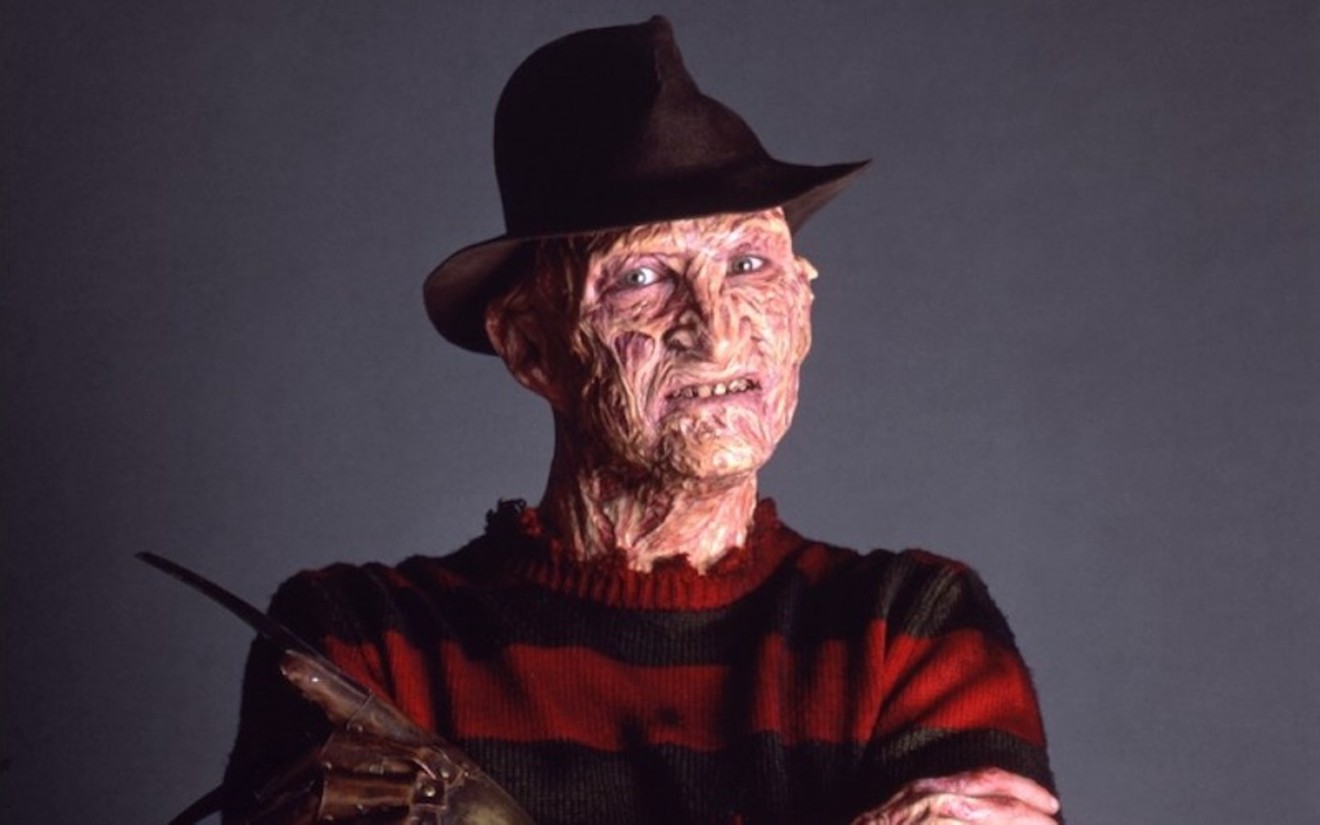 Robert Englund: "It's been a great ride!" Photo courtesy of Comicpalooza
Robert Englund will forever be remembered as Freddy Krueger, the child-murderer who returned from beyond the grave to…murder children in seven Nightmare on Elm Street movies (and one team-up with Friday the 13th’s Jason Voorhees). Far from begrudging this fact, Englund is grateful for all the opportunities Freddy has afforded him.

Speaking from Laguna Beach, California, Englund describes his success this way: “I’d done a lot of work before Freddy — but nobody knew my name. Hollywood knew who I was; I starred in movies with Jeff Bridges, Sally Field, Peter Strauss; I killed Burt Reynolds [laughs]. But the great, happy accident to my career right after Nightmare on Elm Street was the beginning of the video revolution, of video stores, and big Blockbuster stores, and then cable TV came into its own, and so all my movies were on cable TV.”

This led to near-continuous exposure, resulting in three generations of Englund – not just Freddy – fans: “They discover everything else I’ve done, not just the Freddy Krueger franchise," he says. "So I’ve sort of had this extraordinary international B-movie star career as a result of this, and I’m gonna be 70 here in a month, and I’ve got three movies coming out and the biggest game in the world, Injustice 2, and I love it. So any time I get invited to a film festival or a comic-con, I can’t wait to go, because it’s free publicity for me for my other projects, but I’m a fanboy, too.”

A subsequent discussion of his love of rare Freddy merch leads to the possible reason he never appeared in When Harry Met Sally: “When I did Nightmare 3, they hired this beautiful girl out of New York named Michelle to come in and finish up the New Line photo shoot, and she was so cute and I had such a crush on her," England says. "Of course, I’m in Freddy drag and covered in K-Y Jelly [laughs], and she’d grab me between takes and we’d take these photos with a bunch of old, porcelain children’s dolls. And every once in a while I’ll see one of those, and I found out that beautiful girl from New York, that kind of punk rock, skinny-black-jeans hot girl, Rob Reiner married her!”

Englund has worked steadily since the 1970s, when he appeared alongside many of that era’s biggest names in films like Stay Hungry and A Star Is Born. But it was Freddy that sustained his career: “I’m approaching my 80th movie, but I’m definitely a genre actor and a genre star. I would not be starring in movies still, or doing great supporting roles as I am, or being afforded sort of luxurious cameos as I am, had I not done Freddy. I was established as a best friend and a sidekick, but those roles don’t really age well on the sort of menu of character roles in Hollywood or the theater. Older roles are usually grandfathers, uncles, dad, moms, characters like that. But what’s happened for me, because I’m a genre star, I am the old professor, the old doctor or the old mad scientist. But I wouldn’t have graduated into those roles, they wouldn’t have been offered me, but because I carry the mantle of being a genre star, I fall right into them."

He has also enjoyed a lucrative side career in voice work, which he admits feeling some guilt about: “I’ve never understood the idea of celebrity voices," he says. "Sometimes it’s very successful; Josh Gad, people like that who are double threats because they can sing as well, but when you work with real voiceover actors that can do 15 accents off the top of their head, they can place their voice between their eyes or wherever, I always feel terribly guilty when I do one of those shows. But you get little checks forever. You get your session fee, then you get these little tiny checks which dribble in forever, which is a lot of fun, especially around Christmas.”


"It’s just a great gift that fell in my lap" — Robert Englund, on his success

After being cast as DC Comics villain Scarecrow in the upcoming game Injustice 2, Englund was apparently able to extricate himself from some of the demands, thanks to character design: “I didn’t have to wear the whole apparatus [mocap suit] with the balls all over me; in this one I was just supposed to wear this thing, you look like a dog that’s not supposed to lick itself, with this big cone over your head," he says. "But I started to do it and it was driving me crazy, because I need to modulate my voice because I really can’t hear what it sounds like, and that’s when I saw a drawing of what the Scarecrow looks like and I went, ‘Wait a minute, guys, my lips don’t move; you don’t need to use motion-capture on me.’ So I got to take that thing off. It was literally like having a rotisserie cone over your head.”

It’s hard not to get swept up in Englund’s enthusiasm. He truly embraces his niche, and is that rarest of Hollywood types: one grateful for his success: “I’m just absolutely a great beneficiary in this wonderful rise in horror and science fiction and fantasy films, and simultaneously all the different platforms that came along with my doing the first Nightmare and sort of supported and expanded my fan base," he says. "It’s been a great ride! People tell me, ‘You really embrace it,’ and I want to tell them: Anyone would embrace working all over the world for the last 35 years and not having to audition; it’s just a great gift that fell in my lap.”

Englund says he hopes to spend a good chunk of the coming summer bodyboarding at this “great little break” in Laguna Beach and getting caught up on Netflix, but before that he’ll be appearing at Comicpalooza at 6 p.m. Friday night for the Nightmare on Elm Street panel with co-stars Ronee Blakely and Amanda Wyss.

For a complete rundown on Comicpalooza 2017, see comicpalooza.com.