Doctor Who: Legend of the Sea Devils Helps Salvage the Show 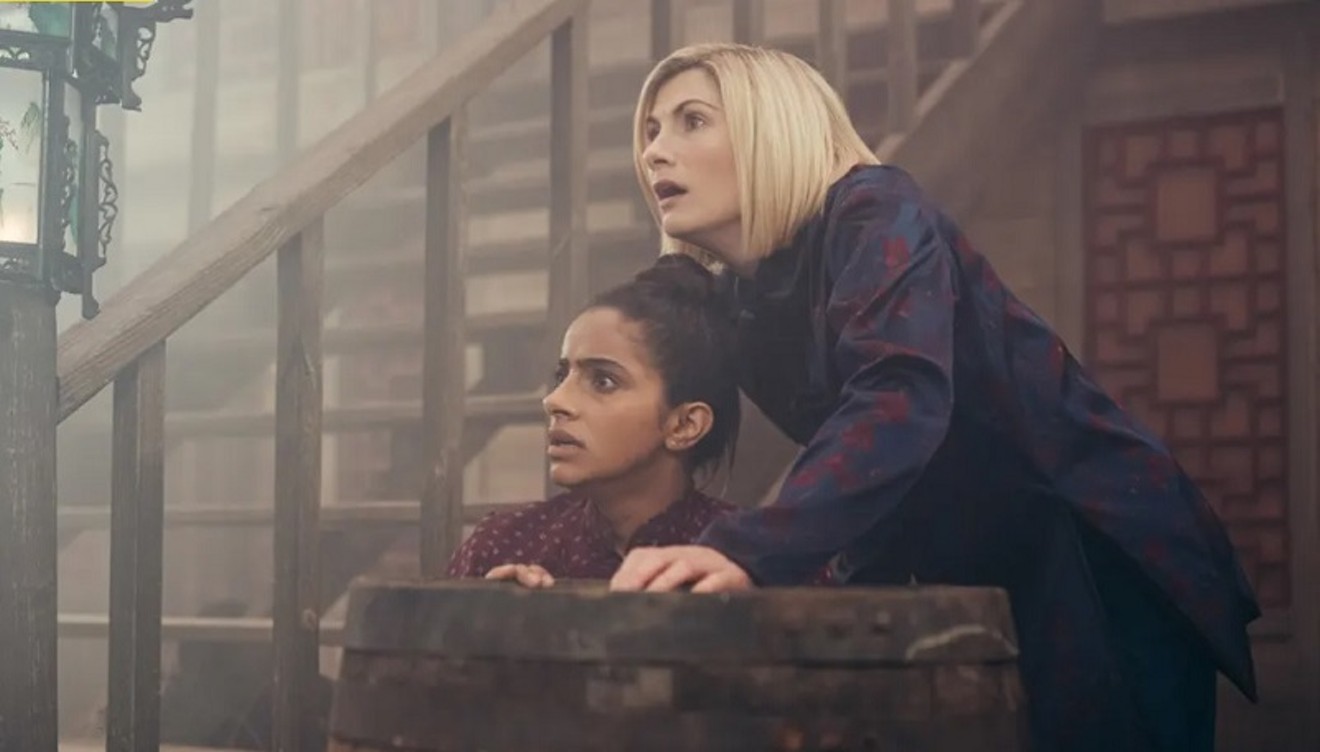 The Doctor and Yaz finally do some work on their relationship. Screencap from Doctor Who: Legend of the Sea Devils
The tenure of the Thirteenth Doctor (Jodie Whittaker) and showrunner Chris Chibnall has been a very awkward one. After a solid and innovative start in 2018 that focused on smaller stories, the show has descended into an awkward mix of bombast and confusion.

The Flux event that made up the last season was oft-times brilliant, but so epically stuffed with intersecting oddities that watching it was honestly more exhausting than fun. It's left Whittaker’s Doctor adrift in ways that have not let her plant her feet as the savior of the universe.

These last two specials, Whittaker’s swan song before she regenerates in the Fall, have returned the show largely to the early days of hope and change. “Eve of the Daleks” was especially potent, turning a self-storage facility into a riveting haunted house story and ranking in the top three scariest Dalek stories in the show’s history. Sunday’s “Legend of the Sea Devils” was not quite as good, but still managed to be a rollicking adventure story with both heart and action that is helping the era end on a high note.

The Doctor, Yaz (Mandip Gill), and Dan (John Bishop) land in 19th Century China for a holiday, but quickly get caught up with legendary pirate Zheng Yi Sao (Crystal Yu) and the return of the Sea Devil race from the Jon Pertwee era. This is actually the second time Doctor Who has used a pirate setting to link a previous adventure, the first being “The Curse of the Black Spot” where Eleven (Matt Smith), Amy (Karen Gillan), and Rory (Arthur Darvill) boarded a ship with treasure that was the focal point of the 1966 story “The Smugglers.”

The plot was barely important (something about the Sea Devils reversing the poles and flooding the Earth. I watched it on UK Player and it doesn’t offer subtitles). The real emotional center point of the experience was the evolving romance between The Doctor and Yaz. The unrequited love of Yaz has been handled very badly up to this moment, mostly because the last two seasons have involved Yaz asking very reasonable questions and The Doctor being a cold, distant dick for extremely vague motivations. Though the build up to their emotional heart-to-heart still feels fumbling, it was at least progress. That’s not nothing in an era that seemed determined to undo a lot of The Doctor’s character development regarding past trauma since the resolution of the Time War.

In the sideshow, Yu was a marvel as Zheng, and is yet another example of how the Chibnall era has made it a point to highlight famous women in history in compelling sways. Despite a rocky start, Zheng pairs well with Dan to form an effective pirate team that’s high in comedy as well as pathos. Though Dan has always felt somewhat superfluous to the crew plotwise since his addition, there’s no denying that Bishop’s penchant for quiet goodness as well as his comedic timing has made him an essential component for emotional growth. It’s Dan that humanizes Zheng from her initial impression as a greedy pirate into a more honorable figure, and it’s Dan again who nudges The Doctor and Yaz into intimacy and honesty.

“Legend of the Sea Devils” is just competent Doctor Who, but it’s honestly nice to feel the show finding a form that’s more recognizable to the past glories. Chibnall deserves a lot of credit for being willing to experiment and take the show in strange directions, but there’s no getting around the fact that his mad science approach has been tiring. Ever since “The Battle of Ranskoor Av Kolos”, Doctor Who has been like a gauntlet of canon explosions and big ideas. These last two specials have put the quiet moments back front and center for the betterment. It’s very sad that this is the end rather than the middle for the Thirteenth Doctor, but it has at least made the rough patches feel worth it again.
KEEP THE HOUSTON PRESS FREE... Since we started the Houston Press, it has been defined as the free, independent voice of Houston, and we'd like to keep it that way. With local media under siege, it's more important than ever for us to rally support behind funding our local journalism. You can help by participating in our "I Support" program, allowing us to keep offering readers access to our incisive coverage of local news, food and culture with no paywalls.
Make a one-time donation today for as little as $1.