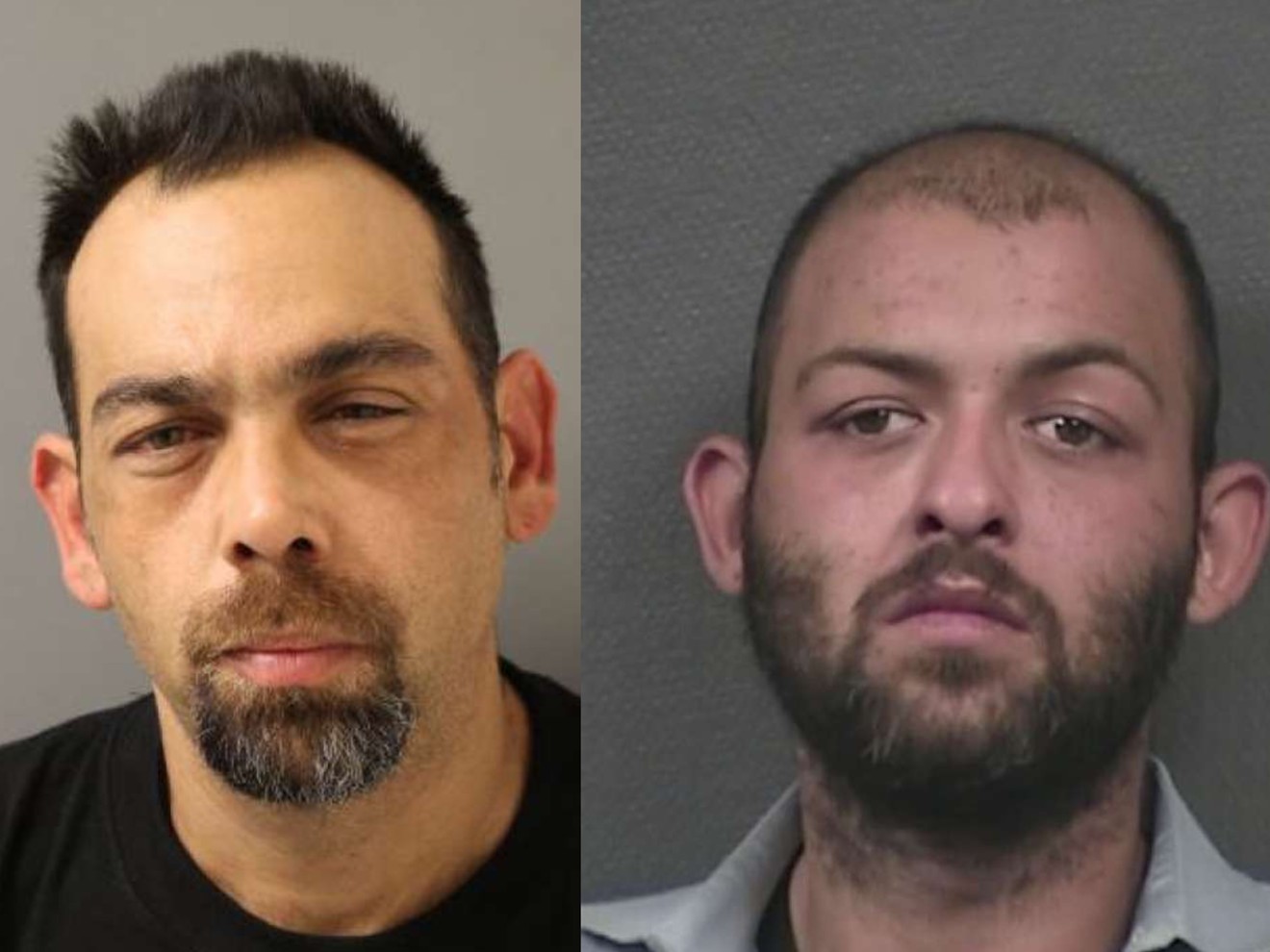 Paul Yonko (Left) and Nick Stanley (Right) are on the lam from the law after allegedly robbing a 75 year old man. Photos courtesy Harris County District Attorney's Office
Recently, Houston has been the feeding ground for a slimy type of predator, cruising our roads like sharks looking for wounded prey. But unlike sharks, which are only doing what comes natural to them, and who are part of a beneficial cycle, the predators working Houston’s Southwest side, are a specific type of criminal that target the vulnerable and unaware. These are the “Wobbly Wheel” scam artists, and the sooner all of them are out of commission, the safer our city will be.


The way these criminals work is they pull up alongside another car and try to get the driver’s attention, usually yelling frantically, and pointing at their potential victim’s vehicle. Then they'll tell their mark that his or her “wheel is wobbling so badly it's about to fall off” or some variation of this lie. These creeps travel in packs and will then follow their understandably concerned victims into a parking lot, where one of them will “helpfully” offer to fix this catastrophic mechanical failure “for free”, out of the goodness of their hearts. Then they hit their victim up for hundreds of dollars to cover the cost of a non-existent part they've installed, and escort them to the nearest ATM.

These creeps are good at this scam, preying on the elderly, or other vulnerable people who believe they might believe they have a real emergency on their hands. Once they have their victims isolated, the potential for intimidation or worse is obvious.

Recently, a man named Paul Yonko and his partner Nick Stanley made the news after allegedly intimidating and robbing a 75-year-old victim, and the pair are currently wanted for aggravated robbery, which carries a penalty of five years to life in prison. Upon seeing the mug shot of Yonko, I immediately recognized him to be the guy who tried this scam on me a few months ago while I was driving down Westheimer… one does not quickly forget the face of a guy who looks like Paul Yonko. At the time, I didn't register my close encounter as anything dangerous, but looking back, it's obvious it could've been.

This is apparently an old scam, but it's been increasingly common lately, particularly in Southwest Houston. It goes without saying that no one should let a stranger into their car, but when that stranger has tricked you into thinking they've helped you avoid a major mechanical problem, many people will let their guard down.


There are things to remember though - If you'd never heard of a wobbly wheel scam before, you have now. This is a known scam, and just like Nigerian Princes approaching you for money, anyone trying to convince a person their wheel is about to pop off should be regarded with suspicion. One might also pay attention to obvious things - Is their car driving along fine? Because if your wheel was wobbling so much that it's noticeable to people in other cars, chances are it would be obvious to you. Also, there is very little chance that a Good Samaritan would be able to fix this kind of problem in a few minutes with a part they just happened to be carrying with them. Suspension or wheel issues that severe would take hours to fix with specialized tools and parts.


A person who feels like they're being targeted by these criminals should keep driving, or pull over somewhere with a lot of people milling around. I'd suggest parking right in front of a police station, or pulling into a busy auto shop. They could also use their cellphone to call the police, or quickly walk inside a busy store and ask for assistance. The one thing a person should never do is to allow these scumbags to get near them or to isolate them somewhere off the beaten path. They are looking for easy targets, and avoiding being one is relatively simple.