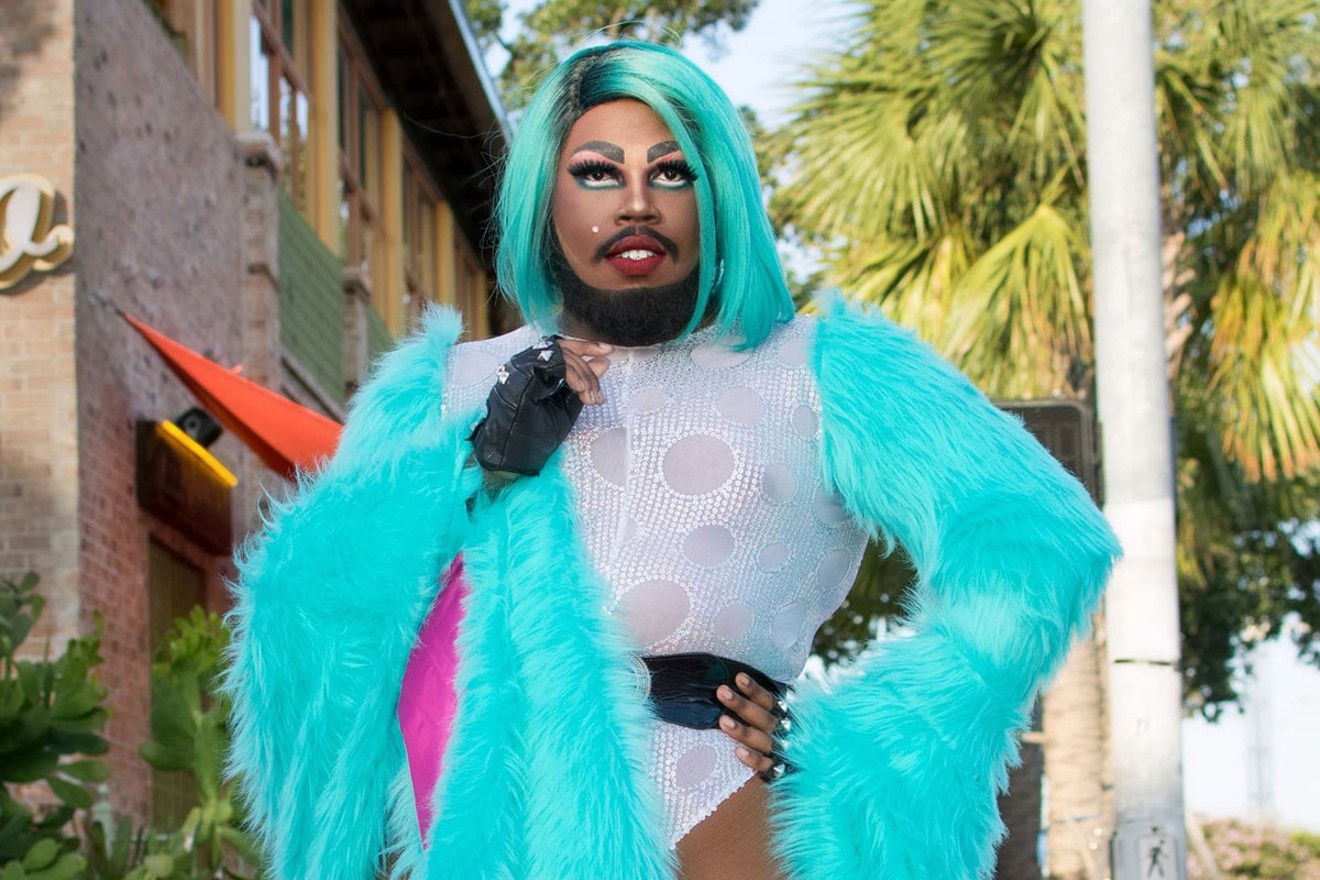 Blackberri will bring her vibrant look and humor to the Freed-Montrose Neighborhood Library for a new program called Drag Queen Storytime. Photo by ASOVPhotography/Angelo S. Ortiz Vela
Note: Due to Hurricane Harvey, Drag Queen Storytime will begin on September 30.

Parents often tell their children not to judge a book by its cover. That sage advice rings even more true with the Houston Public Library’s upcoming series of events titled Drag Queen Storytime, which runs every last Saturday of the month through January 27 at the Freed-Montrose Neighborhood Library, 4100 Montrose. Youth Services Manager for the library Kallie Benes says, “The goal of the program is to instill a sense of love and acceptance in our children and encourage them to be true to themselves.

As the title suggests, it involves drag queens reading stories and participating in activities with a group of children and their caretakers.

Other cities have been hosting events of this type in California and New York for a while, and Houston recently caught the trend. Brazos Bookstore hosted a similar reading in June as part of a Pride Month celebration, with local drag entertainer Blackberri as the instructor.
The events benefit children's understanding and acceptance of the people around them, as Blackberri sees it. "Not everything is black and white. It opens children's eyes and helps fight ignorance," she says.

Now, it’s growing into a larger, monthly presence with the Houston Public Library. Blackberri will reprise her role as a reader alongside another entertainer, Tatiana Mala-Niña. “One of our staff members was presented [this idea] in an outreach program, and so we followed up, and they were looking to host it in the neighborhood,” says Benes. “That’s part of our job — to stay abreast of the needs of our community. When they ask us for programs, we look at how we can meet their needs and make sure they’re satisfied with the services.”
Likewise, understanding the needs of the community is what inspired Mala-Niña to take part in Drag Queen Storytime.

"I'm a transgender female, and I remember, even at the age of 5, I knew I was different from other kids around me," she says. "I wish something like this was around when I was growing up. I feel like seeing someone living their life so glamorously, I could of have definitely gained more courage."

Tatiana Mala-Niña is one of the guest readers who will entertain children and their caretakers during Drag Queen Storytime.
Photo by Joe Michael McKinney
For a city as diverse as Houston, it would be expected that some people would welcome Drag Queen Storytime while others would frown upon it, yet Benes has only heard positive reaction so far now that news is starting to spread about the activity. “At this point, I haven’t received any criticism. I’ve heard positive things through word of mouth," she says. "I think it will have a huge following and be hugely successful as it has been in other cities.” Plus, Benes says it’s a guaranteed fun experience for all ages. At this weekend's Drag Queen Storytime, Mala-Niña and Blackberri will read Chrysanthemum and I'm Absolutely Too Small For School. They'll also lead a group sing-along to The White Stripes' "We're Gonna Be Friends," among other songs, using a cowbell and tambourine to teach children about rhythm.
“Looking at the titles, I don’t know how someone won’t enjoy us," says Benes. "There will certainly be songs and titles that will get the crowd engaged."

Expectedly, the readers will look bright and colorful, and attendees are encouraged to come dressed up for the occasion if they so choose. “I thought about how I would convey this to my 4-year-old.  He loves dressing up like a superhero. It shows on the exterior how he feels on the inside,” says Benes. “We encourage people to come in whatever they feel makes them look good."

Once the initial six-month trial period concludes, the library will evaluate the results to determine if it will extend the program.

Drag Queen Storytime is schedule from 1-1:45 p.m. on the last Saturday of every month through January 27 at the Freed-Montrose Neighborhood Library, 4100 Montrose. All ages are welcome. Free.