Why Eminem Is Always Invited to the Cookout 
Eminem has always been known for his graphic, uncensored lyrics when it comes to his personal beliefs, and Tuesday night's performance at the BET Hip-Hop Awards was no different. While Mr. Mathers' lyrics have always earned him an invite to the cookout, the words he spit Tuesday solidified his place.

The invitation to the barbecue is a cultural or metaphor extended to those of other races by African-Americans as a means of saying, "You get it!" "You're 'woke'!" Eminem has called his fans out:

...any fan of mine who's a supporter of his
I'm drawing in the sand a line, you're either for
or against
And if you can't decide who you like more and you're split
On who you should stand beside, I'll do it for
you with this:
[expletive] you!


In the world of English, we call this a call to action. Mathers has co-signed for every African-American who has taken to social media and argued with Trump sympathizers, the ones who have convinced themselves that race does not matter in 2017 — the ones who argue that African-Americans are neurotic and that we have made this whole thing called racism/white supremacy up. Tuesday, Mathers urged everyone to pick a side and stand up.

They targeted us, stalked us like prey, lynched us, and then in a court of law, and then rendered a 'not guilty' over and over again by a jury of people alleged to be our peers. Meanwhile, Trump's America sat in front of their televisions comfortably and said nothing in the public forum.

Do not ever forget that now-former San Francisco 49ers quarterback Colin Kaepernick began his silent protesting because of the racial injustices African-Americans are subjected to on a daily basis; in other words, just for being black. Trump managed to make this about defiance and disrespect to a flag and our country. The veteran we spoke to felt differently.

Sergeant First Class Mark Williams took to Facebook to tell the world that not only is he a vet, but a Purple Heart recipient and out of his multiple deployments, three were combat tours to Iraq. "This has nothing to do with the flag, the troops, or anyone who fought and died," he said. "Many [have a taken a knee]...and here is why: Sandra Bland, Tamir Rice, Eric Garner, Mike Brown, Trayvon Martin..." Williams' list went on to name those African-American men and women who were killed at the hands of police brutality because they were black.

Many would argue that his viewpoints are skewed, but Williams insists that the right we have as American citizens was because of his sacrifice. "I sure as hell didn't do all that [in Iraq] for no damn anthem or flag! I did it because I'm an American and my kids are American!", he said. "Why are you not equally as upset that my children, who are American, can not equally get what the flag represents?" Sergeant First Class Mark Williams says, "I fought for what the flag represents: equality and justice!"
Photo Courtesy of Mark Williams
To this, Eminem responds:

...Tiki torches in hand for the soldier that's black
and comes home from Iraq
And is still told to go back to Africa...


What began with Kaepernick, kneeling during the national anthem at the height of police brutality against unarmed African-Americans has now been overshadowed by Trump's deflection. Recently, the president called for the "sons of [expletives]" to be fired and dared the American public to boycott the NFL for not following suit.

Little did Trump know, or maybe he did, that Black America had begun protesting the NFL at the beginning of the season to show support for Kaepernick and to show unity and strength in numbers for those African Americans who died at the hands of white supremacy.

We side with Eminem's statement, "[explicative] that, this is for Colin, ball up a fist!"

Pick a side, take a stand. To put it plainly — stop killing us. Protesters, "E" & "Say" voicing their disdain for the current state of the country under Trump's adminsistration.
Photo by G. Paris Johnson
Texas Southern University Graduate student Ashlee Daniels has an answer: "If the American people truly believed in democracy, freedom, etc., [then] someone, somewhere from the conservatives' side should be OK with this freedom of speech and all other non-violent strategies that people of color try to implement," she says, "and those who implement such strategies should not fear being ostracized, fired, or worse — lynched."

You don't fight for a flag, or an anthem, or a statue; you fight for the people's freedoms and liberties which these symbols represent. You cannot disrespect an inanimate object, but you can disrespect the people the object stands for by continuing to ignore the fact that the black and brown citizens of this country are mistreated and demonized by a system that was designed to keep them out — white supremacy.

Many soldiers, like Mark, have given their livelihood for citizens of this country—including the president and vice president so that each of us is able to do what we were promised by our constitution. Kneel, lock arms, sit, stand, turn your back, if you feel that is the best way in which to express yourself, but do not forget who you are doing it for—African Americans.

Ta-Nehisi Coates said it best in his text Between the World and Me: "The question is not whether Lincoln truly meant 'government of the people' but what our country has, throughout its history, taken the political term 'people' to actually mean." 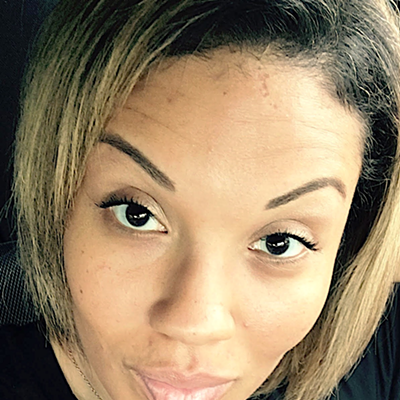