Turkey Legs, Pirates and Other Mysteries of the Texas Renaissance Festival 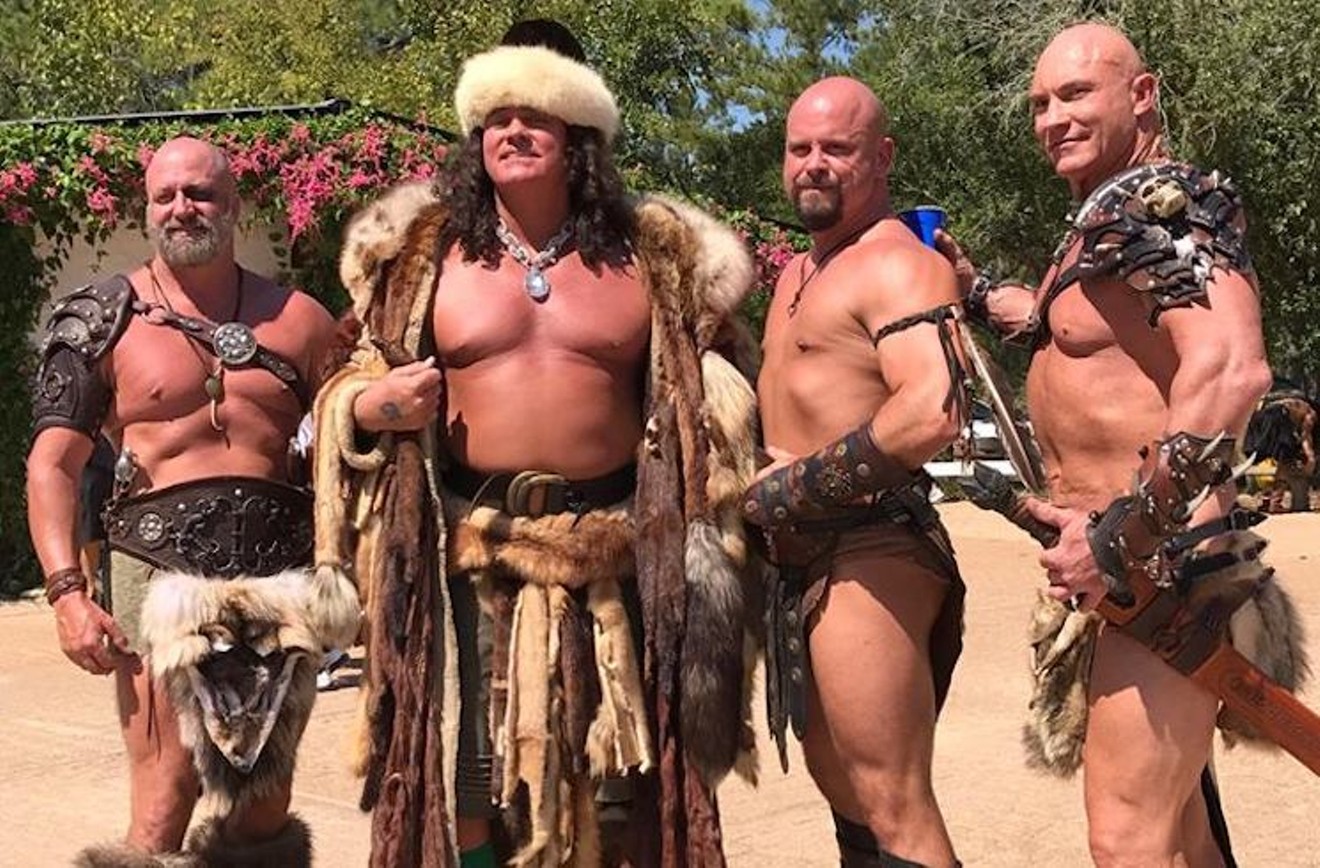 Phil Brayton (second from left) and crew raise the bar on Texas Renaissance Festival barbarians. Photo courtesy of Phil Brayton
As the weather begins to flirt with temperatures that won't vaporize human flesh, October finally arrives in Texas. Once again, it's time for many of us to dust off our chain mail (or at least some comfortable walking shoes) and prepare to head to the Texas Renaissance Festival. The annual event has been around since 1974 and bills itself as “the nation's largest, most acclaimed Renaissance-themed park.”

That “Renaissance-themed” bit might not be entirely accurate, as we’ll explore below, but the festival definitely draws many revelers — some 500,000 a year, according to its website — from far and wide, and offers visitors a wide spectrum of experiences. I freely admit that I've only visited a few times over the last 30 years, so many things about the fair baffle me, or make me wonder what kind of experience I should be seeking. Let's look at a few of them…

4 What’s With All the Turkey Legs?
I've often wondered about this. When you mention food at the Ren Fair, there's a pretty good chance turkey legs will be what people think of first. The huge, tendony/meaty drumsticks with a curiously porkish flavor seem to have a heavy association with the Ren Fair, and I've spotted them every time I've attended. I'm sure there are other foods available, possibly a lot of them, but what's with all those turkey legs?

I dimly recall paintings of old-timey dudes like Henry VIII holding drumsticks, so could that be part of the festival's appeal and association with giant turkey legs? Well, I did a little research and turkeys are a New World bird that didn't get imported into Europe until around 1526 after an Englishman named William Strickland brought a few of them back home from a trip to America. So yeah…turkey legs weren't around in the Dark Ages or medieval Europe, but could technically be considered a “Renaissance food.” However, it's also likely that they weren't common, and definitely not the kind of fare the average man on the street at the time would have had access too.

So my best guess is turkey legs are such a big part of Renaissance Festival food for reasons other than historical accuracy. Lots of folks think they're tasty, and they're probably easy to store and prepare. Also, they're almost assuredly more appealing to chow down on with a flagon of ale than something more historically likely… like a small bowl of gruel.

3. How About All the Pirates, Faeries, Furries, and Fantasy Stuff?
Yeah, I'm a crank, but I played D&D as a kid, I've read Tolkien and Robert E. Howard, and I understand the fantasy genre's appeal. It probably doesn't matter to many people that The Texas Renaissance Festival isn't particularly concerned with accurately celebrating the Renaissance period of European history. From almost everything I can see, that era sucked for almost everyone experiencing it first-hand. So rather than celebrate a time period where most people died young after living extraordinarily crappy existences, I'd rather walk around in a giant cosplay theme park where wizards mix freely with fairies, barbarians, and pirates. Since the Ren Faire has different themed weekends throughout its run — like "1,001 Dreams" this coming weekend — folks wanting to indulge their love of a certain fantasy or fandom element can find a perfect time to attend. 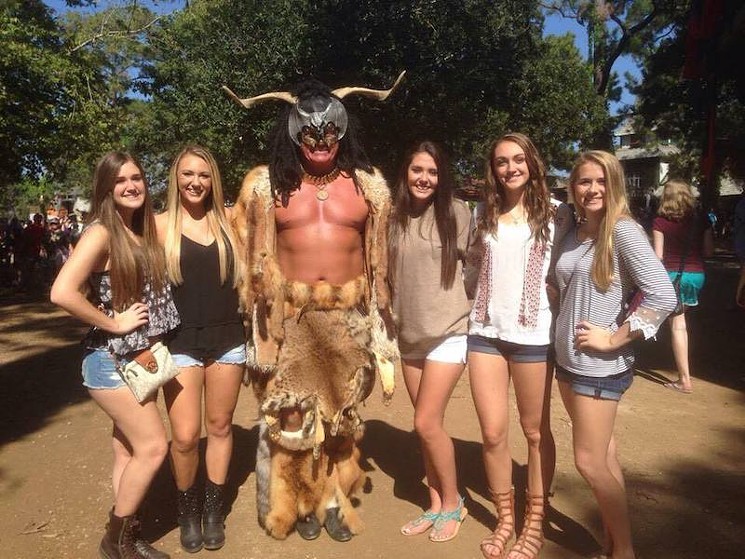 Here's Phil again, with a few female admirers.
Photo courtesy of Phil Brayton
1. The Best Part of The Ren Faire? The People!
Like any big gathering, the real appeal of the Texas Renaissance Festival are the people who work and attend the event. It's a great place to go, get dressed up (if that's your thing), and hang out with other historical or fantasy characters who dig the same kind of stuff. You might even be lucky enough to meet someone as cool as my man Phil here — one of the friendlier barbarians you're likely to meet. I mean, look at him! You definitely want to say hi to Phil!