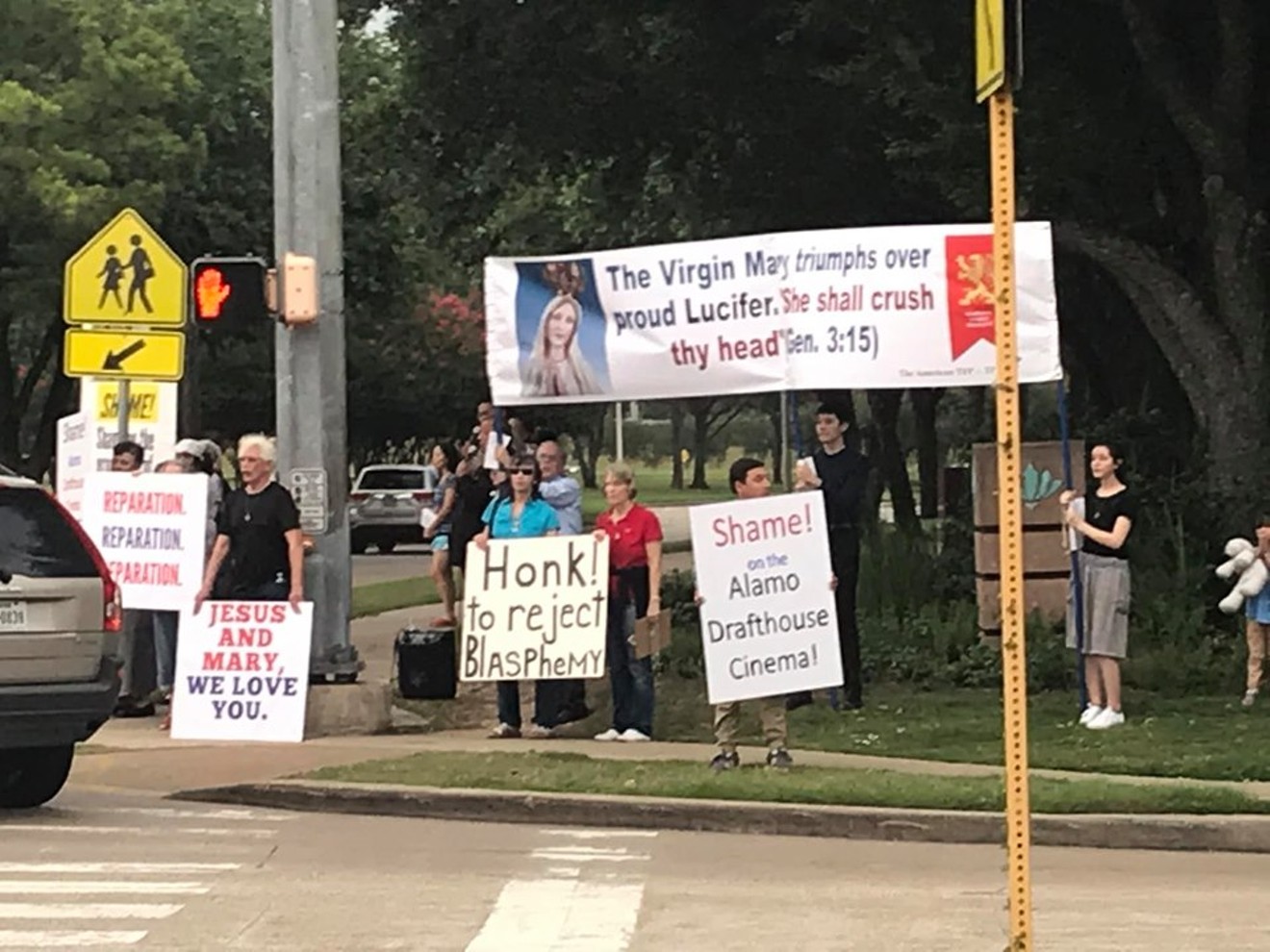 The film, like all of Lane’s work so far, is a deep dive into the weirder parts of America. This time she chronicles the Massachusetts-based Satanic Temple (not to be confused with Anton Lavey’s Church of Satan). Though fully recognized as a religion for tax and other purposes, it’s more accurate to describe the group as an activist organization seeking to use Satanism to counterbalance “religious liberty” legislation that deprives people of rights under the guise of faith. They have already challenged the recent spate of anti-reproductive health laws passed in various states by saying that access to an abortion is a tenet of their religion and banning it is a violation of their First Amendment rights.

Lane’s film highlights the antics of the church, including their tendency to take things a little far in the name of demonic camp. A church very much on the cusp between religion and punk rock not seen since churches were havens for East German punks against the Honecker government, they sometimes cross the line. Having same-sex couples make out in cemeteries to turn dead people gay comes to mind. Nonetheless, they’re generally a force for good in an increasingly theocratic nation.

Which is probably why protesters showed up. Alamo Drafthouse program director Robert Saucedo snapped a few pictures, and issued this statement to us:

Alamo Drafthouse LaCenterra programmed the critically-acclaimed documentary Hail Satan? as part of its Film Club series, in which we show provocative and enlightening films from around the world that elicit discussion. The documentary Hail Satan? is a film that explores the history of the Satanic Temple, a group that has been vigilant about supporting freedom of speech and the separation of church and state, ideals upon which our nation was founded. The documentary is not a glorification of Satan nor is it about Satanists or people who worship the devil. Alamo Drafthouse believes Hail Satan? is an important and timely film, as it fosters needed discussion and support for the first amendment and religious freedom. This is not a documentary about religious values, this is a film about core American non-partisan democratic values, an exploration of the first amendment, and as such we are proud to show Hail Satan? 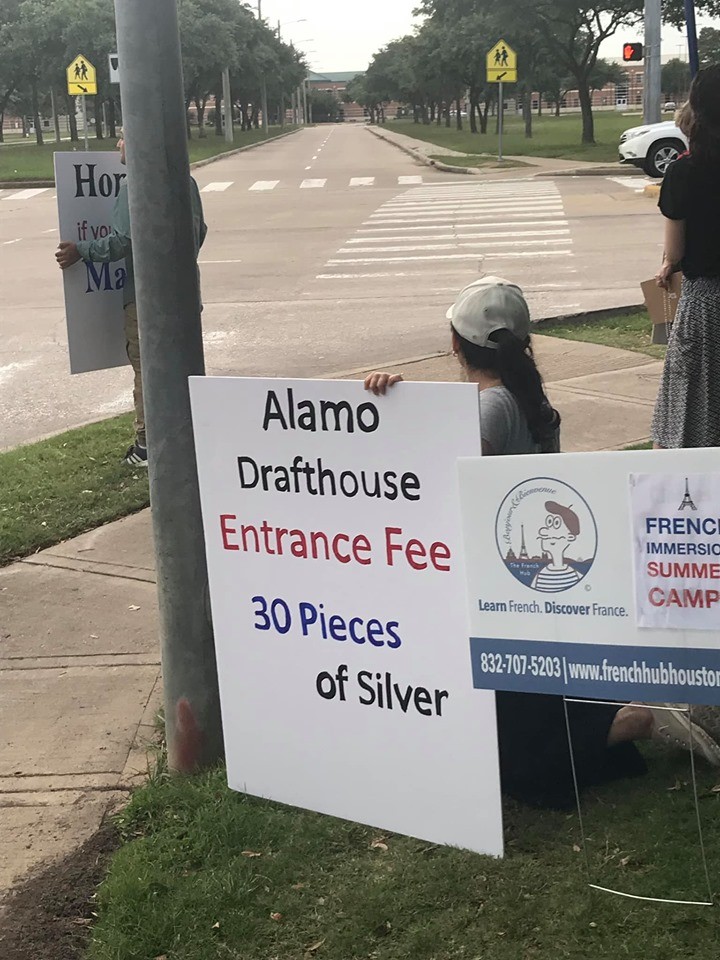 The response calls to mind organized Catholic opposition to Kevin Smith’s Dogma in 1999. Angry Christians stormed the film, calling it blasphemous and sending the director death threats. It’s unlikely any of those angry had actually seen the film, which has God (played by Alanis Morrisette) essentially saving the day. The protests for Dogma were more news than they were probably worth, with dozens instead of hundreds showing up with signs. You have to wonder if the hatred for Hail Satan? is a similar nothing burger. In Andrew Lapin's review of the film on NPR you can see very similar, if not exactly identical signs in the actual movie. In all likelihood, the backlash against the film is a small, but dedicated group of people determined to fight back against what they see as religious persecution.

The Satanic Temple would be proud of that sort of action.
KEEP THE HOUSTON PRESS FREE... Since we started the Houston Press, it has been defined as the free, independent voice of Houston, and we'd like to keep it that way. With local media under siege, it's more important than ever for us to rally support behind funding our local journalism. You can help by participating in our "I Support" program, allowing us to keep offering readers access to our incisive coverage of local news, food and culture with no paywalls.
Make a one-time donation today for as little as $1.