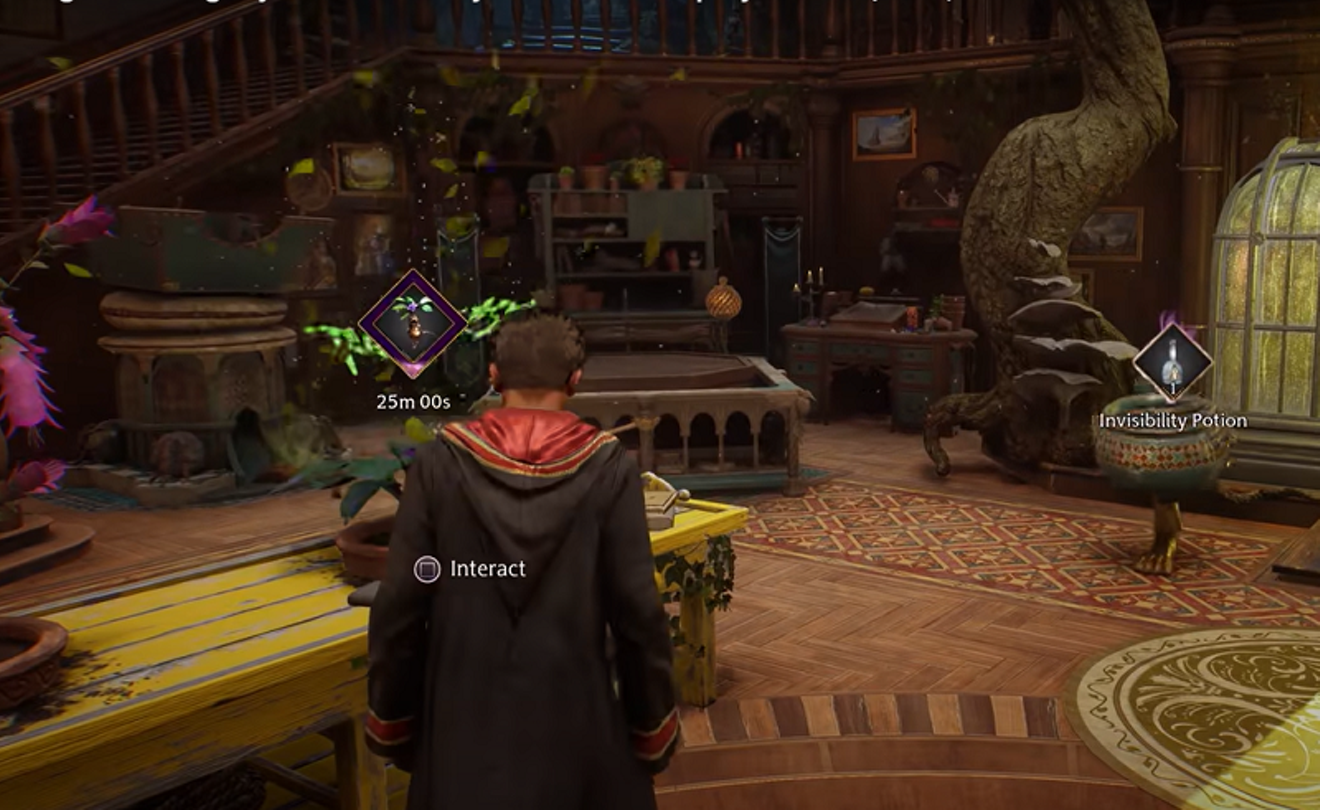 The Room of Requirement looks like it's ready for microtransactions. Screencap from the Hogwarts Legacy State of Play
Hogwarts Legacy, the upcoming game based on J.K. Rowling’s Wizarding World, got a dramatic State of Play reveal showing off some of its features, and like all things Harry Potter it was immediately a subject of controversy.

There are lots of reasons to pass on Hogwarts Legacy when it comes out this holiday season. Rowling’s increasingly virulent transphobia is one. One of its lead designers, Troy Leavitt, used to run an edgelord YouTube channel where he praised cultural appropriation and defended figures in the game industry accused of sexual misconduct. He only left his position after news of his activities broke. And, from the trailer it looks like a major plot point will involve goblins stealing a human child. Since Rowling’s goblins incorporate many anti-Semitic stereotypes, and the belief that Jews harvest babies for blood magic is a foundational part of many conspiracy theories, that is a very bad look.

However, today the focus is on whether Hogwarts Legacy will have microtransactions, internal marketplaces where players can spend real world money for character upgrades. The practice of incorporating microtransactions in games has come under so much fire that some countries have begun regulating or banning them. Children and people with anxiety disorders or ADHD are vulnerable to exploitation by these marketplaces, and game companies often build unnecessary grinding mechanics into the design specifically to nudge players into spending more money on top of the $70 price tag for the game.

Sharp-eyed viewers noticed that the Room of Requirement area of Hogwarts Legacy, where players can grow or upgrade resources, featured timers on various items. This is a common tactic in microtransactions-heavy games, making players wait for their upgrades unless they pay a fee to bypass the mechanic.

A small backlash led to Chandler Wood, the community manager of the developer Avalanche, tweeting that there were no microtransactions in Hogwarts Legacy, a statement that was celebrated. Despite that statement, there are some very good reasons for skepticism.

We've seen this question coming up and want to set the record straight.

There are no microtransactions in Hogwarts Legacy.


First, just because a game does not have microtransactions at launch does not mean that they won’t eventually. It’s become a trend in games to hold off on microtransactions until after the initial reviews come in and then add them in a patch. That most recently happened with Grand Turismo 7. It’s easy to see why. Microtransactions are worth literally billions in extra revenue for gamemakers.

Second, the presence of a microtransaction-like economical model in a game is an indicator that they have a place already made. Timers on upgrades are not necessarily linked to microtransactions. Some games like Ni no Kuni 2 use them to makes sure players aren’t outpacing the main story campaign. It’s possible that these timers are similarly benign, but it’s also possible that they are a harbinger of things to come.

Especially since literally everyone involved in Hogwarts Legacy has an awful history when it comes to microtransactions. Publisher Warner Bros. had such an egregious microtransaction system in Middle-Earth: Shadow of War that they eventually had to remove them after widespread fan condemnation. Warner subsidiary Portkey Games’ catalogue of previous titles is almost exclusively Harry Potter-themed mobile microtransaction cash cows.

Avalanche’s previous claim to fame, Disney Infinity, may not have been strictly full of microtransactions, but it built its gaming world by making players buy figurines. The toys sometimes cost as much as $70 and were responsible for most of the growth of Disney Interactive in the mid ‘10s as they moved to becoming a billion dollar part of the Empire of the Mouse.

All these companies have long histories of finding ways to make players pay extra for their experience at regular intervals in licensed titles of beloved media franchises. No matter what their community manager says now, there is almost certainly going to be a catch when it comes to Hogwarts Legacy.
KEEP THE HOUSTON PRESS FREE... Since we started the Houston Press, it has been defined as the free, independent voice of Houston, and we'd like to keep it that way. With local media under siege, it's more important than ever for us to rally support behind funding our local journalism. You can help by participating in our "I Support" program, allowing us to keep offering readers access to our incisive coverage of local news, food and culture with no paywalls.
Make a one-time donation today for as little as $1.