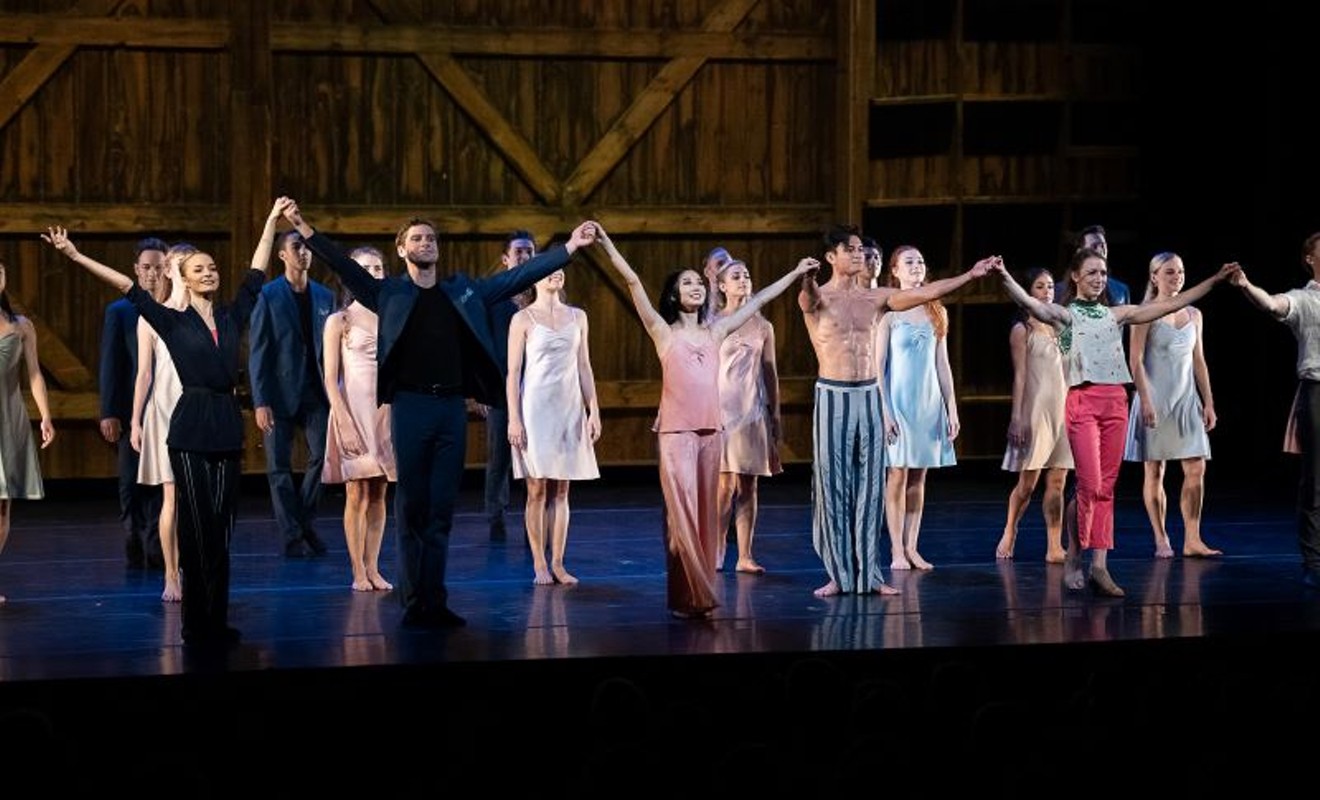 Artists of Houston Ballet at Jacob’s Pillow in Stanton Welch’s Just. Photo by Noor Eemaan (2018).
Houston Ballet has decided to delve even deeper into the digital world, announcing today that it plans to offer even more performances in that vein than it originally anticipated.

As a result, its season opener for the 2020-21 season will be Houston Ballet Artistic Director Stanton Welch's Just which was premiered in 2018 at Jacob's Pillow, a national historic landmark in the Berkshires of western Massachusetts.

During the spring, season subscribers were able to view previously recorded digital programming for the rest of the 2019-20 season. But with Just, single ticket purchases will be available, starting Monday, September 21.

Single ticket buyers will be able to watch the three-movement Just it from October 9-18 for $20 on Vimeo. Season subscribers will have the chance to watch the ballet for 30 days as well as access to bonus content and an invitation to "After the Curtain Falls," a live Zoom discussion with Welch and the creative team.

This will be the first time Houston audiences will be able to see Just in its entirety.

As for the rest of 2020, the announcement from the ballet stated:

The rest of 2020 includes diverse digital programming. The unannounced second repertoire of the season is estimated to premiere on November 13. Welch plans for a new dance project to be presented freely on social media following the second repertoire in November. The Margaret Alkek Williams Jubilee of Dance will remain a one-night-only event on December 4, streamed for free to subscribers and donors. The holiday show, which replaces the beloved The Nutcracker, will premiere mid-December. Houston Ballet hopes to return to a socially distant stage by early 2021.