A Look Back at the ‘70s Houston Monopoly Knock-Off 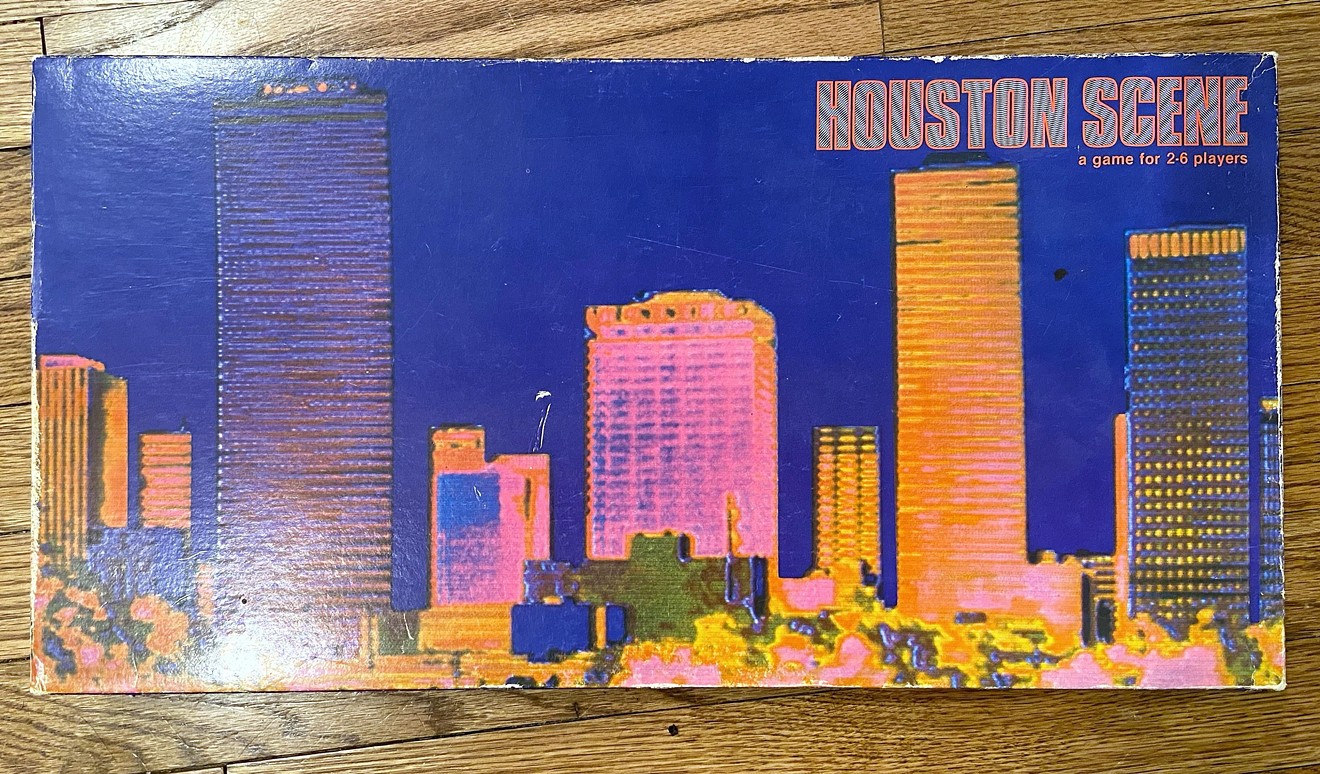 Houston Scene, a Monopoly clone Photo by Reddit user justalawstudent
Have you ever wanted to play as a rich developer in Houston in the 1970s? No, probably not. Two major oil crises did a number on old H-Town, but that didn’t stop Groovy Games from publishing a Monopoly knock-off in 1977 that at least let people pretend they were tycoons with money to burn.

I ran across this artifact, called Houston Scene, on the r/Houston sub-Reddit, and you can usually find a copy on eBay for around $50. It really is just a straight Houston version of Monopoly minus the brand name. All the normal Monopoly rules appear to be the same, though the board is not broken up by least expensive property to most.

What makes it interesting is looking at what were considered “prime” properties at that time and how the city has changed since then. In a way, it’s a perfect time capsule to look at how Houston has evolved (or not) over four decades. 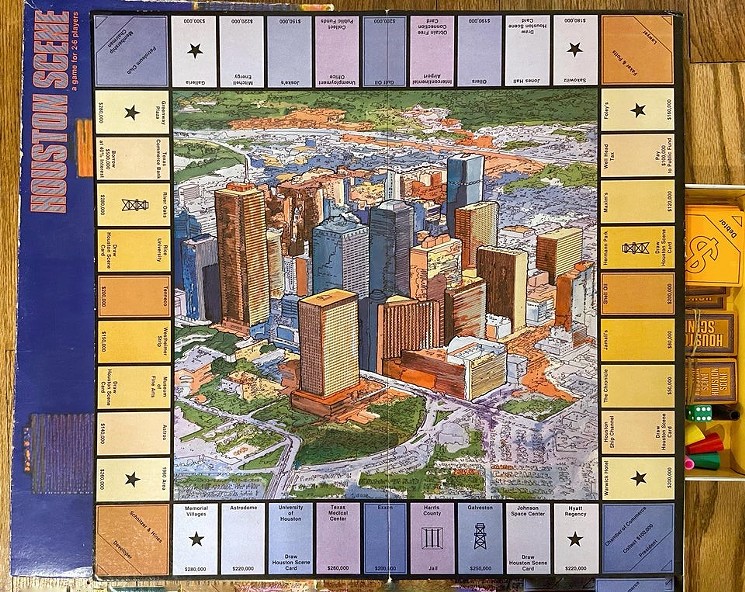 The board
Photo by Reddit user justalawstudent
For instance, players can buy the Astros and the Oilers, but not the Rockets despite the fact that the team had relocated from San Diego by then. The Astrodome is available for sale, but costs significantly more than either team. Today, the Astros are valued at over a billion dollars, while the most recent construction projects proposed around the defunct dome are estimated to be less than a tenth of that.

There are various publicly owned spaces that let players draw a card, and these haven’t changed hardly at all. The Museum of Fine Arts, Johnson Space Center, Rice University, and Houston Ship Channel are all there, though the zoo and the Houston Museum of Natural Science are conspicuously absent. You can buy the Texas Medical Center, but not Astroworld.

Oil is well-represented, so no surprise there. Exxon and Shell have held onto major properties in the city. Mitchell Energy has long since been absorbed in Devon, as has Gulf Oil. You can also join the Houston Petroleum Club in the game, which is much easier than trying to do in real life.

General areas like the Westheimer Strip, the Galleria, and FM 1960 are all relevant today, but many of the individual stores like Jamail’s and Foley’s are relegated to your dad’s bitter ramblings about how things have changed for the worse since back in his day.

There’s no Houston Post, but the Houston Chronicle is one of the cheapest spaces on the board. As a contributing writer to that paper, that’s a little hurtful, but the news outlet has outlasted the makers of this game so I’m going to do a small dance on their graves over it.

Overall, the game is a mostly forgettable cash-in on city pride, but it’s also a snapshot of Houston in a time of great change. The city was still mostly an oil town, a fact that would slowly change into a more cosmopolitan place over the next two decades. Things remain the same though. A modern version of the game still has the Ship Channel, the MFAH, and the Galleria, so maybe some things endure. It’s a weird way to judge the growth of our hometown, but at least you can do it while yelling at your family over who gets what token.
KEEP THE HOUSTON PRESS FREE... Since we started the Houston Press, it has been defined as the free, independent voice of Houston, and we'd like to keep it that way. With local media under siege, it's more important than ever for us to rally support behind funding our local journalism. You can help by participating in our "I Support" program, allowing us to keep offering readers access to our incisive coverage of local news, food and culture with no paywalls.
Make a one-time donation today for as little as $1.