5 Tips for Fairness When Your Whole Family Games 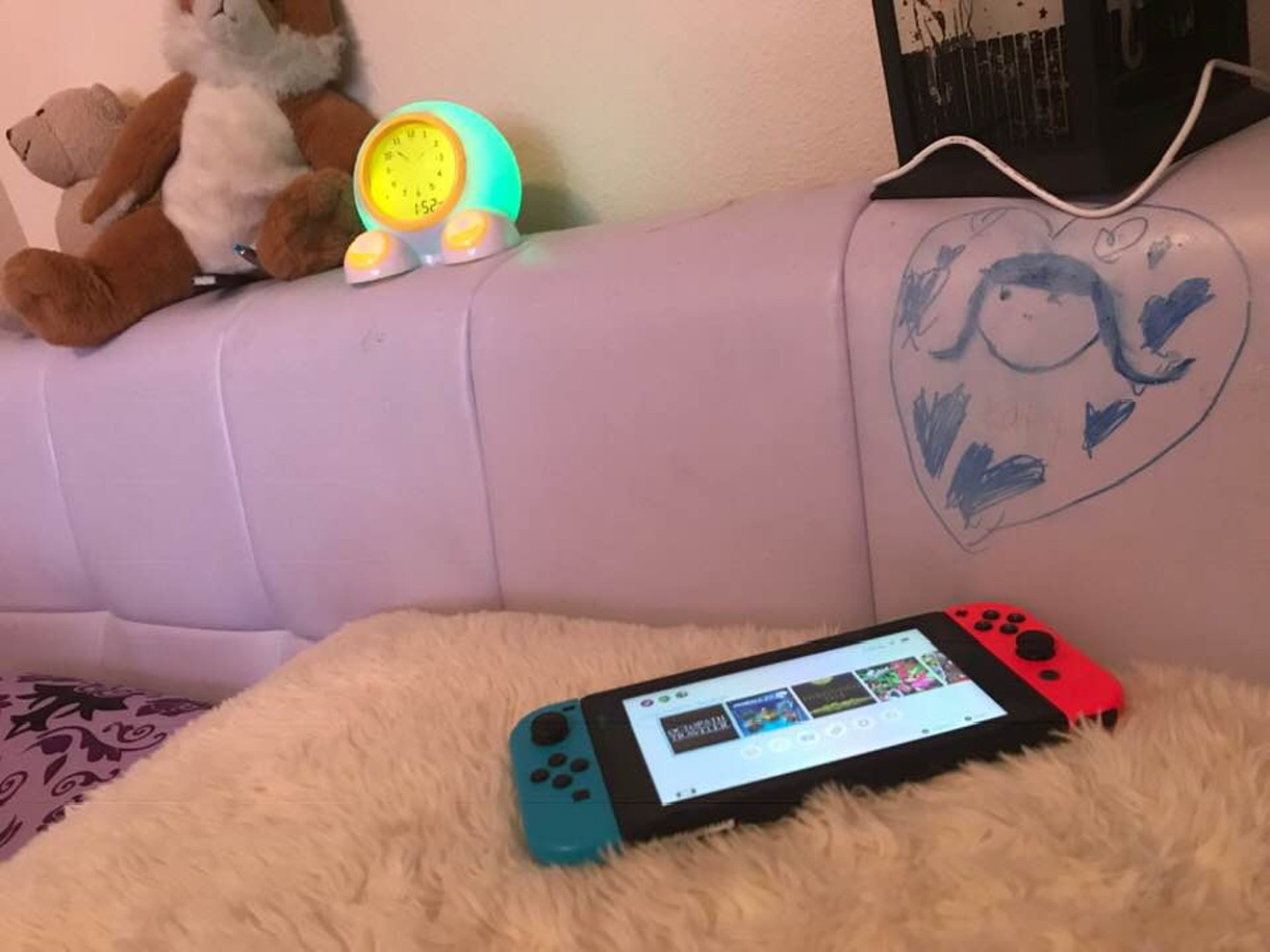 Bonus tip: make sure that your kids put consoles and controllers back on the chargers before they go to bed Photo by Jef Rouner
My daughter’s big birthday present this year was a Nintendo Switch, which she loves. She’s also become a fan of Parker Plays on Disney XD, which has sparked her interested in first-person games, so she’s been playing my PlayStation 4 a lot more. Meanwhile, my wife has used the Switch to renew her interest in RPGs [role-playing games for the uninitiated] like Octopath Traveler, and at any given moment I’m using one of the systems to play games for work and enjoyment.

The point is, like most families there is a limited amount of gaming time and resources available. This is important as generations who grew up gaming and kept at it as adults now have children who want to play. Over the last several months we’ve had to learn how to stay out of each other’s way whenever we wanted to game, so I thought I’d share some tips on sharing.

The biggest obstacle in my house before the Switch was the fact that gaming dominated our only television. So whoever was playing was also keeping others from watching movies or shows. That’s one of the reasons the Switch is such a great family system. It works as both a mobile and console. The versatility keeps us out of each other’s hair.

If the whole family is going to game, you need to consider how much of it can be spread around between everyone. If you have a second television, buying extra cables to move consoles between them easily is an option. Headphones are a must to reduce household noise pollution. You have got to consider how much space the action of gaming will consume.

Raise your hand if you’ve ever deleted your child’s save file.

I’ve done it twice. Friends of mine who are into Pokémon have even worse stories of kids and parents erasing progress. In my house everyone has a bad habit of leaving their games on standby and then putting them away, meaning that a lot of the time the next person who wants to play has no idea if they’re saved or not.

As systems come into your family life you need to set boundaries. Build separate profiles where possible. Establish rules about which save slots belong to whom and try to stick to them. If you’re running multiple save slots for some reason, tell the rest of the family so they can respect that.

Needless to say, access to the various online stores needs to have agreed-upon regulation. Even between the adults a monthly budget is worth adhering to. The sooner you consider the ways you’re going to be up in everyone’s digital business, the less likely that you’ll lash out when it happens.

Odds are, most of us use far too much screen time. There’s nothing wrong with the occasional all-day bender. I have several friends who told work that they came down with contagious diseases that kept them bedridden right as Kingdom Hearts III came out.

But regular gaming needs limits, especially with children. Screen time is terrible for your sleep schedule, and growing children need their rest more than they need to beat one more race in Mario Kart. Adults aren’t immune either. Since I tend to game after my daughter goes to bed, I had to start making myself turn off the system and read a book instead around 11 p.m. to make sure I wasn’t hurting my sleep cycle.

There’s a reason that Nintendo products suggest you give it a rest after an hour or two of play. Hyperfocus on gaming makes frustrations that arise during play more likely to result in emotional outbursts. Consoles are no more babysitters than Netflix.

2. Make an Effort to Game Together

I know I have been praising the Switch a lot here, but as a family system it is hard to beat. It’s certainly the first console I can remember since I was a kid where I could play a few games with my daughter right out of the box.

I hate competitive gaming, but it doesn’t cost me anything to join my kid in a few rounds of Splatoon. There are some cooperative games like Never Alone and Knack II that can help expand gaming to an in-person, multiplayer activity. One of the reasons the Wii was the hit it was is because it was an automatic family game night.

Sharing the systems by playing together helps reinforce the idea that they don’t belong to any one person. Though I maintain that gaming is actually one of the cheapest cost-per-hour entertainments out there it still isn’t cheap. Often my family justifies a game purchase over a certain amount by the fact multiple members want to try it. Sharing and community as a norm prevents hoarding and jealousy.

The best thing about a gaming family is that it’s something everyone shares as an interest even if they don’t play the same titles. Parents, challenge your kids to beat the classic titles that you grew up with. Kids, challenge your parents to understand what’s new and different. Both of you, go into the experience with an open mind rather than stunted expectations.

I know a ton about Super Mario Odyssey without playing it because my daughter runs in and tells me every time she passes a new benchmark. I have whole in-jokes with my wife about DS RPGs I’ve never played because I took an interest in her favorite genre when she told me about it. On their end, my family just hugs me when I play Life is Strange again and start crying.

Gaming, like other hobbies, is a playground where personalities grow. You can learn a lot about the people you love by the way they pay their games, and it’s a good idea to pay attention. What’s the point of having this wonderful thing in common if you don’t appreciate how your loved ones express themselves through it? You don’t have to like the same things. My wife and daughter would rather eat dirt than play The Last of Us no matter how much I go on about it. That doesn’t mean they don’t love that I find happiness in something even if they don’t swing that way.

There’s a lesson in that which extrapolates to a lot of other areas in life. Happy gaming.
KEEP THE HOUSTON PRESS FREE... Since we started the Houston Press, it has been defined as the free, independent voice of Houston, and we'd like to keep it that way. With local media under siege, it's more important than ever for us to rally support behind funding our local journalism. You can help by participating in our "I Support" program, allowing us to keep offering readers access to our incisive coverage of local news, food and culture with no paywalls.
Make a one-time donation today for as little as $1.