Idris Elba Definitely Will Or Won't Be Your Next James Bond 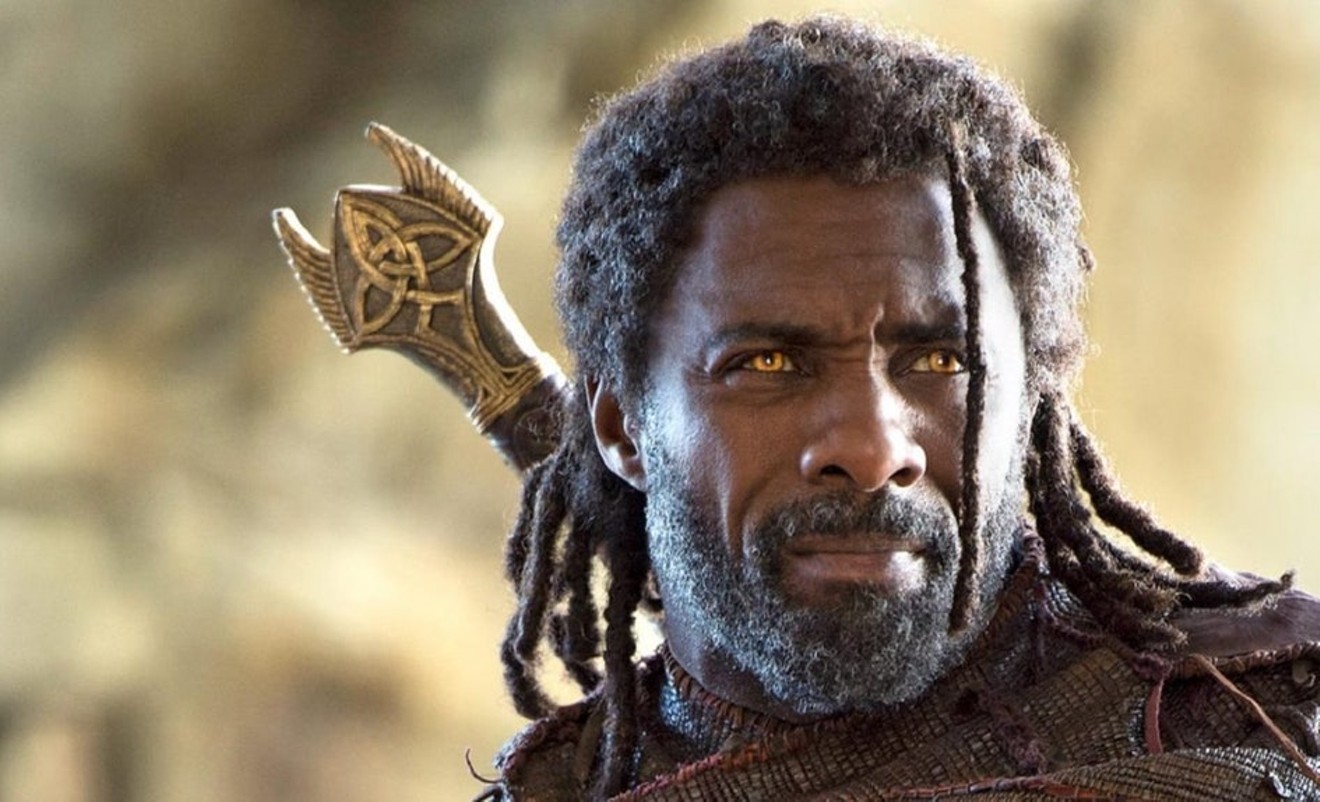 Eh. I don't see it. Marvel Studios
It's the most wonderful time of the year! No, not Christmas or National Pigs in a Blanket Day (April 24); it's the beginning of the interminable period where we once again speculate about who's going to be the next James Bond!

What makes this occasion so special is that it has no set schedule. Unlike other holidays, the Bond Speculation Period occurs only intermittently, and on no specific date. The last time we enjoyed a rousing BSP was 2015, when current 007 Daniel Craig was still hemming and hawing over whether or not to stick it out for the 25th (officially recognized) entry in the franchise. Speculation was rampant on this here very site about who it could be, with Idris Elba (The Wire, Luther, Thor) topping my own personal list of preferences.

We all know how that turned out: Craig agreed to his (already contractually obligated) fifth go-round and the as-yet untitled “Bond25” will be released next year, marking Craig’s last lap with the license to kill. That means, for the first time in more than 13 years, the door is open for a new Bond.

The twitters were sent into a foofaraw (or ballyhoo, if you prefer) last week when Equalizer 2 director Antoine Fuqua disclosed in an interview that Eon honcho Barbara Broccoli said something ambivalent that everyone has nonetheless latched onto like starving lampreys:

Director Antoine Fuqua chatted to Barbara about who will take over from Daniel Craig, 50, if he hangs up his gun after the next Bond film, due next year.
[…]
Antoine, 52, revealed Barbara feels “it is time” for an ethnic minority actor to star as 007 and she is certain “it will happen eventually”.

He added: “Idris could do it if he was in shape. You need a guy with physically strong presence. Idris has that.”

The interesting thing about this isn’t that Fuqua said this in an interview that was otherwise 90 percent about his new movie sound app (or that the Daily Star insists on inserting everyone’s age in their stories), but that we all extrapolated that Elba was the heir apparent from a throwaway comment in response to Broccoli’s bland assertion that a minority will “eventually” play Bond.

We’re entering our third official BSP of the online age. The first occurred when Pierce Brosnan stepped away from the role in 2005, and if you think the current crop of possibilities (including Aidan Turner, Tom Hiddleston, and Jack Huston) is mostly uninspiring, be thankful you didn’t have to listen to months of serious speculation about Sam Worthington as a candidate.

And be even more grateful the internet was still in its infancy in 1994, or we’d have been dealing with thinkpieces about all the actors who turned down being 007 before Brosnan was cast in Goldeneye, including Liam Neeson, Hugh Grant (?), and Mel Gibson(!!!).

I’m not going to rank the contenders again. Elba would be a fine Bond, and his casting would have the added benefit of sending a certain category of dipshit fan into a spluttering frenzy not seen since The Last Jedi. I love it when people like the President of the James Bond International Fan Club — who is presumably a grown-ass man — don't think Elba is right because he's not true to Ian Fleming's original vision, saying things like, "You've got to keep in reality the context of Bond."

Okay, here's an idea: every Bond movie must always 1) depict the character as a perpetually under 45-year old ex-WWII commando who smokes three packs of cigarettes a day; 2) take place during the Cold War; and 3) have SMERSH as the bad guy. Problem is, nobody but doctrinaire 007 nerds would go see them. Insisting a *fictional character* be white (or male...surely there are female "00" agents) is something actual Nazis do.

And Elba's age also isn’t *that* big an issue, anyway; Craig will be 50 when Bond25 comes out, and Elba would probably be 48-49 when/if he took over. The precedent is there (Brosnan was 53 in Die Another Day and Roger Moore was pushing 60 in A View to a Kill, but let's not talk about that), but maybe – and hear me out – every actor who takes the role doesn’t have to sign on for a decade's (or more) worth of movies.

The contained series approach makes sense if you’re building an expansive mythology, like it seemed was happening with QUANTUM (until Spectre shit the bed and made Blofeld the bad guy again). There’s no reason Eon couldn’t sign an actor for just a movie or two, even temporarily, in order to free up scheduling conflicts and more easily rotate new and diverse faces in and out of the role.

As for Elba, he threw this gas can on the fire just yesterday:

Twitter
Gonna be a fun year of speculation, boys and (Bond) girls. Better stock up on the vodka.
KEEP THE HOUSTON PRESS FREE... Since we started the Houston Press, it has been defined as the free, independent voice of Houston, and we'd like to keep it that way. With local media under siege, it's more important than ever for us to rally support behind funding our local journalism. You can help by participating in our "I Support" program, allowing us to keep offering readers access to our incisive coverage of local news, food and culture with no paywalls.
Make a one-time donation today for as little as $1.