Joel McHale is On the Neverending Tour 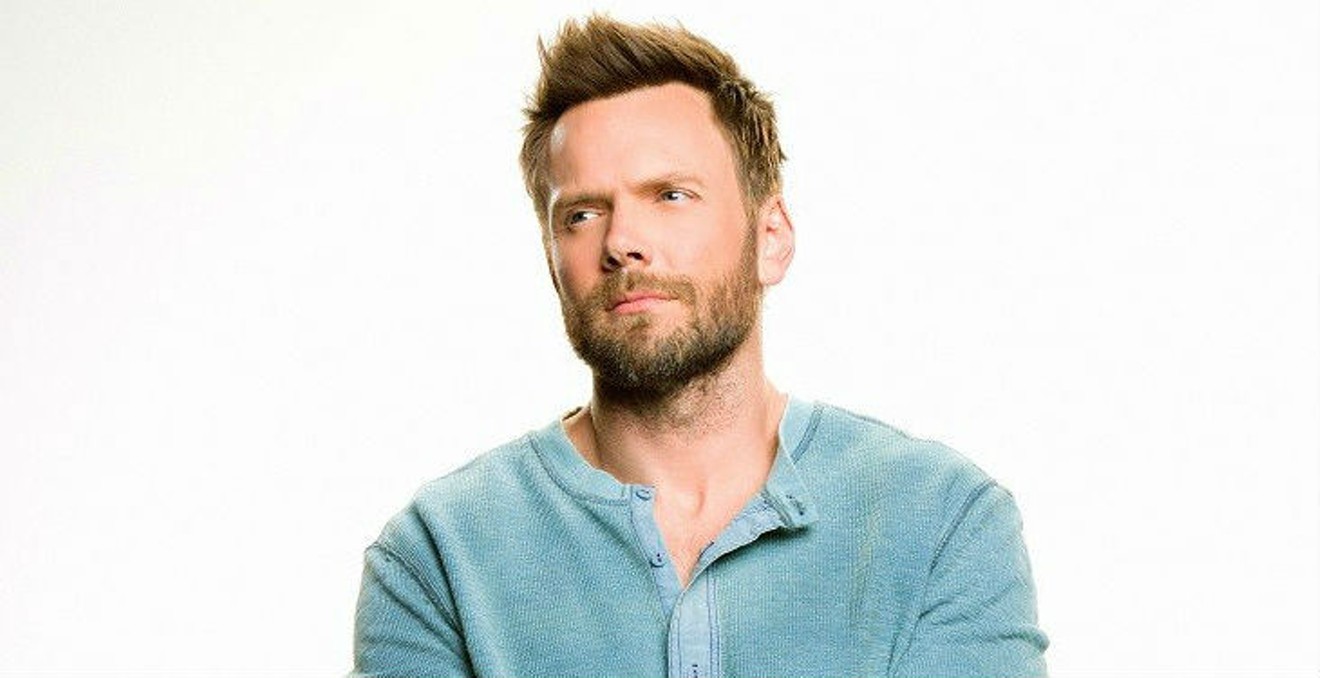 Joel McHale is performing two shows apiece on January 26 and 27 at the Houston Improv. Photo courtesy of Cliff Lipson-CBS

Joel McHale has starred in big-budget movies and headlined one of the most critically-acclaimed television comedies of its era. He regularly pops up on late-night talk shows to banter with the host. He has hosted ESPN’s ESPY Awards. With a quick wit and charm to match, it’s no wonder McHale has risen to such heights.

And yet, despite critical adoration and commercial success, McHale iterates he was, is and will remain true to stand-up comedy. In fact, despite his time on the big and small screens, he never really abandoned the format in the first place.

“I never really left the road,” said McHale, who will performs two shows apiece on January 26 and 27 at the Houston Improv. “I’ve been doing this straight since 2004. I’m a workaholic and have OCD, and I love doing it, so I never stop. People always assume when I come to town that I’m starting a tour, but in reality, the tour never stopped. It’s not like I dropped everything and said, ‘I’m finally returning to stand-up.’ As if anyone would actually care.’”

Therein lies the root of McHale’s charm. Sarcastic and self-deprecating, he is as relatable a comic presence as you’ll find. Sarcastic, but not to a dickish extent. Good looking, but not too good looking as to intimidate. Willing to poke fun at himself, though not to the point whereupon he comes off as a sad sack.

McHale first rose to fame as host, writer and producer of The Soup on the E! Network. He would host the show for more than 600 episodes that covered a decade-plus. The show found McHale recapping the week in pop culture, providing sarcastic and satirical analysis on recent happenings. The Soup was textbook McHale and also provides some insight into his skills as a stand-up comic.

More than two years after The Soup closed up shop, McHale is now using his comedic routine to opine on the regular goings on. And while not an explicitly political comedian in the vein of Bill Maher or John Oliver, McHale admits it’s almost an impossibility to avoid the current state of political affairs.

“You really can’t escape making comments about it, because Trump is not a typical situation,” McHale said. “He has replaced reality TV. Regardless of your party affiliation, it’s become its own form of entertainment, so it’s something I definitely talk about. I’ve always said that I talk about everything that’s going on.”

Does one, however, run the risk of covering familiar ground, considering Trump has served as fodder for basically every comedian and comedic program for the better part of the past two years? McHale contends that’s not the case.

“There are endless things to say, and new stuff comes out every day,” he said. “You’re not talking about the same trip to the dentist every day; there’s a new trip to the dentist to talk about. There’s always enough material. If there is a group of comedians and we’re all out of material, something is horribly wrong and we’re not doing our job.”

In McHale’s trademark fashion, he insists comedians aren’t ones to be pitied in today’s political landscape. If anything, reality television stars are more deserving of your compassion.

“I feel bad for the reality stars that used to take up all that space,” he said. “I guess they’re still out there, but every day is something wonderfully different. Some people are terrified, and others have apparently never been happier. It’s an interesting time.”

Stand-up comics are stereotyped as those who express pain through humor, and while comedians like Kevin Hart and Adam Sandler haven’t necessarily gone the dark route, many more have. McHale is more in line with the former. He has been married for 20-plus years (to the same woman!) and he and wife Sarah Williams have two sons.

It’s a relatively normal existence, even by non-Hollywood standards.

“Some people just assume that if you’re in this business that you lead some sort of crazy glamorous life, and that’s not really the case at all,” McHale said. “But I’m very fortunate. I have two beautiful boys, and my wife still likes me.”

Better yet, considering their dad is a world-famous comedian, do McHale’s own children find him funny?

“Maybe 20 percent of the time,” he jokes. “They do the same thing my wife does; she’s my harshest critic. If I can get her to laugh, it’s a good day.”