Eric and Kim Williams in their mugshot photos. Kaufman County Sheriff's Department
It was a crime that shocked the proverbial small town of Kaufman, Texas in 2013. County Chief Assistant District Attorney Mark Hasse was shot to death at close range by a black-clad assassin right outside the courthouse. District Attorney and close friend Mike McClelland vowed to find the killer. But some time later, he and his wife were also brutally gunned down in a hail of bullets, but in their own home.

Book cover by William Morrow
The murders garnered national attention as hundreds of law enforcement officers from the local level to the FBI and DEA worked through clues, tips, and evidence. Were the hits from Aryan Brotherhood or Mexican drug cartels as many suspected? Or a source even more sinister?

In the end, the killer was someone both of the dead men knew well, had worked with, and who held against them both: disgraced and fired Justice of the Peace Eric Williams. The killings are the subject of Sugar Land-based writer Kathryn Casey’s latest true crime book, In Plain Sight: The Kaufman County Prosecutor Murders (496 pp., $7.99, William Morrow).

“This case was unprecedented in the United States, two prosecutors murdered. It was on the national news every day,” Casey says from her home. “And they ended up arresting this meek guy. I was fascinated by it, and really wanted to understand what had led to the murders.”

On paper, Eric Williams seemed like a most solid citizen. An Eagle Scout and respected CPS caseworker in Kaufman County, he worked his way through law school at night to become a family law attorney. He also served as a Captain in the Texas State Guard. When he won a longshot election to unseat a popular local Justice of the Peace, his future certainly looked bright.

But there were many troubling signs. Williams was very thin-skinned and held deep grudges for seemingly minor infractions. Some found him creepy. A vain man who was proud of his Mensa-level intellect, he also collected guns, ammo, and accessories by the scores.

Mark Hasse in his Kaufman County ID photo.
Photo courtesy of William Morrow
He and his prescription drug-addled wife Kim – who would serve as a getaway driver – would spend hours side-by-side playing the game “Mafia Wars” on their laptops. At work, he might clash with others – and that frequently included McClelland, going back to well before each held their highest office.

The incident that started the tragic chain of events seems benign.

Williams was caught on camera taking $600 worth of computer monitors from the county’s IT storage room one night. It seemed an odd move since he could have simply filled out a form for them with no issue. It led to an internal investigation.

“Eric should have just filled out the requisition forms,” Casey says. “He was kind of full of himself and he did walk out with those monitors without authorization, so it was a theft. But I believe he intended them for county use.”

When it was later discovered that he also ordered office supplies and electronic equipment for the county’s law library – but it ended up in his house – ordered Hasse to prosecute vigorously — the hatred between himself and Williams likely a motivating factor. 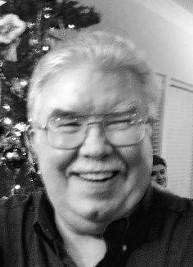 Kaufman County District Attorney Mike McClellend.
Photo courtesy of William Morrow
So instead of getting a fine or a suspension – as many thought would happen – Williams was fired from his Justice of the Peace position and stripped of his law license. It was a devastating blow to him, and he seethed at the two men he felt responsible.

“Eric was locked and loaded. He built up this animosity, this ego, and he was striking out at people in emails. There was a building anger there, and after the theft charge, they took everything away from him,” Casey says. “And that was the final straw…Mark thought it was penny ante, he wanted to appoint a special prosecutor to [distance the case] from Mike. But Mike ran on this ‘clean up Kaufman County’ platform.’”

After the three murders – and still not arrested, though many began to suspect him – Williams began to give interviews protesting his innocence. This included one to KPRC Ch. 2’s Phil Archer. Archer even got a follow up thank you letter. Williams in the attention, and bizarrely even sent in a Crime Stopper tip giving details only the true killer would know. Oh, and Eric Williams? He had yet more locals who had "done him wrong" on his hit list. He figured if he could get away with three murders...why not more?

Finally, a search on a storage unit yielded enough evidence for a trial and guilty verdicts that put Eric Williams on death row and saw Kim get a 40-year sentence, pending appeals. Kim testified against her husband, but according to Texas law was equally guilty for her participation.

Eric Williams on Death Row, 2016.
Photo by Kathryn Casey
As she does when researching her books, Casey went to the location of events to get a firsthand look at locations, go through records, and conduct interviews with locals. But her arrival in Kaufman yielded mixed results at first.

“It was all over the place. Some people when I went there were waiting to talk to me because they had read other books of mine. They wanted someone to put the whole thing in context,” she says.

“On the other hand, others were very suspicious of me. It took a while to meet people and introduce myself. I got amazing cooperation and I got nearly 100 interviews for the book, though some people I wanted to talk to would not speak with me.”

Kathryn Casey
Photo by Lisa Hughes Photography
But as an author, Casey was thrilled when two specific people with some crucial insight into the case agreed to talk to her, through many in-person interviews and written correspondence: Eric and Kim Williams themselves.

“It was a little daunting when you realize you’re going prison. It’s a little like you’re going into a foreign territory. When you walk in and hear those doors clank behind you,” Casey says. “But in this case, I was very excited about it. Eric and Kim had not talked to anyone with the media at that point.”

What ended up surprising Casey most between the time she first had the idea for the book to the moment she typed her last word on the manuscript was just how intense and how far back the animosity between Mike and Eric Williams was. And she can’t help but think that if the crime of some missing computer monitors wasn’t so vociferously prosecuted, three people might still be alive today who aren’t.

Casey is currently working on the latest in a series of mystery novels. But for her next true crime effort, she says she’s intrigued by the recently-concluded Leon Jacobs trial in Houston. The murder for hire case also included the suicide of Jacob’s girlfriend, the popular Montrose veterinarian Dr. Valerie McDaniel.

“That one is very interesting to me,” Casey offers. “But we’ll see.”