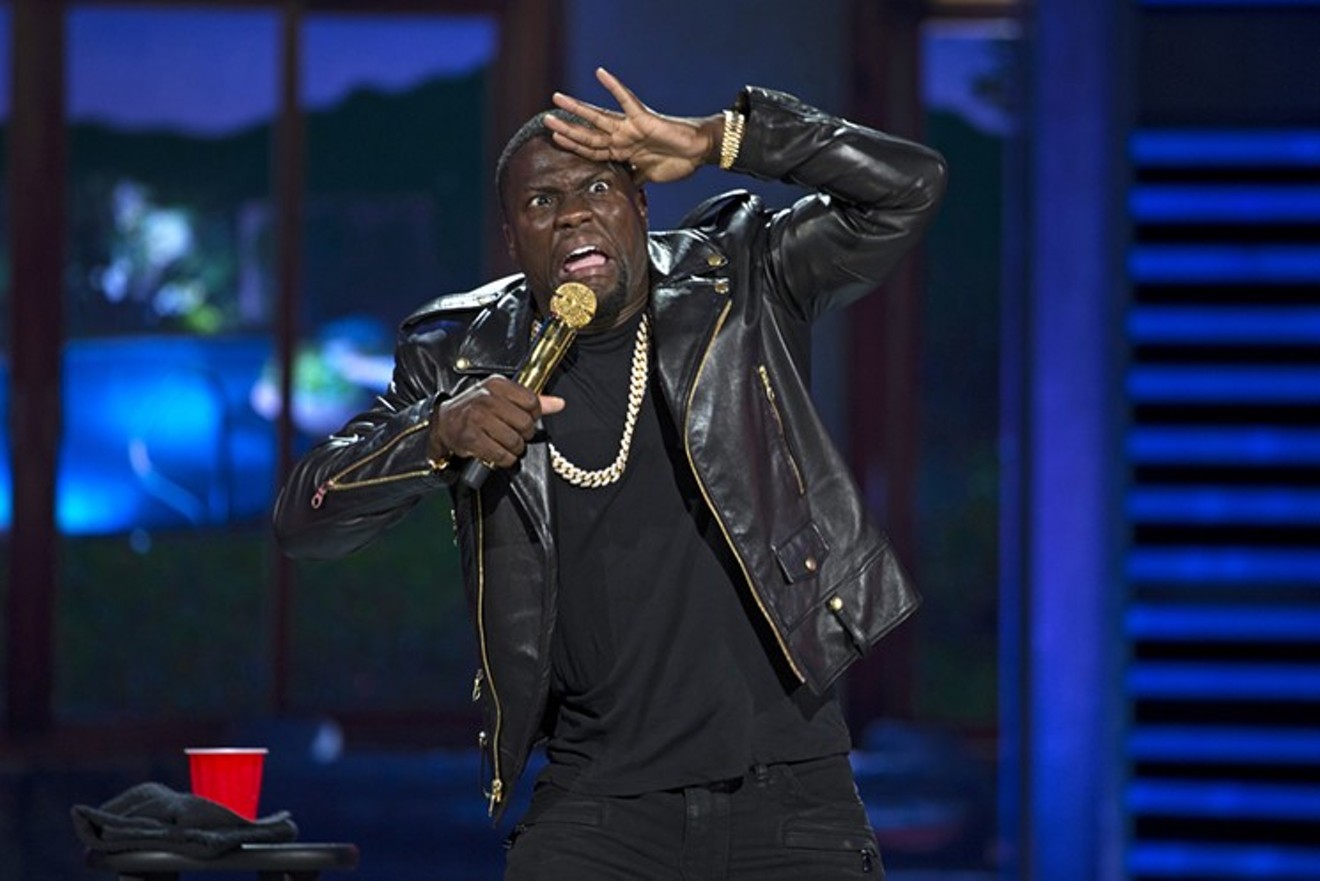 Kevin Hart is playing what is sure to be a sold-out show at Toyota Center on October 20. Courtesy of Universal Pictures
It's going to be hard for Kevin Hart's coming year to top his previous one, considering he starred in two hit movies, one of which (Jumanji: Welcome to the Jungle) ruled the holiday season box office. Nevertheless, arguably the biggest stand-up comedian in the world today is going to give it a shot. Hart has announced a slew of upcoming dates, including a show at Toyota Center on October 20. He will also play shows in San Antonio, Austin and Dallas during the tour. Tickets for the Houston show go on sale Wednesday morning.

The Kevin Hart Irresponsible Tour is already ongoing and will include more than 100 dates across four continents in the coming year. Hart's connections to Houston run deep. In addition to having played our city before, Hart set up a fundraiser for Hurricane Harvey relief that has raised more than $1 million to date. He even visited the city in September as part of those relief efforts.

Hart is known for discussing his personal life in his stand-up routine, and he certainly won't lack for material. Last year, Hart admitted to cheating on his pregnant wife, which may partially explain the title of the tour. Nevertheless, expect Hart to opine on everything from his own travails to Trump to life as the most famous comedian in the world when the tour comes to Houston this fall.