Heart Was the Best Planeteer Power After All 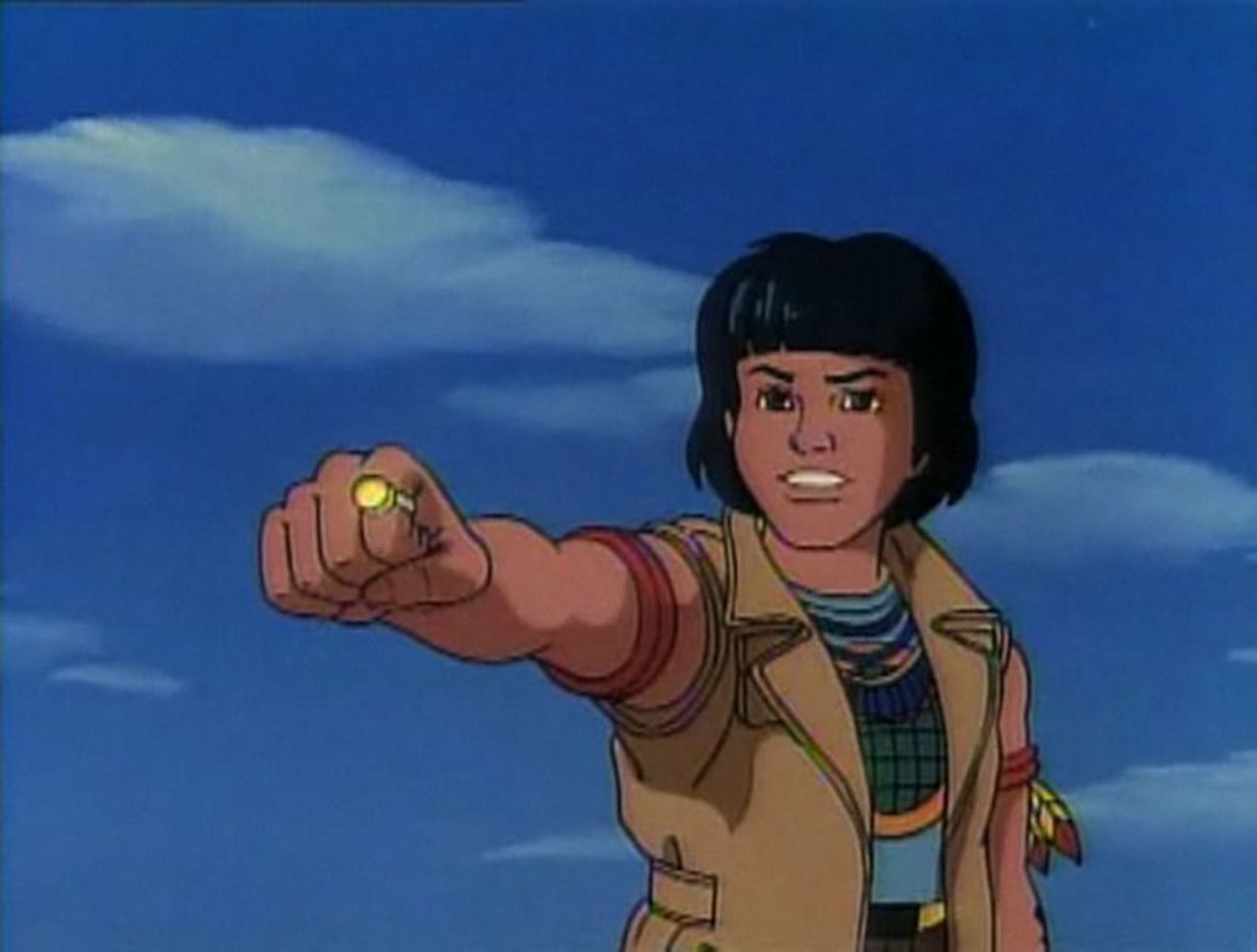 Ma-Ti: better than most Jedi Screengrab from Captain Planet
Back in the ‘90s there was a cartoon called Captain Planet and the Planeteers. The premise was that the goddess of Earth, Gaia, empowered five teenagers with elemental rings so they could combat pollution, deforestation and other eco-crimes. When things got rough, they combined their powers to summon Captain Planet, a Kirk Cameron-looking spirit with Superman’s powerset that usually ended the fight.

It was a strangely progressive show for a country still high from the Reagan administration. It had an international cast that was majority non-white and the villains were usually unscrupulous capitalists. Seriously, some of the bad guys were right out of a MAGA fantasy. Hoggish Greedly rolled coal, Looten Plunder was a shady real estate mogul, and Verminous Skumm just straight up outed a high school student with AIDS. There wasn't any profit involved; he just doxxed the kid to be a turbo dickwad. 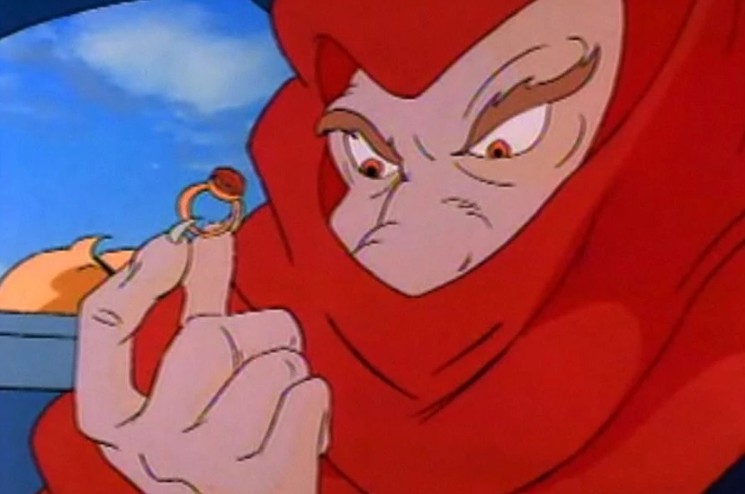 "AIDS is the best thing to come along since the Black Plague!"-actual quote from the episode
Screengrab from Captain Planet
But, it was still the ‘90s, which gave us Doom and the WWF Attitude era and other painfully overcompensating things. Plus there were toys to sell. That’s why four of the kids got awesome powers like fire and wind. It was as if a Mortal Kombat game got made into an After School Special. Unfortunately, the fifth and youngest Planeteer, Ma-Ti, got a ring with the ability “heart.”

This has universally been acknowledged as incredibly uncool. He was like one of those poor X-Men who is just covered in multiple eyeballs or is a literal chicken. I even made fun of his action figure once because it comes with a wagon clearly designed to drag his useless corpse off of the battlefield. If you had five children pretending to be Planeteers, you’d end up with two Wheelers and no Mat-Ti and absolutely no one would question why. Swagger got you to first base with the hot Russian chick; empathy got you a pet monkey.

Now that we’re living in the age of Trump though, I realize how wrong everyone was. If Gaia was handing out rings today, Heart would be the first one I dove for.

Think about it for a moment. This was an adventure show, sure, but very few problems can be solved by throwing a whirlwind at them and none of them on an institutional scale. Only one of the villains actually had superpowers, so it’s not like Captain Planet was really needed most of the time except to make the work of a lifetime happen within a thirty-minute cartoon. 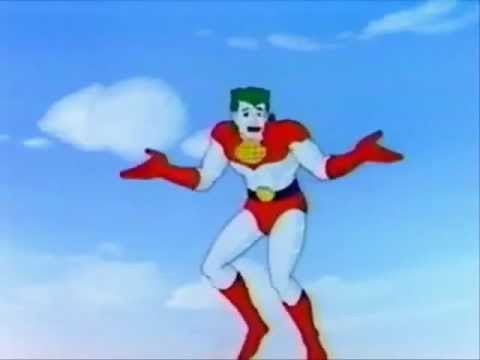 This dude's long-term solution to most problems was to toss the ugliest person on the screen into a lake
Screengrab from Captain Planet
Ma-Ti’s primary power is actually listening. In many episodes while everyone else is standing around deciding whether to throw fireballs or rocks at things it’s Ma-Ti who uses his ring’s telepathy and empathy powers to actually recognize threats and formulate plans. In the episode “The Conqueror” all the other Planeteers grab onto magic gauntlets from a fallen Earth spirit that make them more powerful in a rather obvious Lord of the Rings homage. Thanks to his powers only Ma-Ti - the short one with a good heart - resists the temptation that leads his teammates into destruction.

How much could we use an anti-mind control ring like Ma-Ti’s right now? The Kremlin spent over $100,000 in Facebook ads at least on their psyop meant to influence the 2016 election. There’s no knowing exactly how many people that swayed toward fascism and distrust of the American democracy, but the number is definitely not zero. Hate crimes are on the rise for the third straight year, with the normalization of violent bigotry by the Trump administration a contributing factor. That’s not even counting conspiracy nuts digesting mind-pollutants like the man in Florida who tried to murder journalists and liberal politicians with pipe bombs or the Christchurch shooter who littered his manifesto with references to meme-culture and PewDiePie.

Imagine being able to blast empathy and understanding at people the way Cyclops shoots eye lasers and insecurities. So much of the world’s hurts are because disproportionately powerful people turn inward like a curled-up dog claw that pierces the skin, and in the resulting pain and rage they bite. The self-loathing of the incels, the death cult of white fascism, the people here in Houston that don’t care if they endanger drivers on the freeway or desecrate a priceless landmark so long as they get to scream “it’s okay to be white”… Talking with them is often a pointless waste of time that merely helps them swell their numbers. 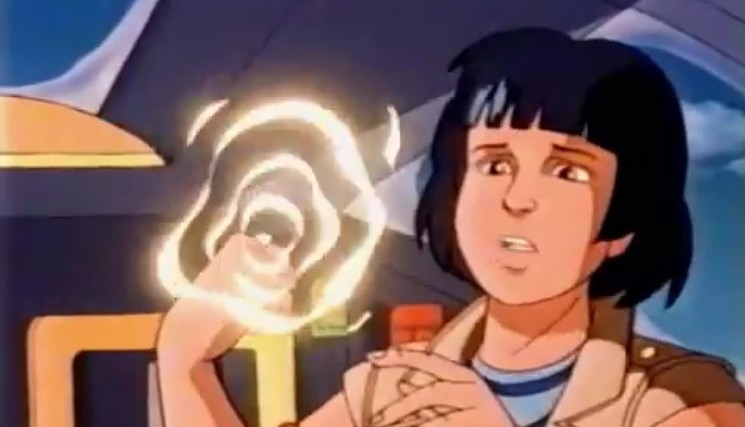 If this thing has wi fi think of what it could do to Twitter
Screengrab from Captain Planet
What a gift it would be, a magic ring that would pierce the toxic smog of American conservatism. Look at Chris Christie. He’s an arch-Republican who nonetheless does everything he can to fight the opioid addiction crisis. Why? Because he lost a dear friend to it and never wants to see another person go out like that. He felt something, and it made the world a slightly better place.

Weaponized empathy would by far be the best superpower at this point in time when half of the nation has traded ideology for “owning the libs.” People vote away their own healthcare in the name of hurting others they felt unworthy of the same and as Adam Serwer said, the cruelty is the point. What’s a ring throwing fire going to do against that? Nothing helpful.

Each episode of Captain Planet ended with a message to care, a reminder that the power was ours. As millennials like Alexandria Ocasio-Cortez become the next generation of leaders, I really hope enough of us took that message to heart, pun intended. All the villains are lined up, and the only superpowers we have are what we can do to change things for the better in spite of their greed and callousness. It’s not a flashy power, but it saves the day more often than not.
KEEP THE HOUSTON PRESS FREE... Since we started the Houston Press, it has been defined as the free, independent voice of Houston, and we'd like to keep it that way. With local media under siege, it's more important than ever for us to rally support behind funding our local journalism. You can help by participating in our "I Support" program, allowing us to keep offering readers access to our incisive coverage of local news, food and culture with no paywalls.
Make a one-time donation today for as little as $1.