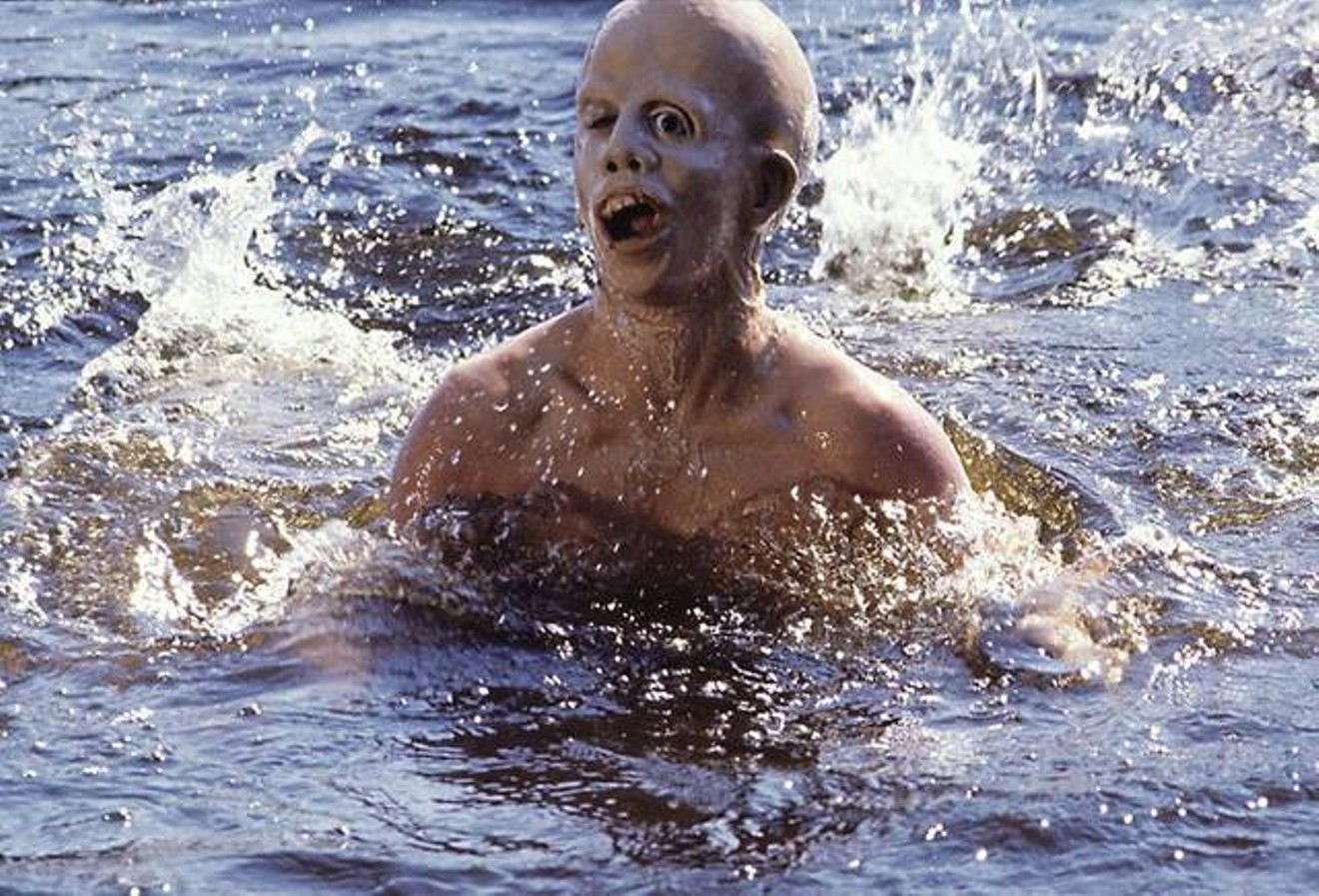 Ari Lehman as Jason Voorhees, enjoying a safe outdoor activity. Screencap from Friday the 13th
When the Houston Livestock Show and Rodeo closed early last year, that’s when everyone knew that the pandemic was serious. Now that a vaccine is finally being distributed, it looks like events and gatherings might finally be starting up again, albeit in a small way.

Saturday’s Horror Market Pop-Up event by the Houston Horror Film Festival is a good example. Rather than a full-on fan convention, it will be a small gathering of horror celebrities and vendors that should hopefully be a safe time for slasher fans. Those in attendance must wear face masks and practice social distancing. Hand sanitation stations will be available throughout the event.

One of those celebrities is Ari Lehman, who is most famous for playing the original child version of Jason Voorhees in the original Friday the 13th. Lehman has happily capitalized on his name recognition in horror circles, and fronts a rock band called First Jason that just released a new single, “The Scapegoat.” As a regular touring musician, Lehman is very health conscious and was already a stickler for hand sanitizer before the outbreak of COVID-19. He has his own custom face mask featuring Jason’s hockey mask and twin machetes, which he calls “instant social distancing.” Though wary of the dangers travel and events pose, he feels that proper safety protocols can enable these gatherings in a way that benefits people.

“In my opinion, being able to get entertainment that isn’t just out of a device, to be in the same room with a musician or just another voice, I firmly believe that relieves stress,” he says. “That makes your immune system a boost. You’re healthier. People are confined in their homes, and their collections have become very important to them. They want to get things signed. Those people need a way to have fun, and artists lead the community in terms of new ideas and new ways to make the future. There are kids just getting into horror during this. They’re sitting inside now catching up on the films. They come up to you in their little masks and you can feel their excitement. It’s so rough on the kids right now and meeting people like me is a good way to forget it all. There’s nothing more distracting than Jason Voorhees chasing you through the forest with farm implements.”

Like a lot of celebrities on the convention circuit, Lehman derives significant income from being able to meet fans. That goes double for him as he regularly plays at hybrid concert/horror events. Over the past year, he and organizers have gotten creative. He’s played sold out shows at drive-in theaters, been on the site of the original Camp Crystal Lake, and even performed as part of a few haunted hayrides. Mail order business for photos and other merchandise has also helped ease the financial burden, but he worries about all the small venues he has regular dealings with. Sometimes the changes get him down.

“I can’t take selfies anymore,” he says sadly. “And the mosh pits are gone. I guess we’ll have to find a new way to dance.”

The Horror Pop-Up Market will mandate social distancing and masks, and sanitizer will be made easily available. High contact surfaces will receive regular disinfecting.

In addition to Lehman is a who’s who of cult horror. Felissa Ross (Sleepaway Camp), Miko Hughes (Pet Semetary), Amelia Kinkade (Night of the Demons) and Lisa Wilcox (Nightmare on Elm Street 4) are all slated to attend. Deborah Foreman of April Fool’s Day and Waxwork will also be braving the virus to attend, trusting in both science and religion to keep her safe.

“I am ever so happy to be attending the con in Houston,” she says. “I will be adhering to the mandates and orders in place for this virus. I follow truthful data and know I will be fine as well as the patrons that attend. But most importantly our Father God has me in his protective care. 100 percent.”

The Horror Market Pop-Up is scheduled for Saturday, January 16 from noon to 8 p.m. at the Marriott, 9100 Gulf Freeway. For more information, visit houstonhorrorfilmfest.com/popupmarket. $5 - $10, plus individual fees for celebrity autographs.