A Critic Doesn't Look Forward to Weeks Without Houston Theater 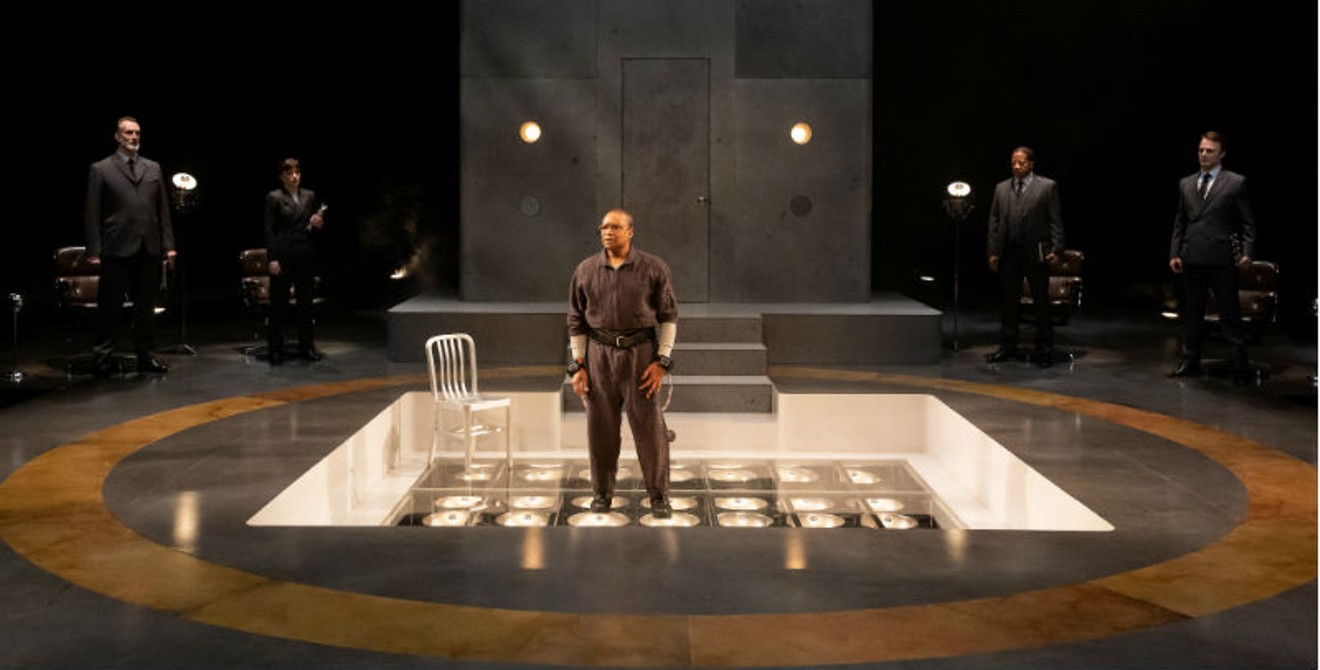 Now what? Shawn Hamilton (center) and the rest of the cast of 1984 at the Alley have to be asking. One performance and the theater is closed. Photo by Lynn Lane
What are we to do? How much self-quarantine can theatergoers endure without a healthy dose of art to inoculate us against the slings and arrows of everyday life?

We will see, I guess. Many theaters in Houston (Alley, Catastrophic, Stages, Miller Outdoor, Houston Ballet, Classical) have already postponed their current season until the end of March, if not April – God forbid! – but the panic has set in and there's no stopping it. The virus is haunting us. The Alley's new production of 1984 opened this Wednesday, March 11, and played one performance before the management closed the theater. We expect other houses to announce postponements soon.

When the lights of Broadway go dark, and NYC's august Metropolitan Opera and the city's most illustrious concert venue, Carnegie Hall, closes shop for the foreseeable future, what hope is there for Houston's arts and culture?

What are our artists supposed to live on? Prior applause doesn't pay the rent. What about the stagehands, costumers, lighting designers, ushers...critics? (All right, maybe a few theaters wouldn't be so sad to see us reviewers take a respite for a while, but we're still worried about the state of the art.) And the audience – those wonderful people out there in the dark – let's not forget them. They pay the rent.

And what's to become of the smaller theaters? Without income for even a month, they will struggle to break even. Some may fail. It will take months for their finances to come into the black. Usually, they live show by show, getting only enough money to pay for the next production. The prospect looks bleak.

This isn't good for anyone.

A month without art will not harm us, but it may irreparably damage what makes Houston a theater treasure. We will not panic, yet, but we are troubled. What is difficult to fathom is that, right now, there's not much to be done. It's wait and see.

A suggestion might be that if your show has been canceled, you might consider donating the ticket price back to the theater. OK, so you didn't see the show, but now the people toiling backstage and onstage will at least benefit a bit from your beneficence.

I don't know if praying to the theater gods will help, but it couldn't hurt. Right now, that's all we've got.
KEEP THE HOUSTON PRESS FREE... Since we started the Houston Press, it has been defined as the free, independent voice of Houston, and we'd like to keep it that way. With local media under siege, it's more important than ever for us to rally support behind funding our local journalism. You can help by participating in our "I Support" program, allowing us to keep offering readers access to our incisive coverage of local news, food and culture with no paywalls.
Make a one-time donation today for as little as $1.