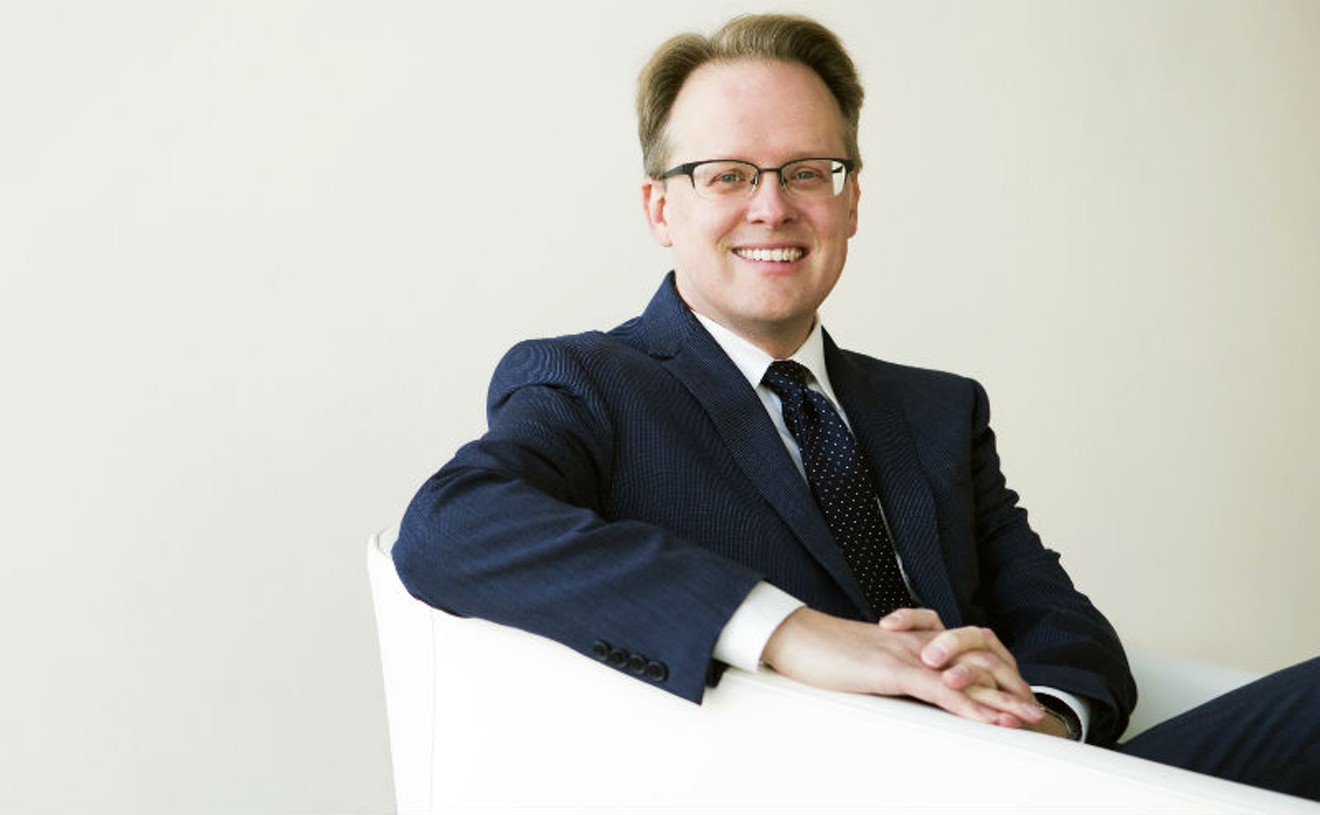 At least it seems that way given today's announcement that John Mangum, who most recently served as president and artistic director of the Philharmonic Society of Orange County and who before that was director of artistic planning for the San Francisco Symphony is the new executive director and CEO of the Houston Symphony.

Mangum replaces Mark C. Hanson who stepped down from his Houston duties in July 2017 to lead the San Francisco Symphony.  Talk about synergy.

The Houston Symphony commissioned a search firm to conduct a six-month nationwide search for the vacant position. Mangum, a 19-year veteran arts administrator, somehow turned a fund raising campaign at the Philharmonic Society with a goal of $10 million into an unexpected $20 million return. Shades of J.J. Watt.

“I’m thrilled and honored to be joining the Houston Symphony at a time when the organization is boldly looking to the future and charting a dynamic course for what an orchestra can be in the 21st century,” said Mangum in today's press release. “The Symphony’s impressive artistic partnership with Andrés Orozco-Estrada, one of the most exciting music directors before the public today, and its commitment to being relevant and accessible to everyone in its community resonated powerfully with me. I look forward to working with the Symphony’s outstanding musicians, board and staff to bring unforgettable musical experiences to everyone in this great city.”

Mangum will guide the symphony along with Music Director Andrés Orozco-Estrada, who was quoted as saying in today's announcement: “With John’s partnership, as well as his enthusiasm and wealth of knowledge he brings from his years of experience with other great orchestras, I know that together we will continue to raise the profile of the Houston Symphony.”

Houston Symphony Board President Janet F. Clark, was also quoted in the release as saying: “As a seasoned industry professional with an impressive background in orchestra management and fundraising, John has led some innovative artistic initiatives and has accomplished important milestones in some of the country’s largest markets. We welcome John during this important time and look forward to raising our artistic excellence and community relevance under his leadership and creative vision.”