Things Conservatives Get Wrong About 1984 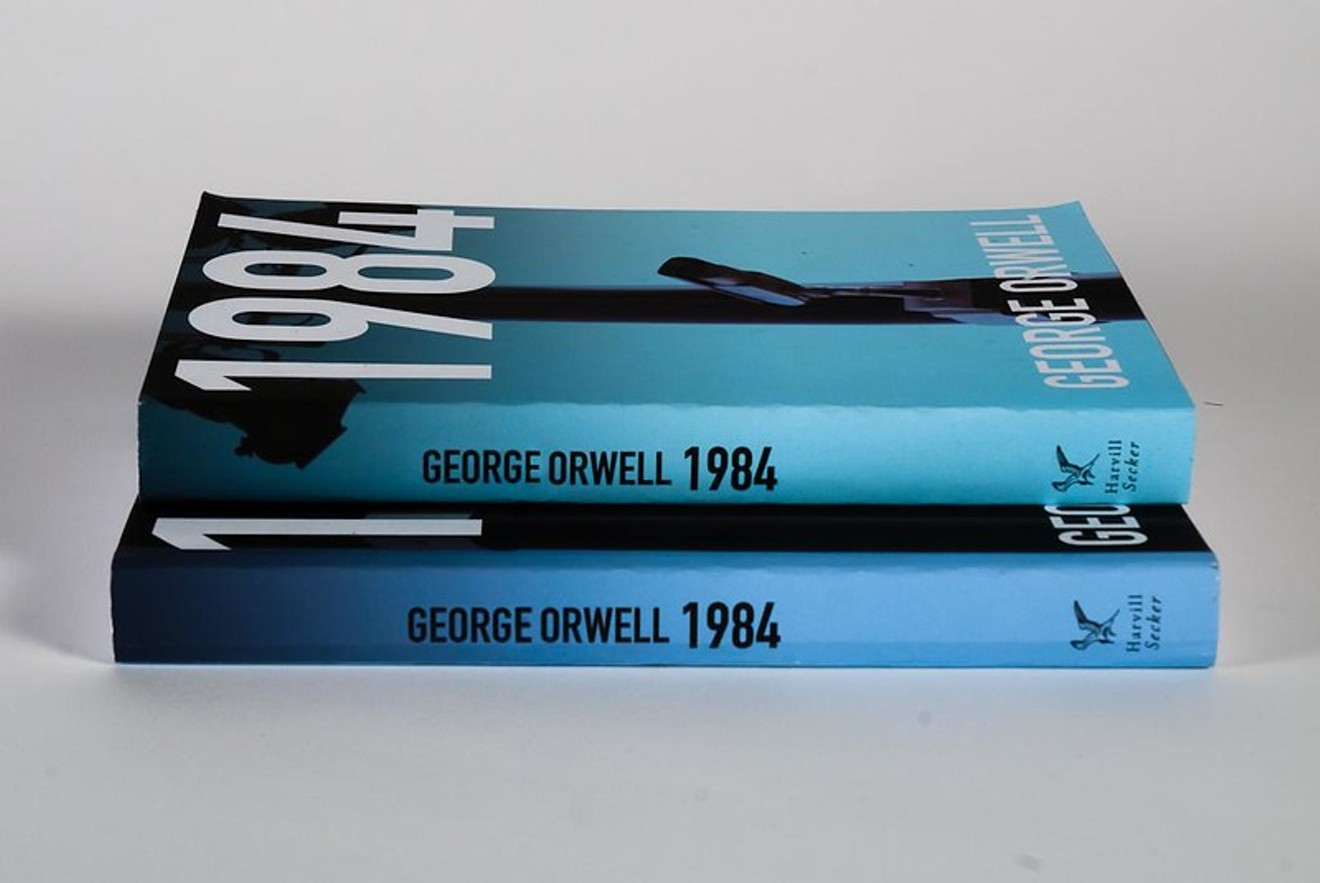 It's not a long or particularly difficult book to understand, but conservatives get it wrong anyway. Photo by Colin Dunn/Flickr
Conservatives love to miss the point of popular literature. I’ve lost count of the number of conservatives who didn’t get that the bad guys in Atlas Shrugged were crony capitalists, not the mean old government, and let’s not even get into the ones who think Jesus wanted people to be rich. A popular book to bring up to denounce leftism is George Orwell’s dystopian science fiction novel 1984, where Britain is placed under a permanent authoritarian surveillance state. Usually, they get things completely wrong.

Newspeak is Not About Adding New Words

In 1984, Newspeak is the evolving fictional language of the Oceania government meant to alter the way people think and thus limit subversion. Conservatives love to claim any new descriptor of a social phenomenon is Newspeak, especially if it involves trans people.


It has all the makings of Orwell’s dystopia: doublethink (claiming to fight for women’s rights while erasing what it means to be a woman), Thought Police (belief in facts is now a crime), newspeak (“trans women“)

Newspeak didn’t work by giving people vocabulary to describe evolving understanding of the gender spectrum or any other concept. The purpose of Newspeak was to eliminate words. It’s literally described in the book as the only language that gets smaller every year rather than bigger, reducing the nuance of thought so that everything could be described only vaguely. The more conservatives try and shoehorn people into fewer boxes, the more like Newspeak they actually are because insisting “there are only two genders” is by definition eliminating the progress of scientific understanding.

The Big Brother Government Was Not Communist

The fictional Big Brother government has become shorthand for any government that is totalitarian and brooks no challenge from the people. This has often been translated into communism by people who do not understand the concept or the person who wrote the book.

It should go without saying that George Orwell was virulently leftwing his entire life. He fought during the Spanish Civil War and went over there specifically to kill right-wing fascists. While he was deeply critical of authoritarian communist governments like the Soviet Union (Stalinists forced him to flee the war), his Big Brother government was neither communist nor capitalist, and drew heavily on the right-wing government in Nazi Germany. It was a condemnation of what happens when a government has no checks and balances, something modern American Republicans seem to be working toward with their voter suppression bills.

Orwell went to his grave as an avowed socialist who believed that such a system was the only thing that could truly liberate a people. Anything else, communist or capitalist, he felt was destined to end up oppressive. The problem with the Big Brother government is not that it’s big, but that it is ruled from the inside by a tiny group of elites waging a class war.

Regulation is Not Equivalent to Big Brother Watching You

The phrase “Big Brother is watching you” appears frequently in the novel as a reminder that the state wishes total control over the people’s lives. It’s fitting for a story set in Britain, being that London is one of the most surveilled cities in the world. Conservatives tend to equate being watched at all with 1984.


Try reading 1984 by George Orwell. The purpose of the book was to warn us about media, society and big government oversight. #1984 #GeorgeOrwell pic.twitter.com/DoU3UEOZhW

Throughout the novel, we never get a glimpse of the Big Brother government engaged in actual beneficial regulation. Their entire focus is to squash any sort of unapproved artistic expression and to keep the proles on the edge of subsistence so that they are engaged only with surviving. There’s never a mention about, say, an equivalent of the FDA or enforcement of labor protections. There’s no welfare state either, apparently. At least, not for the average person. Forcing people to wear a mask during a pandemic is not something the Big Brother government would ever be likely to do because no matter how many people with eagles in their profile pics say it, that is not actually a matter of control. Authoritarian government do not do things that empower and protect their general populations as a rule.

Orwell believed with all his heart that what stopped brutal dictatorships was having the average worker in a position of power. He wanted people organized, voting, able to express themselves, and not controlled by either the government or corporations. He wanted a world of “free AND equal human beings.” Conservatives often conveniently miss the equal part in his writings.
KEEP THE HOUSTON PRESS FREE... Since we started the Houston Press, it has been defined as the free, independent voice of Houston, and we'd like to keep it that way. With local media under siege, it's more important than ever for us to rally support behind funding our local journalism. You can help by participating in our "I Support" program, allowing us to keep offering readers access to our incisive coverage of local news, food and culture with no paywalls.
Make a one-time donation today for as little as $1.