OscarGate is About Reactionary Politics, Not Homelessness 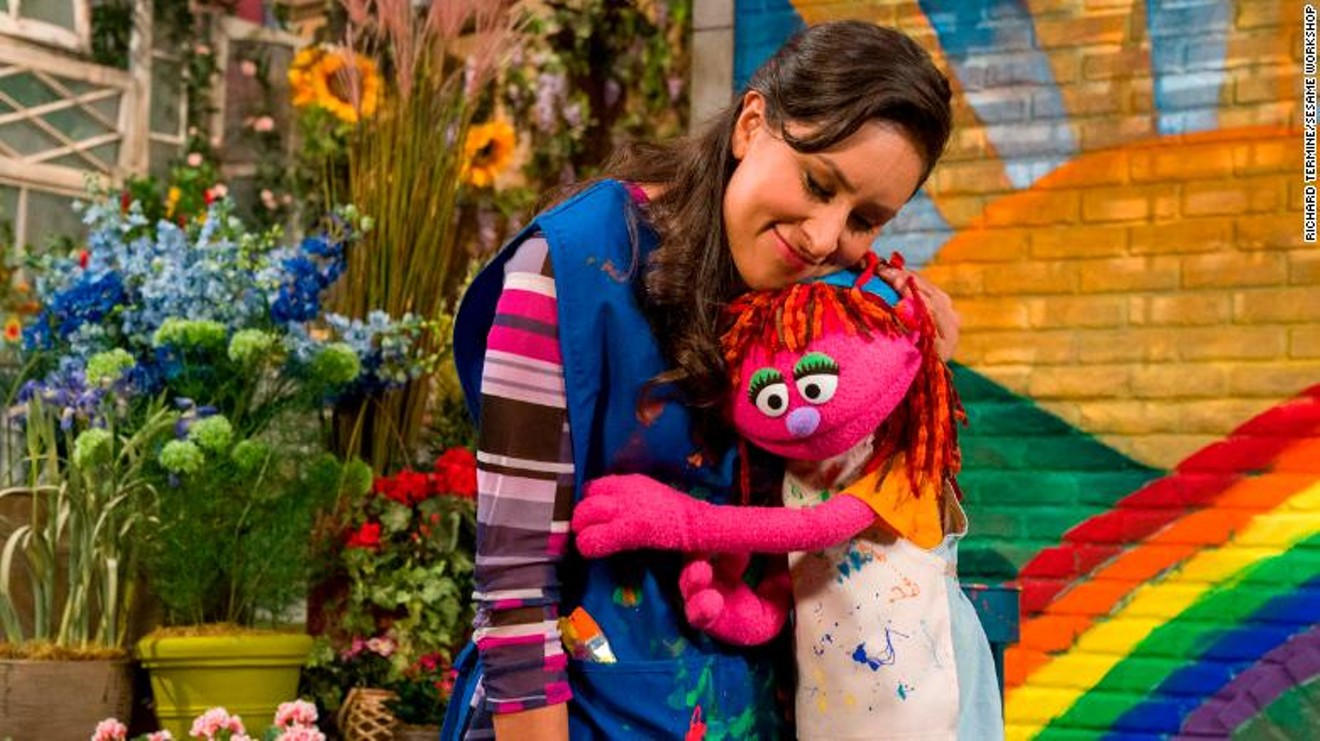 A lot of people are missing the point Screencap from Sesame Street
“What is OscarGate?” you ask, Dear Reader, as you justifiably plot my violent death for introducing another pointless “gate” into the popular lexicon. It’s what I’m calling the reaction to Sesame Street’s homeless Muppet, Lily. Lily, first introduced on the show in 2011, has always been a character used to talk about food insecurity and other aspects of poverty. In a recent segment she admitted her family no longer had an apartment and had to move from place to place (families are actually growing as a percentage of the homeless population). The program has a resource center for homeless families on their website you can visit.

Some responded to Lily by claiming Oscar the Grouch lives in a trashcan. Isn’t he homeless? More importantly, isn’t he the “first” homeless Muppet? I imagine some folks are just genuinely confused, so I will set the record straight. Oscar isn’t homeless. It’s been established in multiple episodes and the movie Elmo in Grouchland that Oscar’s trashcan is basically bigger on the inside like a TARDIS and in terms of square footage is probably the most expensive home on Sesame Street. Oscar just likes trash. His whole character is about understanding someone fundamentally different than you.

But there is something going on in a broader sense, and it’s part of the larger culture war. Lily as a character is here, like many children’s show characters, to teach us a lesson in empathy about a real-world problem. Homelessness matters and its causes are legion. Many if not most of those causes are things we passively participate in such as continuously slashing the welfare state or failing to pay a living wage that can afford a two-bedroom apartment and of course the problems related to race and ableism. In short, it’s a social problem and Lily is just the felt on our hand expressing it.

As media becomes more social justice-oriented and we realize the importance of changing the world through changing minds, reactionaries tend to get involved in really stupid battles. The delusion is that television has gotten “too PC” or has gone too far, whatever that means. To believe that in this case that you’d have to ignore literally half a century of children’s programming. Everyone from Fred Rogers to DJ Lance Rock has weighed in on important social issues with a clear message on how we might as a people address them.

But because every attempt to move forward is seen as marching orders from the Liberal Agenda you end up with people fighting over why THIS homeless Muppet matters when THAT homeless Muppet (who conveniently asks for nothing from us regarding homelessness) doesn’t. Prove Oscar is homeless and Lily can be ignored along with anything she and her creators might be trying to say about the world. If Oscar is homeless and happy, then what’s the big deal? Lily just becomes a liberal guilt trip to be ignored.

To be clear, not everyone asking if Oscar is homeless thinks this or has even thought about it. That’s why we have to talk about it. Reactionary politics rely on true believers who are willing to swallow euphemisms and talking points to increase the noise to signal ratio. Their interference is the shielding that conservative antipathy uses to keep media safely reassuring that nothing needs to ever change. As long as people are arguing about Oscar’s trash can they are ignoring Lily and the thousands of homeless children that she represents.

Conservative media backlashes are invested in undermining all social justice messaging no matter how small or non-controversial. The desire to center the quite-comfortable Oscar as a facet of homelessness helps dismiss the problem since the preferred poster child ain’t got no worries. Always wonder why people are trying to tell you that you shouldn’t care. More often than not it’s so you won’t dare demand they pick up a hammer and help fix a problem they may be complicit in perpetuating.
KEEP THE HOUSTON PRESS FREE... Since we started the Houston Press, it has been defined as the free, independent voice of Houston, and we'd like to keep it that way. With local media under siege, it's more important than ever for us to rally support behind funding our local journalism. You can help by participating in our "I Support" program, allowing us to keep offering readers access to our incisive coverage of local news, food and culture with no paywalls.
Make a one-time donation today for as little as $1.