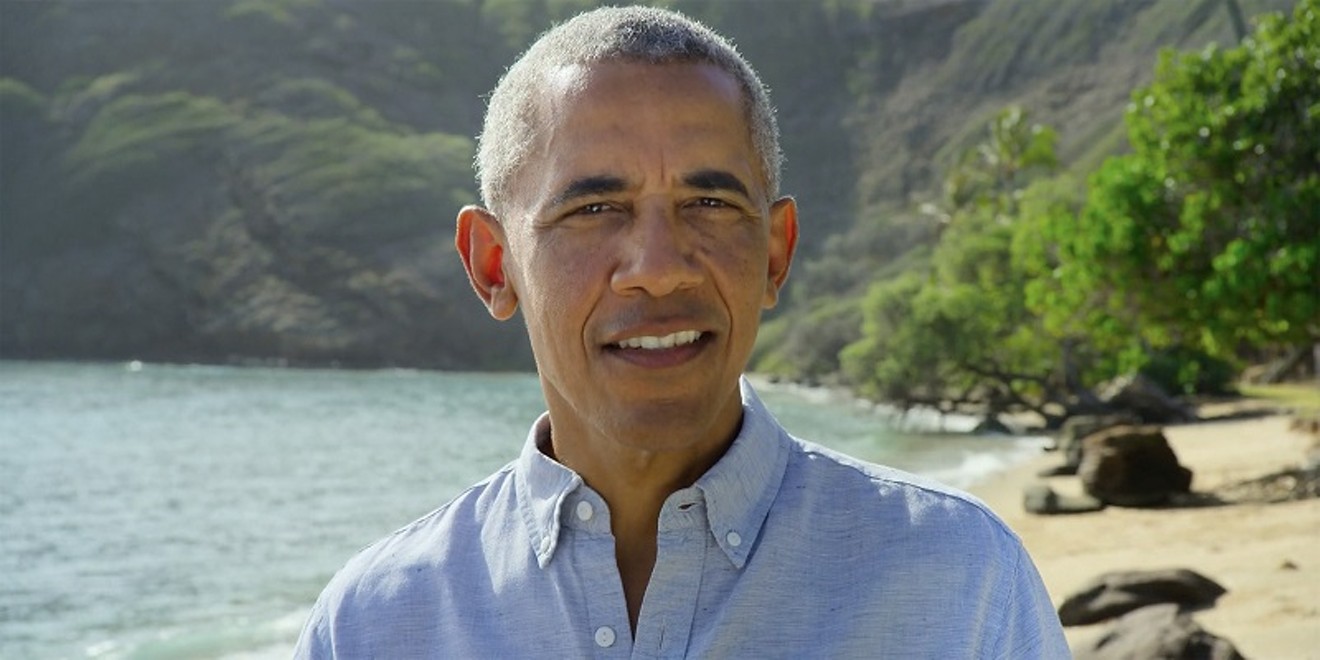 Former President Barack Obama says we can still save the natural world. Screencap from Our Great National Parks
When Netflix announced that it had entered an agreement with former President Barack Obama to produce programming, I had no idea that the result would be the single most calming thing on television. Watch Our Great National Parks at your earliest convenience.

Throughout the five episodes, Obama appears on screen just a handful of times, spending most of the run simply as a soothing, disembodied voice over remarkable footage from protected segments of nature around the world. Even Obama’s most virulent enemies have to admit that he has a way with words, and the quiet passion he puts into describing the wonders of the natural world is instantly engaging.

More than that, Obama uses his presence and the specific locations to tell a tiny bit of his story as a way to remind viewers of truths that have long since been lost in the miasma of conspiracy bullshit. The show opens with him walking the beaches of Hawaii, which he mentions is his birthplace, but without any rancor or attempt at a dunk. Instead, he talks about how his mother would step in the waves while he was still in the womb, an experience that she said had shaped him into the calm, reflective man he became.

He mentions a family trip to the land of his father while introducing Tsavo National Park in Kenya, and the magical things he saw growing up in Indonesia. These locations do clearly have a connection to the legacy of birtherism and other nonsense, but he doesn’t dwell on that. He puts the locales front and center as places he loves, not exotic props for lies.

For animal show fans, there are some very new and exciting things to see. For instance, the first episode shows the only part of the Congo rainforest that still touches the Atlantic Ocean, which gives way to the only surfing hippopotamuses in the world. It’s not revolutionary, but it’s a new way to look at an old favorite. There are even some new discoveries to be seen, like the terrifying but fascinating hammerhead worm.

What truly sets Our Great National Parks apart, though, is the message woven into the episodes. Pragmatically, Obama tells us how various parts of humanity have made preserving the wild world a priority. In Rwanda, farmers are compensated by the government for food eaten by foraging endangered mountain gorillas. In Chilean Patagonia, the many parks are starting to be linked with corridors so that the animals can travel and thrive. The extra space has already redefined what we know about the puma, turning it from a vicious solitary animal driven by lack of resources into a social beast tolerant of its own kind.

Time and again, Obama tells us that if we make salvaging these places a priority, they can come back. We don’t have to fight with the natural world. Reasonable compromise can make it so that everyone can benefit instead of tearing down the ecosystem in blind, capitalist greed.

It’s a callback to those heady days of 2008 when the world felt like it was crashing down, and Obama responded simply with “yes we can”. Our Great National Parks is a celebration of that idea. It tells us that we can be the solution, and dear god is that something we could all remember right now.

Our Great National Parks is out now on Netflix.