See Beautiful: The Carole King Musical at Broadway At The Hobby Before It's Too Late, Baby 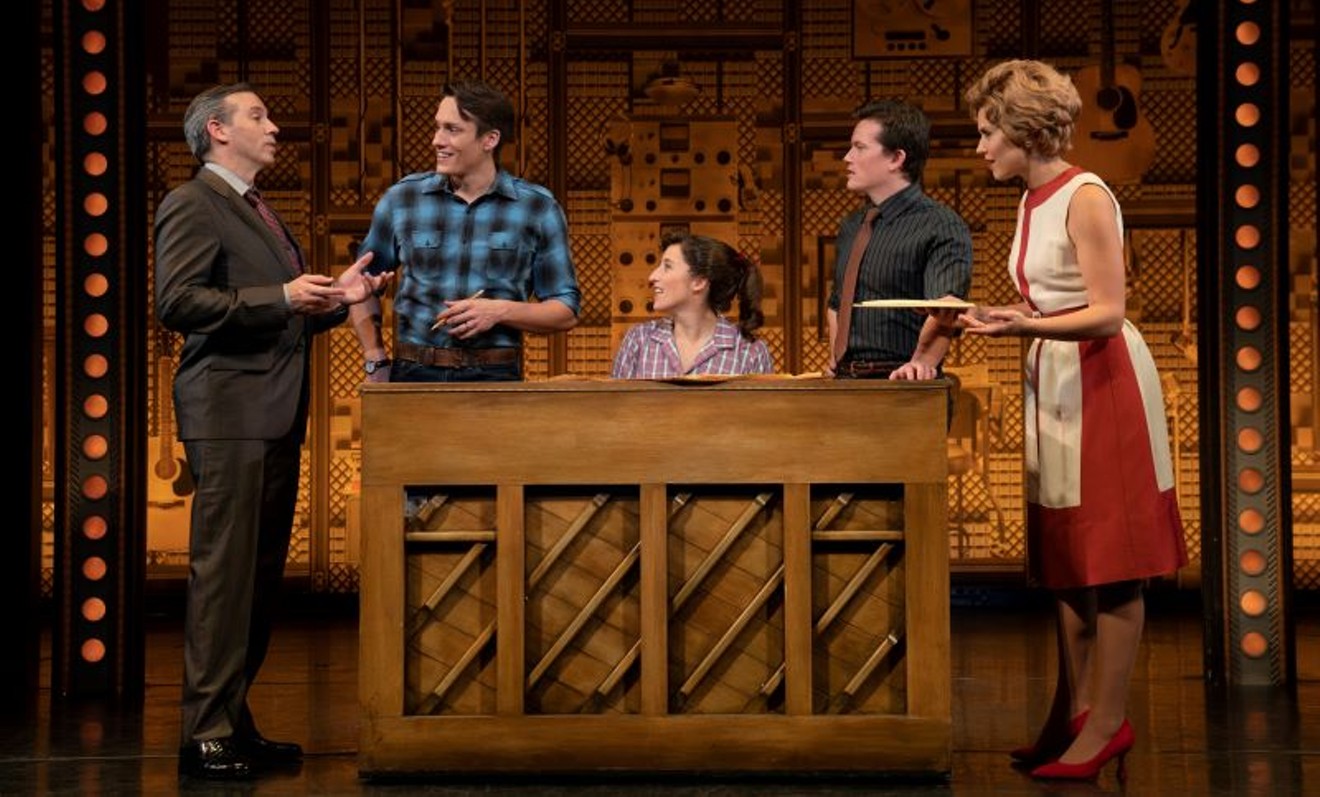 She was selling her songs when she was still in her teens and went on to become famous as a singer and songwriter whose work became an indelible part of '60s and '70s American music.

Carole King didn't set out to become a performer, but after teaming up with co-writer Gerry Goffin (and several others including James Taylor) she went out on stage herself and scored a breakthrough with Tapestry. Broadway at the Hobby is bringing the musical about her early days to Houston over three days in early June.

Sara King (no relation) was there when Beautiful: The Carole King Musical went on stage in 2013, opening on Broadway January 12, 2014. Cast as Marilyn Wald in the original Broadway cast she filled in on the songwriter Cynthia Weil role for a number of months so she already knew the part when the national tour contacted her and asked if she wanted to play Weil for this leg of the tour. She said yes.

The Tony and Grammy Award-winning show tells the Carole King story from the age of 16 to 28.  One song after another — by Gerry Goffin, Carole King, Barry Mann and Weil among others — dominates this jukebox musical. Songs by King include "So Far Away," "Will You Love Me Tomorrow," "It's Too Late" and "Beautiful."

King, who spoke to us by phone while the tour bus was making its way to the theater it was playing at in Oxford, Mississippi, was with the show on Broadway for four-and-a-half years before leaving. She has since moved to Los Angeles to develop her TV and film career when out of the blue she received a call to play Weil on tour. Post-pandemic, she jumped at the opportunity.

Musical theater was always a draw for Sara King. Her first audition was at the age of 7 and by 8 years old she was hired to do dinner theater.

Between her junior and senior year in high school, King moved from Baltimore to League City. She spent her final year of high school going to Clear Creek High. She studied voice during her senior year with Mary Starnes who was with Theatre Under the Stars.

She got her bachelor's degree in fine arts in music theater from Shenandoah Conservatory in Virginia and then moved to New York to pursue her career. Now she's back with Beautiful  in Houston where some of her family still lives.

"Cynthia was a pioneer in her field. If you just look at Cynthia Weil's, Barry Mann's catalog they dominated," King said. The Righteous Brothers' No. 1 hit by the pair and Phil Spector  "You've Lost That Lovin' Feeling" is included in the musical as well. Despite the fact that Weil's work continued for decades — She wrote "Somewhere Out There" for the An American Tail soundtrack with Mann, James Ingram and James Horner — she's never received the kind of recognition that her friend Carole King received.

"Perhaps it was because she hadn't recorded her own album; Cynthia has never recorded an album but that wasn't her thing. She's a lyricist," King said. "Some of your most favorite songs that you listen to, you look at the credits and it's Cynthia Weil. I think she's just remarkable and so extremely talented."

Asked why she thinks the show works so well, she said:

"Beautiful is about hope. It's about perseverance. It's about picking up the pieces and starting anew," she said. "And the songs are just non-stop hit after hit. It's just a beautiful story of making it through and shining and harnessing your own power and becoming your own incredible person."

Performances are scheduled for June 3-5 at 8 p.m. Friday and Saturday, 2 p.m. Saturday and Sunday and 7:30 p.m. Sunday at the Hobby Center, 800 Bagby. For more information, call 800-982-2787 or visit thehobbycenter.org or broadwayatthehobbycenter.com. $35-$90.
KEEP THE HOUSTON PRESS FREE... Since we started the Houston Press, it has been defined as the free, independent voice of Houston, and we'd like to keep it that way. With local media under siege, it's more important than ever for us to rally support behind funding our local journalism. You can help by participating in our "I Support" program, allowing us to keep offering readers access to our incisive coverage of local news, food and culture with no paywalls.
Make a one-time donation today for as little as $1.