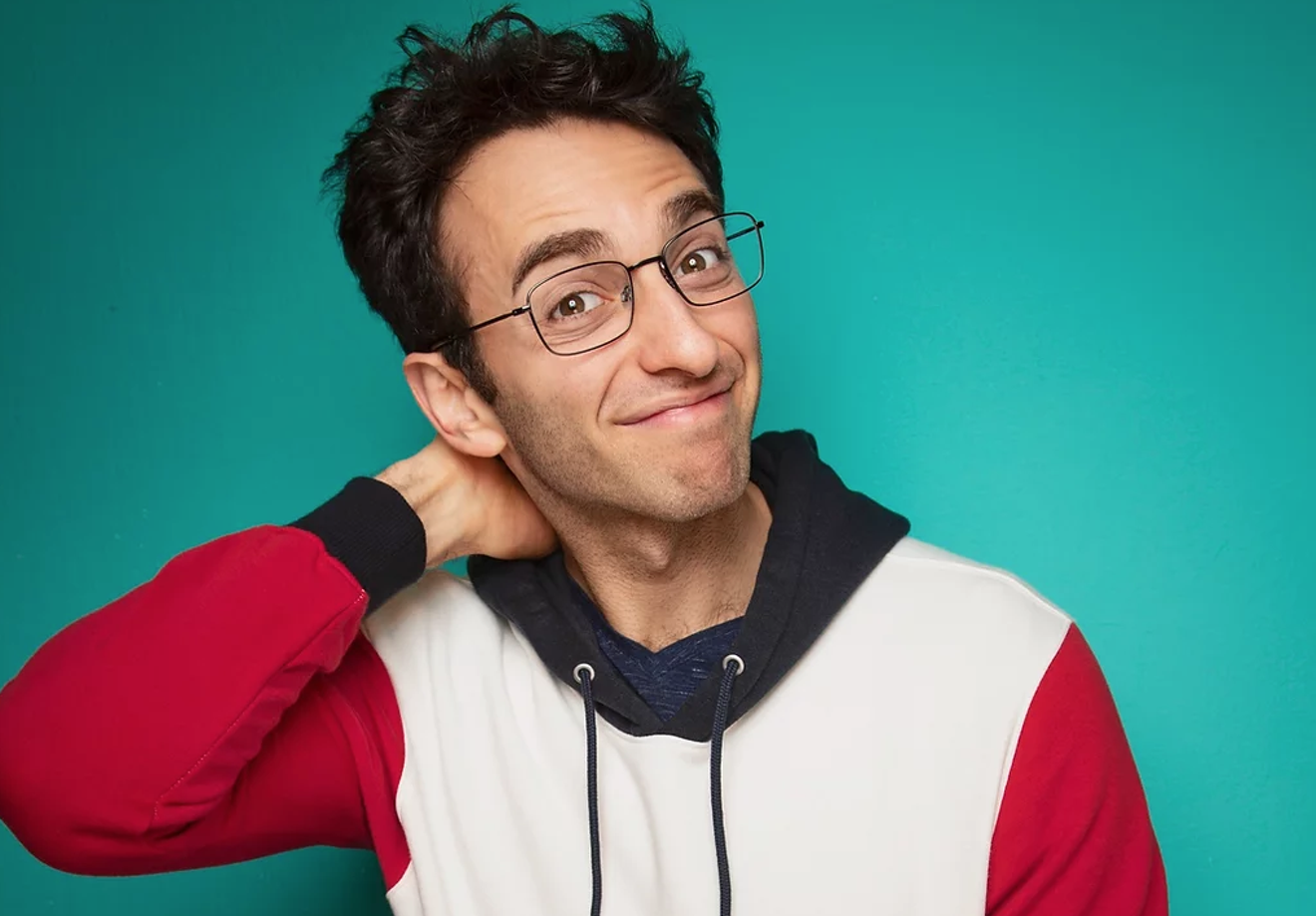 Get your Big Apple fix, because a fast-quipping funnyman named Gianmarco Soresi is making a quick return to Houston’s own Rudyard’s for two nights of raw, rollicking comedy dealing with his messy family life. “I love Rudyard’s,” the comic says. “The minute I performed there I wanted to come back immediately. I also want to go to a shooting range because New York is getting more dangerous every God damn day. I need a little target practice.”

While Soresi long knew he was born to perform, his initial path to the limelight was not paved through comedy. “I started becoming a comedian because I was a failed actor, you know? I had so many people asking me about how the acting career was going, and I would say: How often do you see Meryl Streep headlining at Rudyard’s in Houston? I am happy to do it! It’s a big accomplishment... to me!”

The Riot at Rudyard’s has been on a roll recently, booking the comics that while not quite household names yet, seem poised to be on the tips of many lips in the near-future. Landing Soresi for shows on May 6 and 7 seems like a great stroke of fate, as he shares he just “passed” to perform regularly at the legendary New York stand-up spot the Comedy Cellar (perhaps mad famous to most as a favorite backdrop for the stand-up scenes on FX’s Louie).


“I grew up a theater kid,” he continues, “I grew up in Maryland. I went to college for musical theater, and I had a little bit of a TV career: I played Ice T’s waiter on Law & Order: SVU, which I prepared for by becoming a waiter for 12 years. I started stand up in New York City, worked my way up to where I recently passed at the Comedy Cellar. I’ve been touring around the country just looking for the next variant, and it’s been going well. It’s been exciting to get back to real life. The ZOOM shows were a nightmare for all of 2020. It is very hard to tell if a joke wasn’t working – I could never know it was just bad WIFI or a terrible audience. I could never get to the bottom of it.”

Soresi describes his act for the uninitiated in stark terms: “Basically, I’m talking about some fucked up family stuff,” he spurts with zeal. “I love talking about my family. People have started to ask if my jokes upset my parents, and have to laugh. You think my parents watch my stand up? So I’ve been talking recently about my dad, he had open-heart surgery — and it was not successful, he’s still alive. I’ve been talking about getting older and your parents getting older, my parents are divorced. My mom has been divorced twice, my dad been divorced four times. Once someone asked me to make a family tree – I turned in a pile of firewood.”


"My mom has been divorced twice, my dad been divorced four times. Once someone asked me to make a family tree – I turned in a pile of firewood.”

If you’re struggling to keep up, the comic wants to assuage your fears. “I am in a relationship now with a fellow Jewish woman, and especially for Houston, I make sure to really explain all the Jewish terms. I don’t want to leave any of the audience behind. I had a friend from Texas, and we were talking about anxiety. I talk a lot about anxiety on stage. And my Texas friends said, you know: ‘anxiety is excitement in an ugly hat.’ And I said, ‘they’re called yamakas, you dumbass.’

"I like to bring a little New York flavor wherever I go. I like to dive deep into just exploring those dark parts of myself. Of being egotistical and selfish in a way where I feel if I dive deep enough into my own fucked-up-ness, there will be a reliability there. People will see themselves in me.”


Perhaps more than most of us would be willing to admit. “You know, I’ve always loved talking about myself,” he says in an exaggerated boastful tone. “I tell people I’m an extroverted introvert, which means when I’m talking I’m very extroverted, but when someone else is talking – I’d rather be alone.”

Wile Soresi accepts his role as a raw nerve onstage, he’s quick to dispel what has become a bit of a trope for the perception of stand-ups by the general public. “I think my reaction to having a fucked up family and have two separate worlds, a mom's house and a dad’s house – I wasn’t always about to talk about everything I felt at these separate homes. So I found the stage was just a place where I could let it fly.

"Just to be clear though, because I feel like there is this awful trend in comedy of it's like it's like a therapy session. No, I save the therapy for the therapy, onstage I have a lot more punchlines than my therapy will allow. I’m a very punchline heavy comedian, but I really try to use these one-liners in a way where I personalize them in a way. I like to get right to the heart of the matter, right to the heart of my fears, my cynicism and in a way, my own hope.”

While Soresi is undoubtedly on his way up – he’s landed guest spots and supporting roles in Billy Crystal’s Here Today, Tracy Morgan’s The Last OG, and won the 8th season of Amazon’s Comics Watching Comics competition, Soresi has already found himself rubbing elbows with the best in his business.

“Especially now that I’ve been to the Comedy Cellar, I’ve gotten to see some incredible comedians. Dave Chappelle went up, and then brought Chris Rock onstage, and I just kind of stood in the back and admire that for a while. But the thing about being a comedian is, you see them once – it's very exciting. The second time they bump you off the fucking show while the booker for The Tonight Show is in the audience., you suddenly go, ‘You know I don’t really give a shit about seeing any of these people anymore – I just want to go up!’”

The one big name he’s yet to start a chat with? The fork tongued Comedy Central roaster, Anthony Jeselnik. “My favorite comic is Anthony Jeselnik,” Soresi says, “and I’ve seen him for like a couple of minutes. But I’d like to see him for a full set. I think I was at the Comedy Store in LA once, and there were this back row of chairs that were open... and I don’t work at the Comedy Store, I’m a New York comic. But I sat in this back row of chairs, and Anthony Jeselnik sat like three chairs away from and I’m like oh-my-fucking-god, I’m so close to one of my comedy idols. And then like a server came up to me asked if I had passed at this club? I said ‘no’, and he said I needed to get the fuck of that chair right now. This is only for passed comedians. So I hope Jeselnik did not see me just like a fool grab my backpack and run out of there as fast as I could.”


As Soresi has gotten his tour legs under him, a big learning curve seems to come from fielding jokes to crowds not-quite-like him.  “It can be very dangerous to just stay in New York and LA,” he explains, gravely. “It’s a very particular slice of life. You have to find a way where you’re connecting past people’s particularities, past political parties for sure to find a human level.

“So I think getting out of your bubble, spending time with people you don’t have things in common with, is how you learn how to reach them. You learn to come up with jokes that are universal, where even if people disagree with the premise, disagree with my opinion – which I hope they do, sometimes. Or else, what am I doing? That they have to admit that it is funny. And even if they can’t admit that, their laughter will admit that it’s funny.“