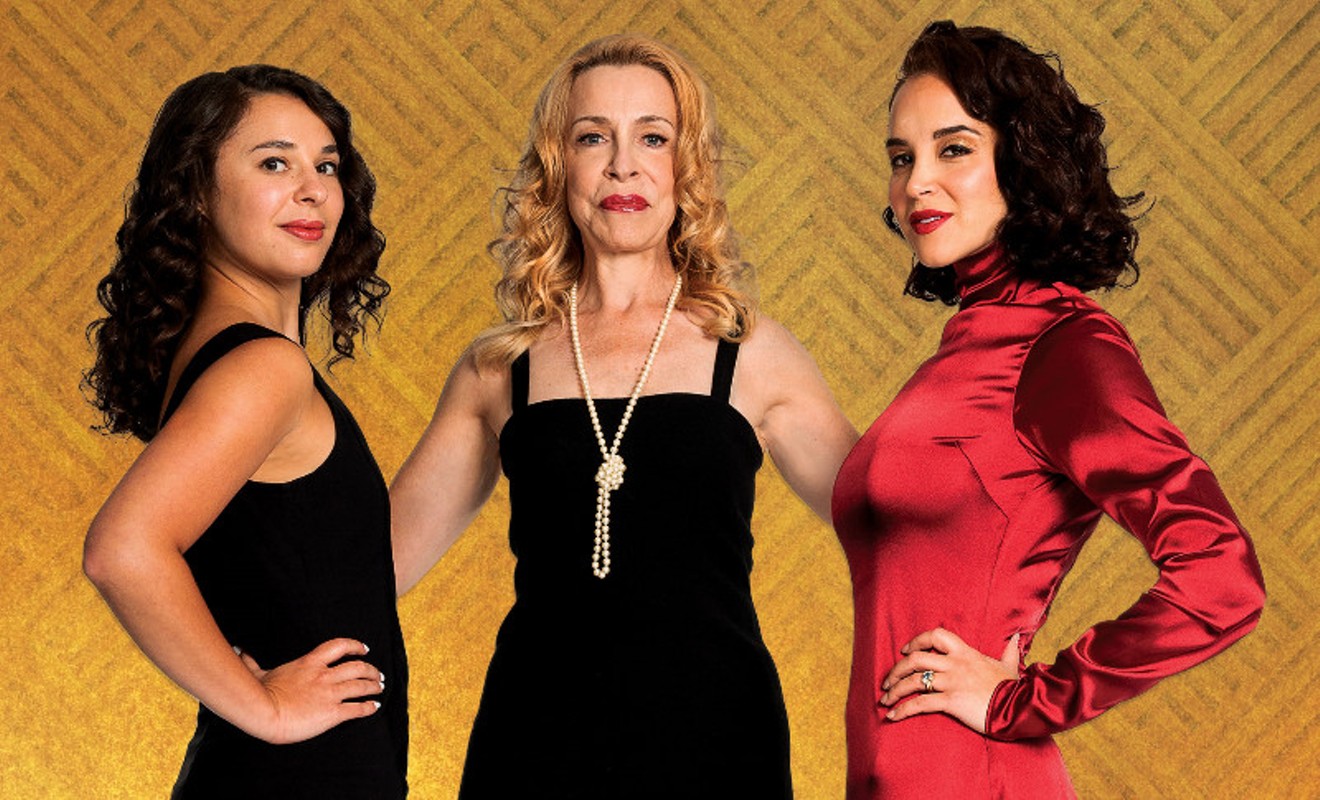 More than 30 years ago playwright Ken Ludwig came up with the now classic modern comedy Lend Me a Tenor. The show went on Broadway where it garnered nine nominations and won two Tony Awards. It has been produced in countries across the globe since then.

Now Ludwig and Alley Theatre are about to unveil a twist on that previous work with the world premiere of Lend Me a Soprano with women filling the three lead roles previously acted by men. The basic story line remains: a world-class singer is in town for a one-night only performance (Carmen rather than Otello) , she arrives late, her husband goes into a jealous rage and whether the evening will be saved rests on the opera manager's assistant Jo.

In the fine tradition of French farce and mistaken identities ala Shakespeare and countless operas, what follows are fast-paced near misses, comic misunderstandings and ultimately true love finding its way. As in the original, the set will be split in the hotel between a sitting room lounge and the bedroom. And there'll be lots of doors.

Houston's Susan Koozin plays the role of Julia, the chairwoman of the Opera Guild for the Cleveland Grand Opera Company in this new play still set in 1934.

"She loves opera, She’s very passionate for opera but maybe even more than that loves the Event of opera and the dressing up and the catering and the opening night parties and all of that. Loves to attach herself to those types of things

Koozin didn't hesitate to get involved in Lend Me a Soprano, having a long history with and appreciation for its predecessor.

"I was an assistant director for a production of Lend Me a Tenor back in the late '80s and my dad actually played the tenor in the production for a community theater up north. So knowing this was almost the exact show, of course there was already interest. And then just being a part of a Ken Ludwig world premiere was thrilling and this kind of role is so much fun for me."

"I love doing just about anything but I don’t often get a chance to do a full-on farce," she says.

She thinks this version works very well with enough of a difference of how the lead females (Mia Pinero, Ellen Harvey and Alexandra Silber) in the cast approach their roles. "I think it works beautifully. I love seeing females in this show. It’s got a very different energy to the piece having women in those roles," Koozin says. "The three women who are in the leading roles are just fantastic."

She also says that the costumes are something special. Without giving away any details, she says no one should miss her entry on stage in one scene. "I get to make quite an entrance and the gown is a huge part of that."

Anyone who likes comedies, who enjoyed the recent  Alley production of Clue, should enjoy Lend Me a Soprano, Koozin says. "If you are into fast-paced comedies with some brilliant comedic actors and on top of that you add some lovely operatic voices, I think it's going to be a hit."

Performances are scheduled for September 16 through October 9 at 7:30 p.m. Tuesdays through Thursdays and Sundays, 8 p.m. Fridays and Saturdays and 2:30 p.m. Saturdays and Sundays at 615 Texas. For more information, call 713-220-5700 or visit alleytheatre.org. $26-$78.
KEEP THE HOUSTON PRESS FREE... Since we started the Houston Press, it has been defined as the free, independent voice of Houston, and we'd like to keep it that way. With local media under siege, it's more important than ever for us to rally support behind funding our local journalism. You can help by participating in our "I Support" program, allowing us to keep offering readers access to our incisive coverage of local news, food and culture with no paywalls.
Make a one-time donation today for as little as $1.