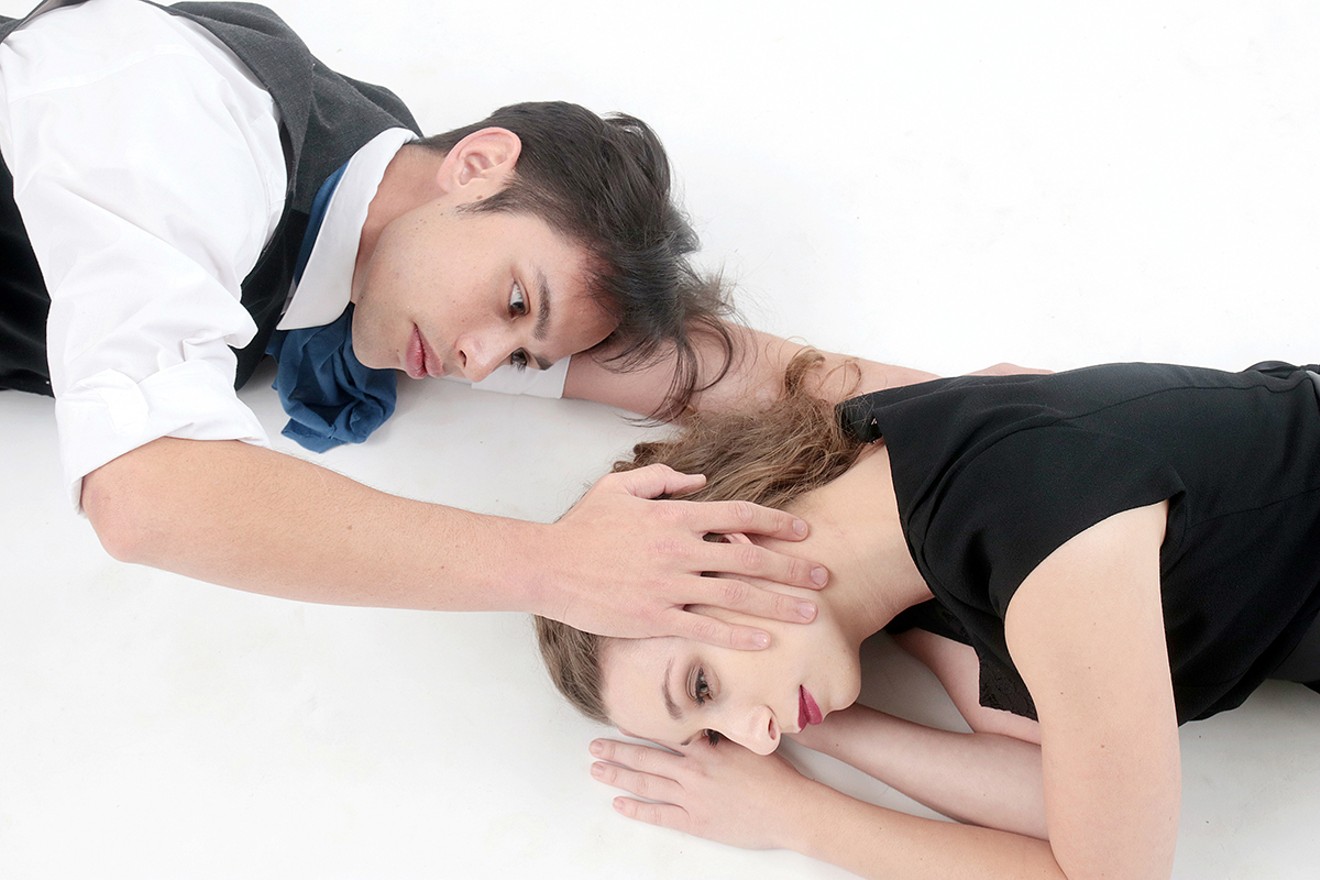 American author Edgar Allan Poe was orphaned as a toddler, and spent the rest of his life trying to resurrect the maternal relationship. Choreographer Heather vonReichbauer draws on his life and literary characters to create a new narrative dance. Photo by Pin Lim
Jerry Lee Lewis, rock and roll's first great wild man, garnered plenty of downvotes when he married his 13-year-old cousin, once removed. Shocking as it may have been, American writer Edgar Allan Poe still gets top honors in the creepy old man department, having married his 13-year-old first cousin when he was more than twice her age.

There's a lot we know about Poe, who pretty much invented the detective fiction novel and laid the groundwork for what was to become science fiction. But new revelations about The Raven's author continue to emerge even today, and local choreographer and educator Heather vonReichbauer has interwoven his life and literary characters to create an original dance narrative work, Madness, Memories, and Woe: A Fantastical Journey Inspired by Edgar Allan Poe.

"I was always a fan of Poe’s and I tend to be drawn to things that are Gothic and macabre in nature," says vonReichbauer, who describes herself as a big reader. "He had a very dark life, but also a very mysterious death. They’ve never been able to say exactly what happened to him, other than he was found wandering the streets." Just like any good detective novel, theories abound about his demise, including rumors of brain or heart disease, cholera, alcoholism, suicide or even rabies.

"I thought it would be interesting to look a bit more at who he was as a person; that was my first step," says vonReichbauer, who did plenty of research on the subject, including looking at correspondence between Poe and his aunt Marie. "I decided to use actual people from his life, his literary works, his recurring themes, and weave this into a 'down the rabbit hole' evening of Poe. 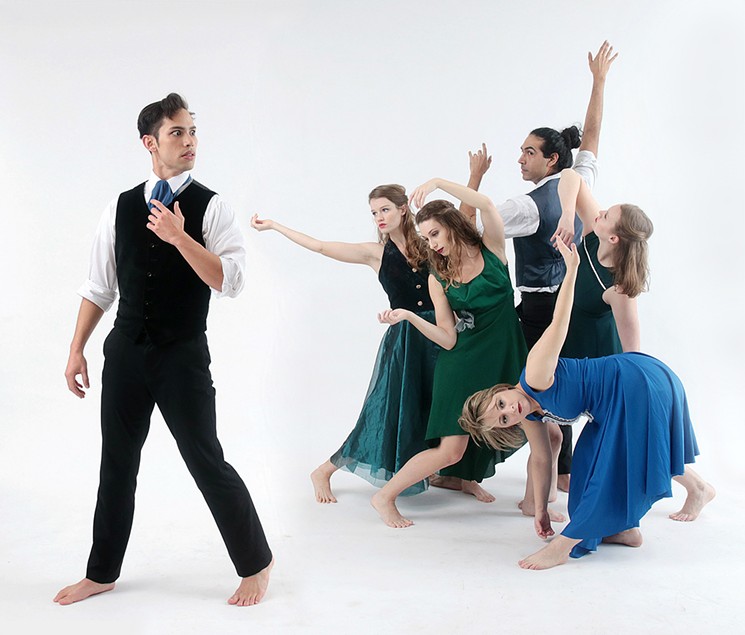 Edgar Allan Poe was quite the ladies' man, and choreographer vonReichbauer fell down a rabbit hole researching the personal side of this famous and controversial author.
Photo by Pin Lim
"Virginia [his 13-year-old bride] is in there. You see an appearance of the Raven, and I also use several other literary characters," says vonReichbauer. "Poe was quite the ladies' man; he had quite a string of women in his life." Poe's mother died when he was a toddler and he and his orphaned siblings were farmed out to other families; it seems Poe spent the rest of his life trying to resurrect the maternal relationship.

"[The piece is] based on characters as well as women from his real life, who he had a relationship at some point. One of the women he was engaged to at the University Virginia [was Sarah Elmira Royster]; the engagement was kind of broken, never talked about. Her father was hiding letters from Poe. He became engaged to her later in life, but they never married. He was with three different women in a very short time," says vonReichbauer.

Madness, Memories, and Woe a literary sequence based on The Masque of the Red Death, and vonReichbauer weaves it all together with voice-over narration based on the aunt's letters, projections and text — theatrical elements that serve to indicate the passage of time. It's being presented by the Pilot Dance Project, now celebrating its 15th year, and costumes are by Pilot Dance board member (and cosplayer) Irene Stein.