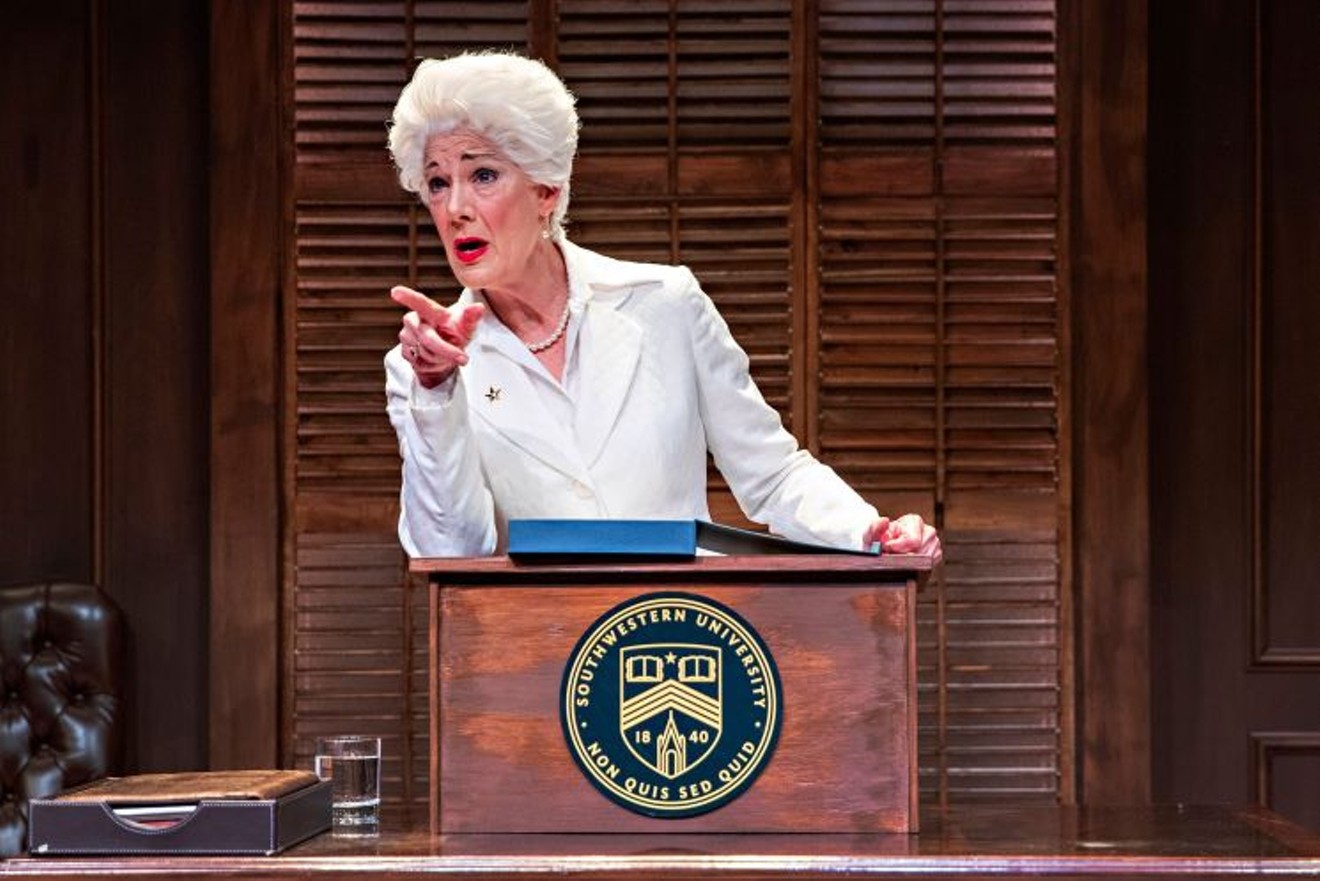 Sally Edmundson as Ann Richards Photo by Wesley Hitt
In 2018, Stages theater presented a production of Ann, the story of Texas Gov. Ann Richards, a one-woman show starring Sally Edmundson. It would be one sharp-witted icon playing another and the match seemed perfect.

As it turns out, it was. It remains the best-selling non-musical show in the history of Stages.

In fact it was so successful that Edmundson was asked to star in a new production at TheatreSquared in Fayetteville, AR. "We were sold out from the get-go in Fayetteville," she says. But in fall 2020, COVID-19 stepped in and shut down the Arkansas live production with six more weeks to go. Salvaging what it could from its season, the theater produced a film version which is being brought to Houston by Stages.

"It’s a rare luxury for an artist to get to revisit a role," Edmundson says. "It's hard to describe where you have the opportunity, the privilege, the exhilaration of really digging deep and that’s rare. To start at a point that I'm not thinking about the words. I’m just embodying this person and this person is embodying me."

Although she points out "I'm not Ann. We share certain qualities. But I get her. I feel her."

Asked how it feels to play Richards, a Democrat who served one term as governor from 1991-95 before George W, Bush defeated her in the 1994 general election. Edmundson laughs and replies: "Are you kidding? It's sort of like being a rock star."

"I've gotten to play some pretty fabulous women over the four-plus decades of my career. There’s something about Ann’s passion, her humor, her intelligence,  her insightfulness and coupled with the extraordinary reaction.  I was very curious when TheatreSquared cast me in their production early last February and I wondered, I certainly knew that Ann’s message was very timely; we saw that in 2018.

"But I did wonder how she would play in Arkansas particularly  there are a couple of jokes that are very much a putdown of Arkansas, teasing Bill Clinton. Again I knew the response was just resounding and for an artist it just doesn’t get any better than that. To be able to portray somebody who's connecting so deeply with your audience. And it was both sides of the aisle. It was not just Democrats. I think it was a voice that people really missed."

Filming this during COVID meant the number of people who could watch her performance was extremely limited. "I’ve got five  people in the audience, all of whom are technies," she says. "I remember exhorting them: 'Okay guys, you have to laugh and you have to laugh audibly so I can hear you. I desperately need your energy.'"

With a different director and with it being filmed, there are differences between it and what Houston audiences saw in 2018 (a better wig is a definite plus).

"There are so many facets to Ann that fascinate me. Ann is never boring," Edmundson says. "Ann is a general, she’s a mother she’s a public servant. There’s so many layers."

One of her favorite moments in the play is when Richards debates whether to stay an execution when doing so probably means political suicide. "You see her make a very tough decision."

"Particularly in Texas we know so much of her; we know so much about her. And kind of know what to expect. People just seem to get a huge kick out of it," Edmundson says. "I also think right now she can be part of the healing I think hearing and being exposed to positive, optimistic can-do-spirits can be very healing right now."

Performances are scheduled to run online January 26 through February 7 at 7:30 p.m. with additional 2 p.m. performances on January 30 and 31 and February 6 and 7. To register and receive the event link, visit StagesHouston.com. $25.
KEEP THE HOUSTON PRESS FREE... Since we started the Houston Press, it has been defined as the free, independent voice of Houston, and we'd like to keep it that way. With local media under siege, it's more important than ever for us to rally support behind funding our local journalism. You can help by participating in our "I Support" program, allowing us to keep offering readers access to our incisive coverage of local news, food and culture with no paywalls.
Make a one-time donation today for as little as $1.