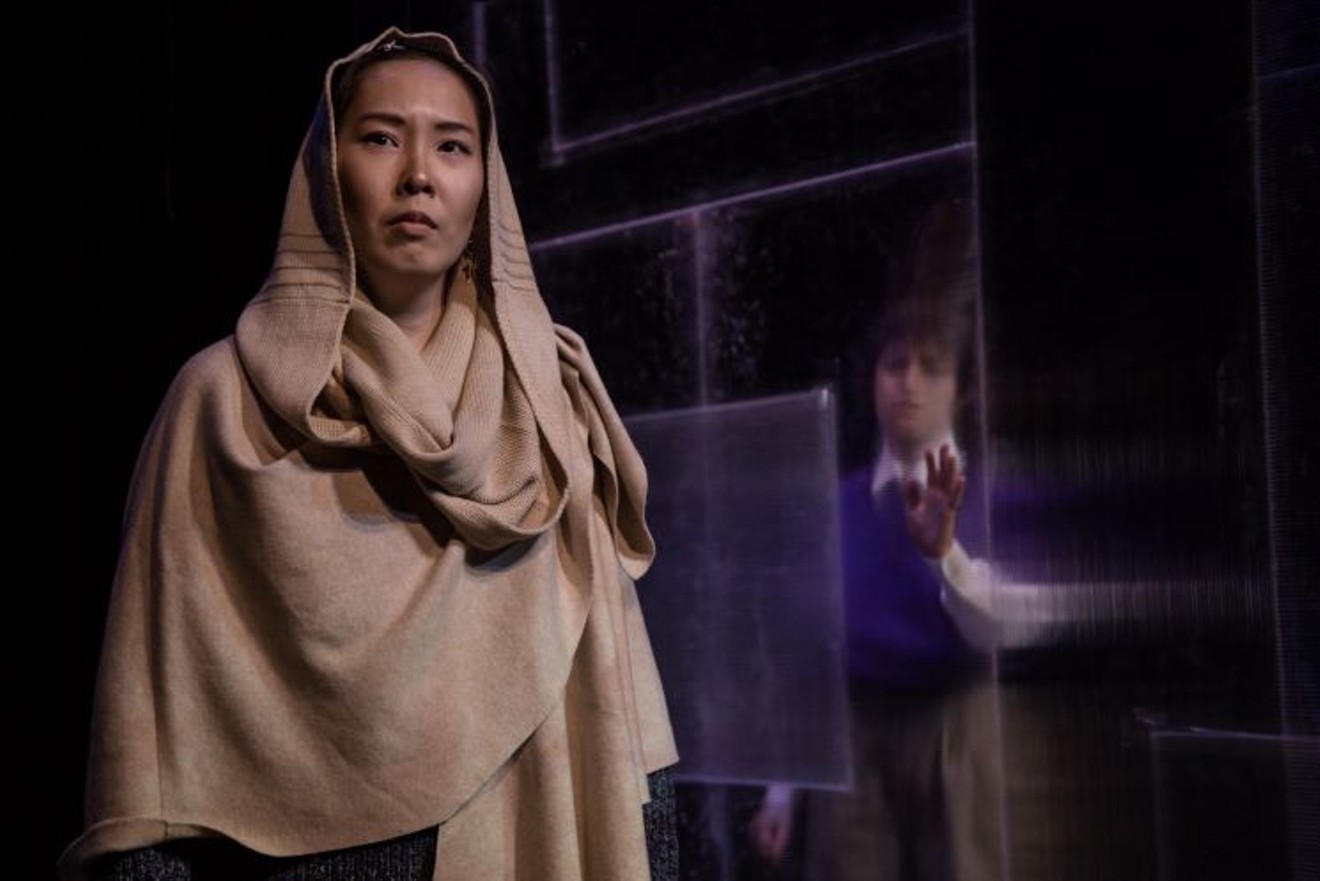 L-R: Jennifer Wang as Len & Mariam Albishah as Ru Photo by by RicOrnelProductions 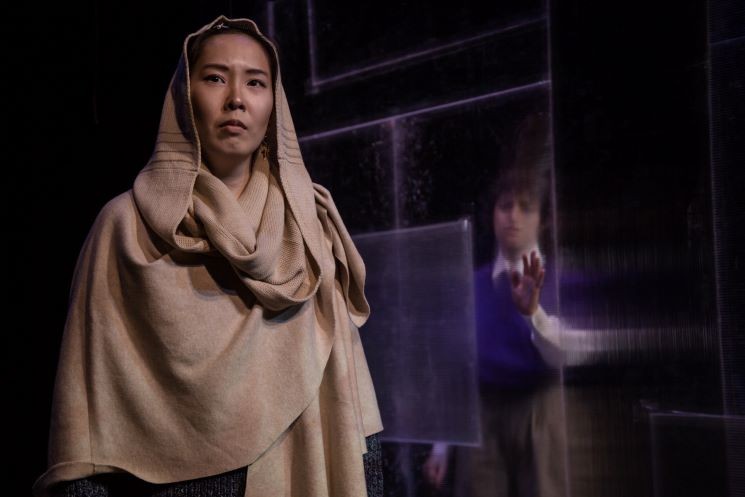 L-R: Jennifer Wang as Len & Mariam Albishah as Ru
Photo by by RicOrnelProductions
Imagine being given the name Magdalene with all the associations that immediately conjures up from the four gospels of the New Testament. Prostitute or perhaps not, follower of Jesus, first to see him after his resurrection — someone whose demons were driven out by the Son of God, according to Luke.

All of that intrigued playwright Caridad Svich who in the fall of 2019 began working with ideas for a play about a modern day Magdalene based upon the Biblical character but then put them aside. "I was interested in the character of Mary Magdalene from the Bible but I didn't quite know what to do with it. And then as 2020 started, the notes sort of resurfaced. I'm always thinking about alienation, capitalism, a culture that is losing touch with itself and is in disharmony with the planet.

"And I also wanted to tell an intimate story, a kind of heroine's journey of someone who is perhaps feeling like they don't have agency in their life and finds it. And also speaking to: we're going through a time of tremendous trauma and grief, multiple levels of trauma. I wanted to articulate a story that sort of spoke to that but not in what I'd call an on-the-nose way."

The result is The Book of Magdalene, a 90-minute play with five cast members about to be presented by Houston's Main Street Theater in digital form after being filmed on its Rice Village theater stage. In a telephone interview from her home base in New York City, Svich, who received the 2012 OBIE for Lifetime Achievements, said her one-act play is set in a near future.

"[Magdalene] is someone who's carrying the power, the vision in the story. And perhaps has some answers that maybe there's something around her, centering her as opposed to putting her on the side of a narrative that may allow audiences to see what happens when there is a female-centered narrative around grace, hope and redemption."

Asked how old this Magdalene is, Svich said: "I've always seen her in her 30s. I think  because that's always a time of transition for a lot of people. You're past your 20s when you're trying to figure yourself out and it's before your 40s when you've sort of figured yourself out already."

"It's about a young woman who is caring for an elder. The elder may be a parent or not. It is someone who is not well. This young woman works in a call center which is like a sex hotline and basically has an encounter with a caller that changes her life. She's also going through a breakup. And is trying to repair emotionally. So it's about meeting someone, a catalyst, that changes what you think about yourself and also trying to reconcile a broken heart. And figure out through that encounters with faith and with the spirit and this person's value in the world.

Svich, who described herself as "an advocate for accessibility," said she has been "banging the drum" for digital theater productions since the year 2000. "What I really love is that it can have a global audience; it can be available to anyone. How exciting is that?

"It’s taken a pandemic for people to realize it," she said. "It shouldn’t depend on geography and it shouldn't depend on the cost of the ticket."

At the same time she notes what she misses with digital — namely that productions don't get that live, in-person reaction from  an audience.

"I don't know who the audience is. I don't see them walk in. It's almost like you're sending something off, like a time capsule out into space and you're just wondering how it's going to land. And I think it's different from when you're making a movie because when you're making a movie you know that's what you're making and the audience —  you'll never meet them. But to make a theater piece for the screen it's a hybrid experience as a theater maker. You're trying to imagine the audience. You're dealing with audiences that are multi-tasking if they're watching something at home."

"I'm very interested in these times, generally always, but especially now, in making work that offers some sort of solace emotionally," Svich said. "So I'm hoping it offers a space to contend with conflict and despair and grief. But also offers people a way through or at least seeing someone else find their way through something sometimes helps you finding your way through despair."

Online viewing will be available February 11-21. Purchase your tickets by 4 p.m. to receive your viewing code by 5 p.m. the same day. Your 48 hour watch period begins after entering your access code. For more information visit mainstreettheater.com. Pay what you can $20-$54.