The Nutcracker Returns to Live Performance With Houston Ballet 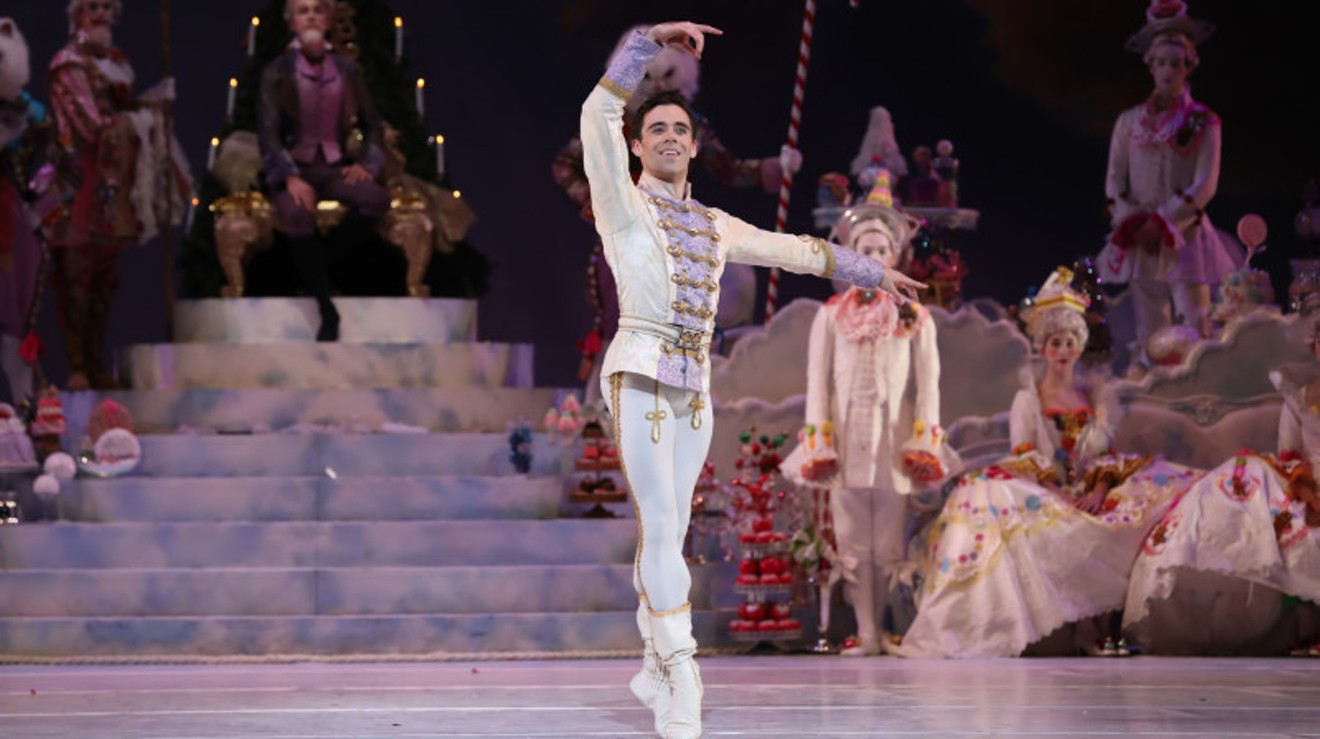 Yes, it's true that they put on a mixed rep program to begin the season with their Jubilee of Dance in September, but as Principal dancer Connor Walsh explains, much of that was solo and duet work with a few pieces involving more dancers. "Our last program was designed around a COVID world." Now, he says, they're all on stage together.

Perhaps no one is better at explaining what a touchstone moment this is than Walsh, who has danced the Nutcracker Prince role so many times.

"This is special. We all start with Nutcracker when we are students. This is a tradition that's not just about one performance but about bringing up the next generation of dancers and the next generation of audience members. It's something that's bigger than any one person and important to the longevity of any ballet company but particularly to an American ballet company. This is when the students get to come in and see how the senior dancers, the principal dancers work, watch them in rehearsals. I still have very clear, vivid memories of when I was in my first company rehearsal in The Nutcracker."

Walsh  — as he puts it — "grew up in a dance studio" where his mother taught and where he thought it the norm that ideas and sentiments could be perfectly conveyed through movement and music.

"It was not until later in life I really learned that challenge and that ability or desire to tell a story that way using so much physicality and imagination because you had no words that's something that drew me to it and has continued to draw me to it through my whole life."

And that's a big part of why The Nutcracker works for even the youngest audience members, he says.

"Kids are still forming their language skills so a young kid could come and understand [The Nutcracker] as much as anybody else."

This will be the fifth year for Artistic Director Stanton Welch's choreography of the classic story set to music by Tchaikovsky. Welch's version could also be called "Clara's Journey" since it emphasizes the young girl's transition as she visits the magical kingdoms. And that may well help attract more children to the ballet, Walsh says.

"It's her story. It's all through her eyes. Hopefully the kids can see themselves in Clara and her sense of imagination."

There are some changes this year. Although the full cast of 70 will have plenty of children included for the battle scene, none will be younger than 12 since when Houston Ballet began rehearsals (still wearing masks), COVID-19 vaccines were only available to those 12 and older, Walsh says.  By the 2022-23 season, the ballet hopes to once again be able to include really young children in the onstage festivities, he adds.

Walsh has nothing but praise for the children in the program. Not only do they have to learn their marks on stage, but where they have to move to and stand backstage in this somewhat crowded and enormous enterprise, he says.

One of the biggest challenges for the company dancers is that this is the first full length classical ballet they've done since the start of the pandemic-inspired shutdown.

"A lot of the work that we've been doing has been contemporary and in outdoor settings. So for many of us this is the first time trying to get back to our classical best," Walsh says. "But it's also the first time being part of a large ensemble, having 70 people in the studio. All the kids from our schools running in the battle scene is a major operation. Getting back to scale has been quite challenging."

Of course the dancers are glad to be back, but there are others just as happy after being displaced by the events of the last almost two years, Walsh points out.  "So many carpenters and painters, and prop movers, set movers, wardrobe assistants. There's so many people behind the scenes that we haven’t been able to truly welcome back because we haven't gotten back to this large scale production. It's not just a homecoming for the audience but many of the team behind the scenes. It's really great to see a lot of old friends behind the stage as we're getting into the theater this week."

Why should families turn out for The Nutcracker this year?

"Besides it being a great tradition for families, I think it's a great introduction to theater of any kind," Walsh says. "It's not just a ballet. It's a theater piece. There's just as much acting as there is dancing. There's just as much music. There's projections. There's costumes. There are so many elements of what makes performing arts wonderful.

"Also it's only two acts so it's not like Wagner's The Ring Cycle. It's an accessible story, easy to understand and it's kind of pure fun. I love it and I love doing it every year because I think it's such a wonderful introduction to theater of all sorts. At this time, I think showing our love and appreciation for the performing arts, after watching so much on screen, I think to get back into the theater and seeing people perform in real life and getting back to that magical interaction that happens in the theater is really special and this is a great production to do so.

"And kids love Christmas and it's a story that revolves around a Christmas story. You can't beat that."

Performances are scheduled for November 26 through December 24 at  7:30 p.m. Thursdays through Saturdays and also Monday through Wednesday December 20-22; 6:30 p.m. Sundays and and 2 p.m. Saturdays with 2 p.m. performances also scheduled for December 20-24. Wortham Center, 501 Texas. Audience members are required to wear masks at all times unless they are eating or drinking. For more information, call  713-227-2787 or visit houstonballet.org. $27-$200.
KEEP THE HOUSTON PRESS FREE... Since we started the Houston Press, it has been defined as the free, independent voice of Houston, and we'd like to keep it that way. With local media under siege, it's more important than ever for us to rally support behind funding our local journalism. You can help by participating in our "I Support" program, allowing us to keep offering readers access to our incisive coverage of local news, food and culture with no paywalls.
Make a one-time donation today for as little as $1.