I Think COVID Might Have Irreparably Damaged Our Kids 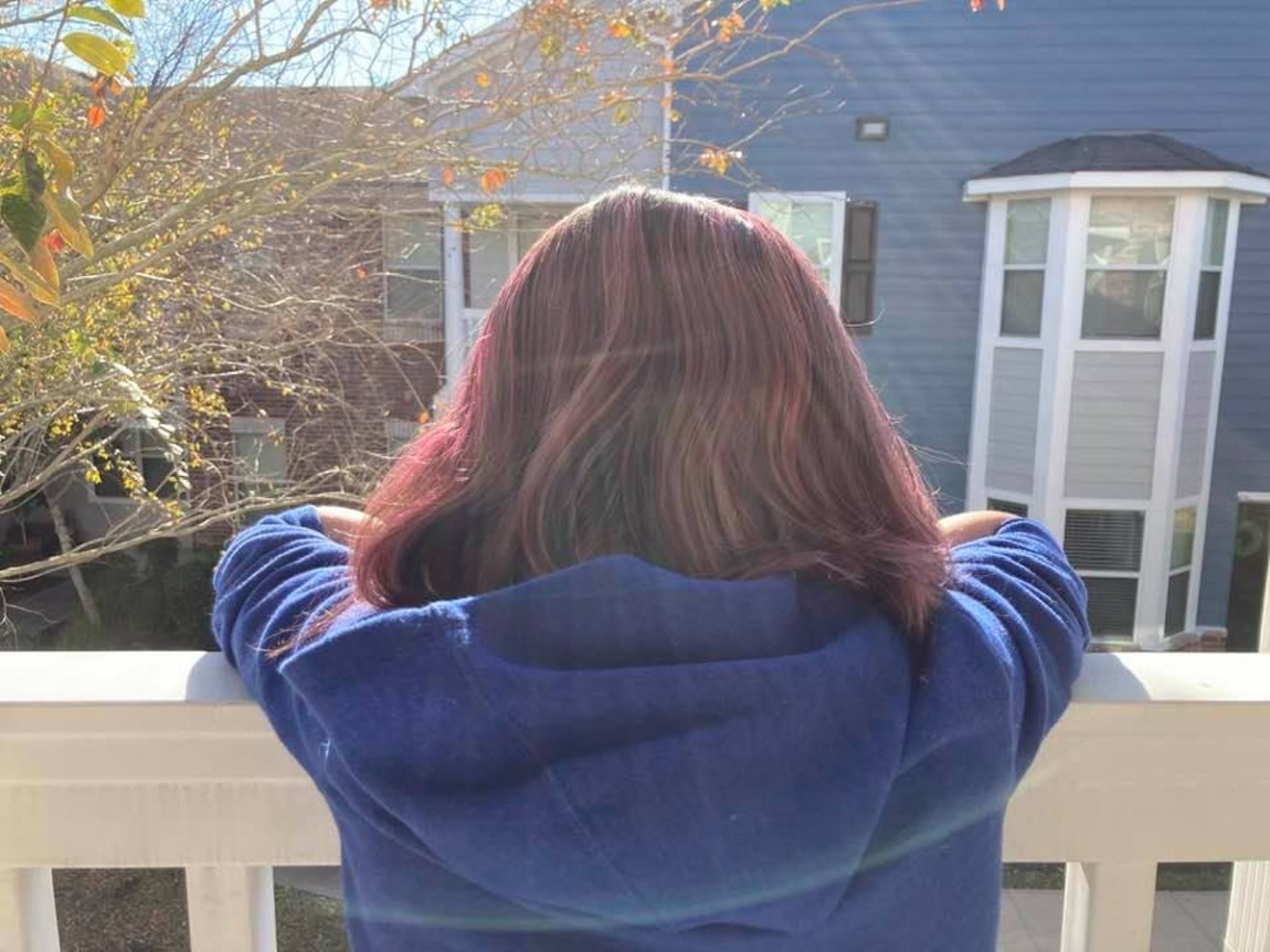 My kid has barely left the house for 16 months. Photo by Jef Rouner
Every Independence Day since my child was three, the Kid With One F has spent the night with my mother. Mum lives out on a big plot of land just outside Channelview where no one cares that the night will be filled with fireworks. Combined with my stepdad’s love of explosions, it’s always been a night of rare experiences for the kid that they look forward to. The kid had already packed their duffle bag for it three days in advance.

Around 1 a.m., my child called us in crying hysterics and asked me to come get them (my kid uses their, they, them as singular pronouns). I drove out to get them through a fog of gunpowder made into grimy mist by all the rain. My mum and stepdad were as baffled as I was. The kid had never asked to be picked up early from Nana’s before but had suddenly been struck with an anxiety attack that left their heart racing and with homesickness so profound they couldn’t sleep.

As I drove carefully home listening to them lightly sob in the backseat, it occurred to me that this was probably the first time that my kid had been outside of the house for longer than six hours in 15 months. Over the run of COVID, their world had shrunk so much that even someplace as beloved as my mum’s rambling property suddenly seemed alien and foreign. When I picked them up, they hugged me so hard that it literally hurt. I’m starting to think that this global tragedy may have done some irreparable damage to our children.

I’m certainly not alone. The Kaiser Family Foundation recently found that 31 percent of parents say their children’s mental health is worse than it was before the pandemic started. Increased irritability, clinginess, and fear have all been observed. Even though we put the kid in therapy (remote, of course) just as the plague hit, it seems to have only softened the blow.

Take the STAAR Test. My kid did fine, but if the scores released by the Texas Education Agency are any indication, then this past year has been responsible for some severe mental decline. Among the schools where in-person learning was less than a quarter of the school population, the number of kids who met expectations dropped 9 percent in reading and 39 percent in math. My child was absolutely obsessed with learning their STAAR score to the point they woke us up early on the day that the results were available. Even having met expectations, they fretted the whole day convinced that they had missed something or done something wrong.

For more than a year now, I’ve been living with an increasingly anxious, fearful kid that is regularly getting post-apocalyptic versions of important milestones. They started middle school in their bedroom. They missed birthdays, family gatherings, sleepovers, vacations, athletics, and who knows what else. Their whole world has been an apartment with very occasional trips to the store as their only exposure to other people physically. They made friends, but those friends exist mostly as blurred images on Facetime despite living within walking distance.

I don’t regret keeping my kid home in quarantine. TEA Commissioner Mike Morath might be saying “I told you so” when it comes to in-person learning, but I would like to gently remind him that the dead test even more poorly. More Americans have died from COVID than did fighting in World War II, and caution was necessary. With multiple members of our family in the vulnerable population, we didn’t really have a choice. I'm just glad my kid will finally be old enough to vaccinate in a few months.

However, there is no denying that caution came at a cost we may be paying for decades to come. This cataclysm has altered my kid’s generation forever. The price in human blood, the cruel idiocy of the deniers, and the isolation are all going to be foundational parts of their generation’s psyche. I’m not sure how to proceed, but I do know now that normal is never coming back. This hurt may never heal, and we are going to have to begin planning our next phase around that fact.
KEEP THE HOUSTON PRESS FREE... Since we started the Houston Press, it has been defined as the free, independent voice of Houston, and we'd like to keep it that way. With local media under siege, it's more important than ever for us to rally support behind funding our local journalism. You can help by participating in our "I Support" program, allowing us to keep offering readers access to our incisive coverage of local news, food and culture with no paywalls.
Make a one-time donation today for as little as $1.