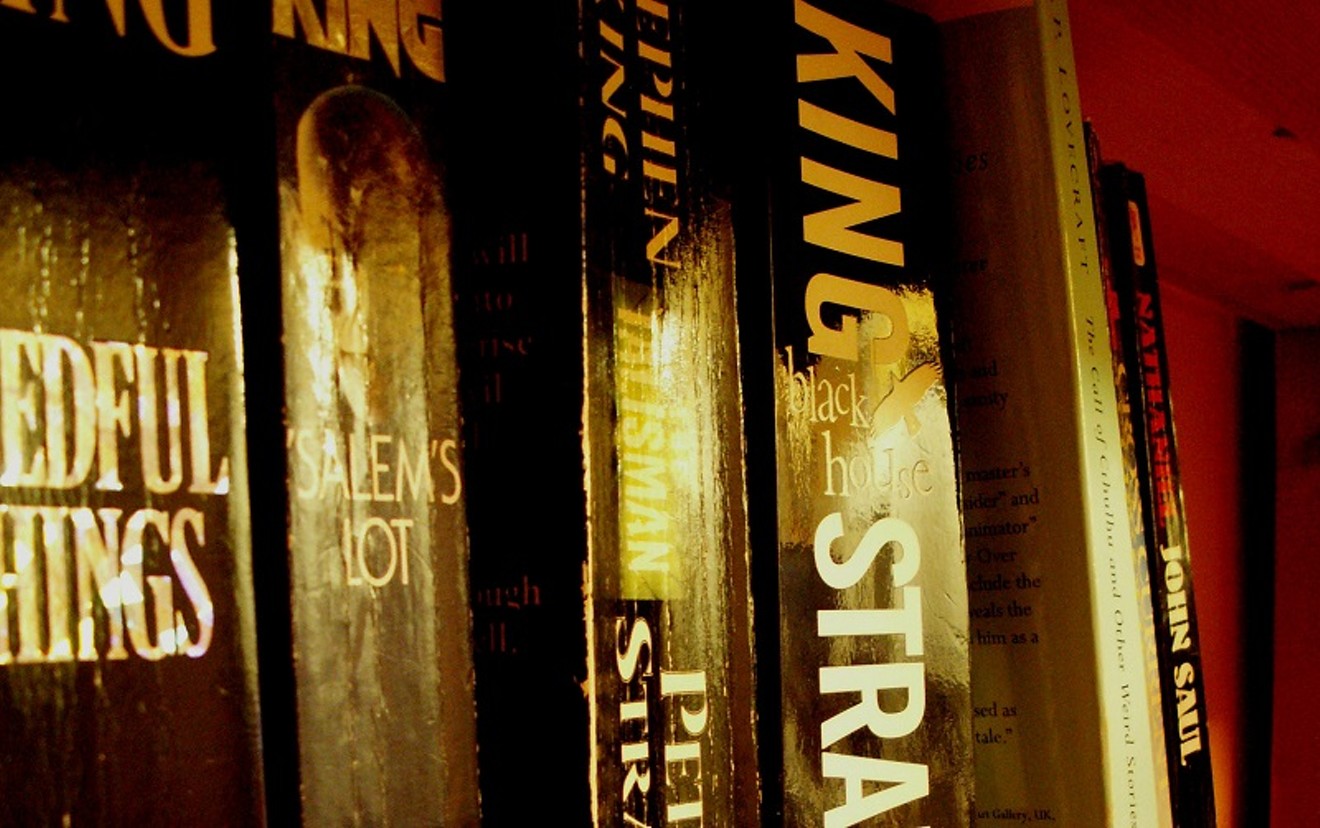 Here are some new books to add to your shelf. Photo by Bill Tyne/flickr
Horror literature is finally going through a similar renaissance as horror film. I sat down with a lot of scary books this year. Here are five of the best to enjoy while it still gets dark early.

5. Nothing But Blackened Teeth by Cassandra Khaw

A woman dreams of having a wedding in a Japanese haunted house, and that goes just about as well as you expect it to. Khaw’s novella is populated with some of the least likable characters in horror history (so much that you will actively root for their grisly deaths), but where the author truly shines is her command of language. Khaw can make a disembowelment read like Walden, and the book is worth checking out simply for the way they can paint the page with mind-melting prose about twisted things. No one working in horror today has Khaw’s way with words.

4. My Heart is a Chainsaw by Stephen Graham Jones

Jones is arguably the best horror writer working today, and My Heart is a Chainsaw is another homerun. In the small town of Proofrock, Indiana, a teenage delinquent named Jade sees the signs of an approaching slasher movie massacre and tries to prepare her final girl crush for the cataclysmic battle with mixed results. The early part of the book is a bit of a slog, though Jones expertly peppers in gruesome murders to keep things running on blood. Jade is a gift of a protagonist, desperately fighting with her own trauma and hatred for the town as she tries in her own misfit way to do good. Her journey is worth the read.

3. Near the Bone by Christina Henry

A woman named Mattie lives a secluded life in the mountains with her controlling, abusive husband until they discover their land is also home to a different kind of monster. Near the Bone is absolutely spellbinding. The duel between earthly and unearthly threats creates a near-constant tension that makes the book highly addictive. It’s a very rough read that leaves you battered, but Mattie’s fight for freedom and survival is something truly special.

The other slasher-film meta novel of the year comes from Grady Hendrix. In this world, our most famous slasher films were based on real life murders, and the women who survived them form a therapy group to try to heal. It’s not going well, but when some force starts attacking them, they must band together for one last horror movie battle. Hendrix has always had a very deft hand when it comes to how atrocity can affect mental health, and Final Girl Support Group is his best showcase of that yet. The action is riveting, and it’s all made even more fun by his encyclopedic knowledge of the genre that leave a ton of Easter Eggs in the prose for the sharp-eyed. No one balances the funny and the tragic like Hendrix.

1. The Last House on Needless Street by Catriona Ward

Catriona Ward has changed the game forever with The Last House on Needless Street. The book follows a mentally ill man who may or may not have committed a terrible child murder as he tries to unravel his own fractured psyche. Fans of I’m Thinking of Ending Things will feel right at home here, but even that novel cannot prepare you for the twists and turns of the plot. Ward expertly leaves breadcrumbs throughout the prose that make the reader question everything they thought they knew so far, peeling back the skin, the bone, the brain, and then into a nameless horror. What is even more surprising is that she somehow turned in a happy ending, which is no small feat after the spine-tingling ride. If you read no other horror novel, read The Last House on Needless Street.
KEEP THE HOUSTON PRESS FREE... Since we started the Houston Press, it has been defined as the free, independent voice of Houston, and we'd like to keep it that way. With local media under siege, it's more important than ever for us to rally support behind funding our local journalism. You can help by participating in our "I Support" program, allowing us to keep offering readers access to our incisive coverage of local news, food and culture with no paywalls.
Make a one-time donation today for as little as $1.