Beartown: A World Centered on Youth Hockey and the Town That Depends on It 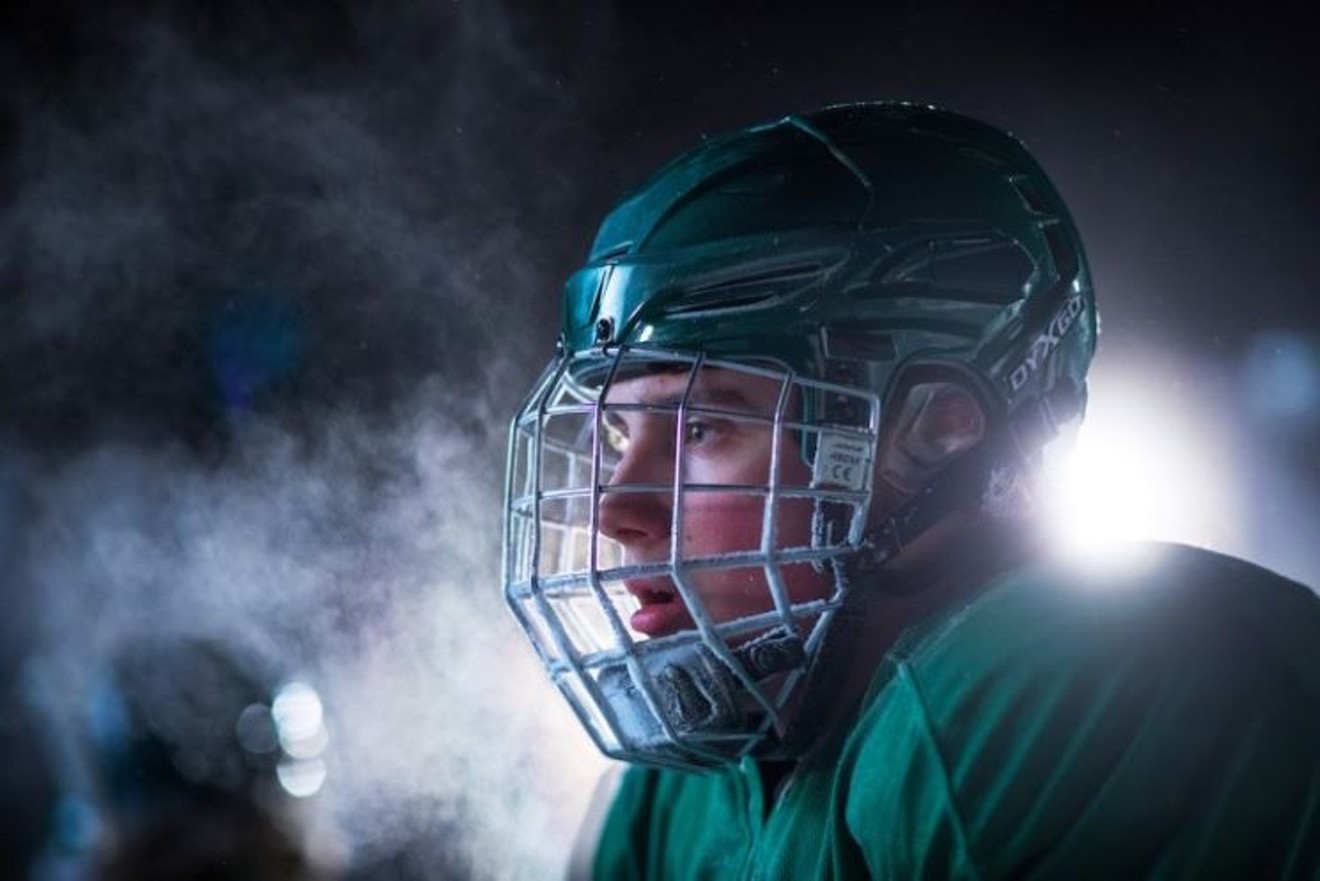 In Beartown, Hockey is everything. The small Swedish town’s hopes and destiny are tied to its hockey club’s success and failures. In comes Peter Andersson (Ulf Stenberg), a recent NHL retiree and Beartown native, who is tasked with turning the team around and hopefully the town’s fortunes with it. A horrific crime shakes the city’s foundation just as the junior hockey team starts rising through their league, calling into question the town’s toxic culture. The first scene of the first episode shows an unknown individual fleeing from an unknown rifle-holding pursuer. Shots ring out through the frozen landscape. What caused this chase is the mystery of the show and unfolds through Beartown's junior hockey team’s rise and fall.

Peter Andersson quickly puts all of his focus on the junior team led by the supremely talented Kevin Eradhl (Oliver Dufåker), the best player the town has produced since Peter himself. Kevin is the town’s superstar; everyone loves him and puts all of their hopes and dreams on his young but broad shoulders. Kevin’s father is an old nemesis of Peter who pushes his son extremely hard (physically and emotionally). The elderly manager of the team remarks, “He will either make the NHL or the psych ward,” everyone knows his father pushes him too hard, but that’s what’s expected in Beartown.

Peter is experienced and ruthless in getting his job done. He pushes the players and his staff to the maximum, wringing out every ounce of production he can from everyone around him. If Peter fails, then the hockey club is no more, and without the jobs it brings, the town will crater. Peter retired from the NHL; there are whispers his career fell apart because of his drinking after he and his wife lost a child. He has accepted this opportunity not knowing that the club's sponsors would be putting everything on his shoulders to save the town.

The local culture reflects all that dependency on the hockey team. Consequences are almost non-existent for misbehaving players, who are filled with entitlement and the “boys will be boys” attitude everyone has. Maya (Miriam Ingrid), Peter’s daughter, enrolls at the high school. She quickly experiences the town’s crazy obsessiveness with hockey and the resulting impact on the boys that play it. She innocently flirts with Kevin and is the primary lens into the toxic environment the boys inhabit.

Beartown is based on the New York Times best-selling novel of the same name by Fredrik Bachman. What could be a cheesy sports story where the team triumphs, in the end, becomes so much more. Besides the sense of entitlement, the series explores rape, race, bullying, masculinity and sexuality in a town revolving around its young athletes. It's as if a Texas high school football team was the deciding factor for a town’s economic future, and if they don’t win the state championship, then everyone suffers.

At its core, it’s a teen sports drama, like Friday Night Lights, with a darker and more realistic, and focused look at its world. Some multiple storylines and characters bring depth to the town and its sensibilities. The series has subtle moments and threads that explore race and bullying and also masculinity and sexuality. The hockey team and everyone around it serve as the catalyst for everything the show is trying to say.

Hockey is inherently cinematic, and the game day sequences are engaging and dramatic. You have crowds of adults cursing out teenagers from the stands and coaches clashing words with each other like you would expecting high stakes competition. The game’s physicality is apparent, and the gracefulness it takes to perform on ice through the game’s excellent choreography. Everything feels authentic and unique to the sport, and you still get some of those classic sports movie moments like the underdog coming up when it matters most.

Overall, Beartown is another foreign HBO series that has found a new audience on HBO Max after its initial run overseas. It’s an entertaining teen sports drama with important ideas. It’s almost entirely in Swedish with English subtitles. If you can get past the language barrier and embrace the show for what it is, then it is worth checking out at only five episodes.

Beartown is available to watch on HBO Max.
KEEP THE HOUSTON PRESS FREE... Since we started the Houston Press, it has been defined as the free, independent voice of Houston, and we'd like to keep it that way. With local media under siege, it's more important than ever for us to rally support behind funding our local journalism. You can help by participating in our "I Support" program, allowing us to keep offering readers access to our incisive coverage of local news, food and culture with no paywalls.
Make a one-time donation today for as little as $1.