Bloody Hell: The First Bananas Horror Film of the Year 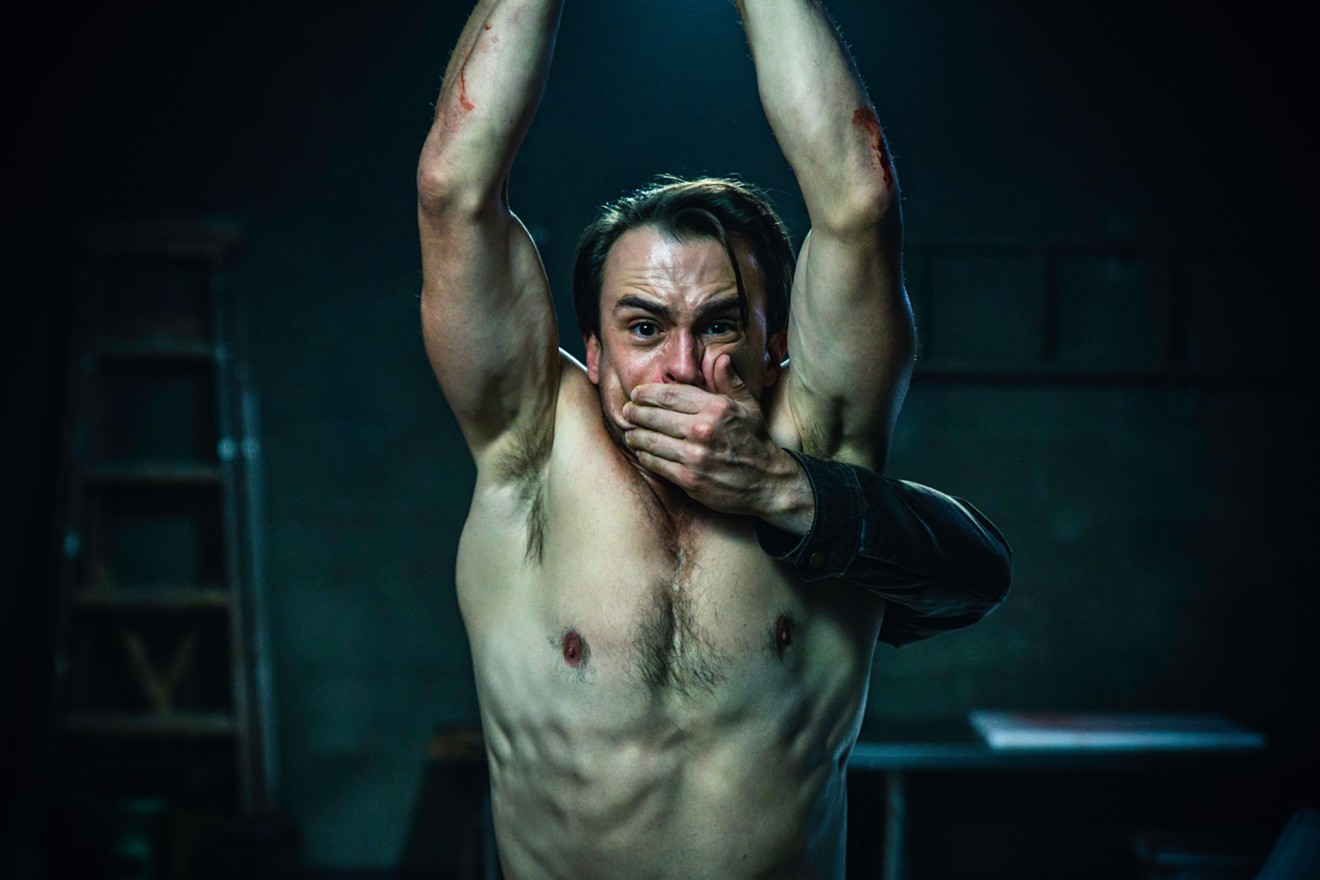 Ben O’Toole stars as Rex, a former soldier that just got out of prison after he played vigilante hero during a bank heist with gruesome results. Now a tabloid sensation, he flees to Finland where he is immediately kidnapped by a cannibal cult. Luckily, our strapping wannabe hero has already captured the heart of the family’s reluctant and comely daughter Alia (Meg Fraser), who may be the key to him getting out alive.

In reality, odd throuple. Another twist in the plot is that Rex sees a projection of himself that encourages him to give in to his darker impulses. A good quarter of the film is O’Toole playing a dual role as captured victim and manic personal angel. It’s a technique pioneered and perfected by Carla Gugino in Gerald’s Game, but O’Toole gets to add more physicality to the role, and it makes him dance between twin personas of hero and opportunistic killer.

It’s kind of shame that the execution of the themes in the movie are too weak to really carry the weight of that trick. There is so much packed into Bloody Hell’s 90-minute runtime that there’s just not much room for deeper exploration. The war between O’Toole’s violent nature and his desire to be a good man is interesting if a little stale by now. One character even remarks that half of the people who know of his actions during the bank heist think of him as Batman and the other half think of him as Joker. Watching another white dude give into his demons is definitely something I already get too much of on the news right now.

That said, it’s not something that should keep anyone from thoroughly enjoying a zany, gory good time. It’s easy enough to focus on the horror of Alia’s family as well as Rex’s fight for his life. The last 20 minutes are a blur of action not seen since Ash Williams grafted a chainsaw on his hand and said “groovy.” Bloody Hell is body horror jubilee with a romance angle hot enough to thaw frozen meat. Where it tries too hard to make a statement about its hero’s soul the film is a tad out of its depth, but when the cutting starts the film really shines.

Bloody Hell is available through video on demand as of January 14.
KEEP THE HOUSTON PRESS FREE... Since we started the Houston Press, it has been defined as the free, independent voice of Houston, and we'd like to keep it that way. With local media under siege, it's more important than ever for us to rally support behind funding our local journalism. You can help by participating in our "I Support" program, allowing us to keep offering readers access to our incisive coverage of local news, food and culture with no paywalls.
Make a one-time donation today for as little as $1.